The language in Africa belongs to many different language families and varies greatly in structure. One expects that there are just over 2000 different African languages. Then dialects are not included.

In the face of the census, Africa is the world part that has the largest linguistic diversity. One possible reason for this is that Africa is a “human being”. In Africa, Homo sapiens originated some 300,000 years ago, in Africa the language must have originated more than 100,000 years ago, and in Africa the language has had a much longer time to divide into different variants than any other city in the world. But on the whole, the linguistic diversity is huge in those parts of the world where people don’t have to travel – or can travel – so far to get everything they need. This applies to tropical and subtropical regions throughout the world – that is, not just Africa, but equally in South and Central America and New Guinea area.

Since the American linguist Joseph Harold Greenberg in 1963 published the book The languages ​​of Africa, it has been customary to divide the African languages ​​into four main families, as shown below.

The speech on familiar is still highly contentious. Many linguists believe that the basis for operating with just four familiar is deficient, and that a more realistic number lies more than twenty, according to the article language families and language isolate in Africa.

There are some languages ​​in Africa that Greenberg did not include in his classification, because they belong to language families in other parts of the world. In Madagascar, they speak (mada) Gassi, which belongs to the Malayo-Polynesian language of the Austronesian language family. In eastern and southern Africa, indigenous languages ​​such as Hindi and Gujarati are benefited by immigrants from the Indian subcontinent. In southern Africa, the Germanic languages ​​become English and African useful to both European immigrants and people of African descent. Several cities in Africa find people who speak Creole languages. Greenberg also did not use the sign language for the deaf.

The classification of African languages ​​at Greenberg

In 1963, American linguist Joseph Harold Greenberg presented a classification of languages ​​in Africa based on countries listed by Countryaah.com. He divided them into four language families, with some subgroups: 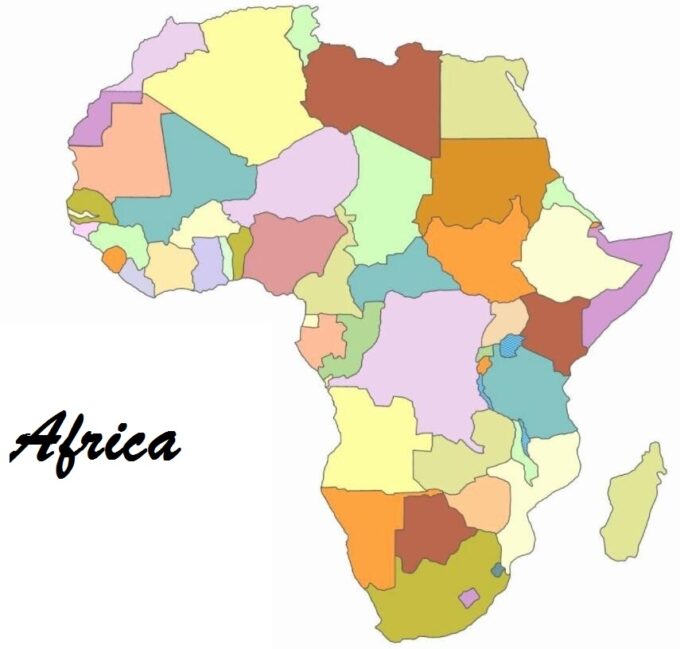 Due to the large linguistic diversity in Africa, a number of regional aid languages (lingua franca) are being used across language boundaries, peoples groups and national borders. In North Africa, Arabic is most prevalent, in East Africa Swahili and in West Africa the Hausa. Other important auxiliary language is Lingala, fanagalo, Sango, Bambara-maninka, fulfulde, Amharic, Wolof and Congo. Many cities in Africa – among others in parts of Senegal, Mali, Nigeria and Cameroon of – one has to master three languages ​​in order to function in society: the local first language (the mother tongue), the regional auxiliary language and the national official language.

It is not uncommon for the old colonial language to be the only language that children learn at school, despite the fact that the children do not speak this language when they begin school – with dramatic consequences. It often takes years before students understand everything that happens in the hour, many have to go years on the same school steps, and many drop out of school.

In the countries where local languages ​​are used in school, this applies with few exceptions to the first years of primary school. In the upper classes in the elementary school and in the upper secondary school, the language of the colony dominates, and in the universities they are almost exclusively monolingual. The widespread lack of textbooks in African languages ​​is an important reason for this situation. In Ethiopia, Amharic is the official language, while all teaching at the University of Addis Ababa (Addis Ababa University) is in English.

African languages ​​do not belong at home to a long line of different language families. These also vary greatly in grammatical and phonological structure.

One very widespread grammatical phenomenon in African languages ​​is genus : nouns are divided into two or more groups that required different congruence by different adjectives, speech words and pronouns. In Afro-Asian languages, it is common to have two genders, masculine and feminine. In some khoisans, such as khoekhoe, there are three genus, masculine, feminine and neuter. Languages ​​in all branches of the Niger-Congo family except for the male language has genus, usually between ten and twenty, which differ semantically from one another by contradictions such as human/non-human, countable/non-countable or form. Another typical feature of African languages ​​is that syntactic function is expressed in ways other than the case. Kasus is generally found in Afro-Asian and Saharan languages. In other languages ​​it is usually word order or morphological marking on the verb that shows what is the subject or object of the judge.

African languages ​​vary greatly phonologically. While the Berber language allows many consonant groups, as in tashelhit lqiṣt ‘history’, in many bantu languages ​​a consonant must always be followed by a vowel, as in the Zulu isikole ‘school’. Most sub-Saharan languages ​​have tone (word differentiating tone), cf. Hausa bààbá ‘daddy’ and báábà ‘mom, aunt’, whose gravity accent (`) marks low tone and acute accent (´) marks high tone.