Ethiopia. Twelve leading members of the Tigre people’s liberation front, the dominant party in the government coalition, were excluded from the party in March after criticizing Prime Minister Meles Zenawi for failing to wage war against Eritrea. President Negasso Gidada was expelled from the Oromo People’s Democratic Organization (OPDO), also part of the government, accused of supporting the dissidents. The President, in turn, criticized the Prime Minister for abuse of power since he was appointed a general and closely allied to the new chairman of OPDO.

In October, the president’s term in office expired. As the new head of state, an almost ceremonial task, Parliament elected 76-year-old Girma Wolde-Giorgis, a partyless member who had previously been a member of the parliament. President.

In April, unrest erupted at the University of Addis Ababa, since management banned a student newspaper and dissolved the student council. Police stormed the university and battered students. A week later, the riot police turned down a demonstration organized in support of the students. At least 30 people were killed and 250 injured when the police fired sharply.

Security service chief Kinfe Gebre-Medhin was murdered in May. He was close to the prime minister and the murder was believed to be linked to the conflict within the government. In August, Speaker Almaz Mako left the country and joined the armed separatist movement Oromo’s liberation front.

Former President Mengistu Haile Mariam was granted a permanent residence permit in Zimbabwe and thus learns to avoid being extradited to Ethiopia, where he is charged with crimes against humanity.

The general election will be held on June 5, 2021, the election authority announces. The election was supposed to take place on August 29, 2020 but was postponed due to the corona pandemic. The decision to postpone the election became a trigger for the armed conflict in Tigray, which chose to hold state elections anyway.

More than 200 people killed in massacres in western Ethiopia

More than 200 people are killed when gunmen attack a village in the Metekel area of ​​Benishangul-Gumuz in western Ethiopia, according to the Independent Ethiopian Human Rights Organization (EHRC). The village is attacked before dawn and the people are shot dead or burned inside while they are asleep. Their salvaged crops are burned. Among the victims are 133 adult men, 35 adult women, 17 children (including a six-month-old infant) and 20 elderly people. It is not clear who is attacking whom. According to local leaders, the gumuz ethnic group has been attacking mainly Amhars in recent times. The conflict is said to concern competition for land and water. The largest ethnic groups in Metekel are Oromos, Amharic and Shinasha.

The EU is withholding aid

The EU is withholding payments of almost 90 million euros in support of Ethiopia’s state budget, reports the news agency AFP. The reason is the military offensive in Tigray and should be seen as an expression of the EU’s desire to see an end to the war and that the conflict is “resolved by political means”. The Union also expresses concern at the restrictions on media and humanitarian aid in Tigray.

Power and mobile coverage back in Tigray’s cities

The Ethiopian government’s blocking of mobile communications, internet and electricity supply in Tigray during the military offensive is partially lifted. It is mainly the larger cities that get back power, internet and mobile coverage, while the countryside is still isolated. The communication ban has been combined with severely limited opportunities for mobility within the state.

The International Committee of the Red Cross succeeds in reaching the town of Mekelle in Tigray with seven trucks filled with, among other things, medicines and medical equipment for 400 injured civilians. This is the first time international emergency aid has reached the civilian population in Tigray since the outbreak of war on 4 November. Prime Minister Abiy stresses that the Ethiopian government will lead the distribution of humanitarian aid in Tigray. He adds that food and medicines are delivered from Addis Ababa.

The United States has told the media that new intelligence indicates that Eritrean forces were inside Tigray during the government’s military offensive in the state. The United States has previously praised Eritrea for failing to respond to three rocket attacks on the capital, Asmara, in November. Prime Minister Abiy denies that Eritrea has assisted Ethiopia in the fight against the TPLF.

The relief work is almost at a standstill

The Ethiopian government is sending 30 trucks of wheat to Tigray without UN intervention. Almost no foreign aid organizations manage to enter Tigray and distribute their aid to the civilian population. There are about 600,000 internally displaced people in Tigray. Around 96,000 Eritrean refugees live in four camps in northern Tigray. The UN has been trying to reach these camps for over a month without success. The Danish Refugee Council reports that three of their employees on site in Tigray have been killed and the International Rescue Committee has had one employee killed.

New agreement with the UN on humanitarian aid

The UN and Ethiopia have made a new agreement which means that humanitarian aid can unconditionally reach out to all those in need throughout the state of Tigray, announces UN Secretary-General Antonio Guterres. Friction arose between Ethiopia and the UN when the first agreement on humanitarian aid did not work as Ethiopian forces prevented UN workers from moving freely.

Human rights violations in Tigray and discrimination against Tigrayans

Michelle Bachelet, head of the UN Human Rights Council, warns that the situation in Tigray is about to get “out of control” and that it has a devastating impact on the civilian population. She opposes Abiy’s statements that the war is over and says that fighting is continuing in the state. According to Bachelet, a number of reports have been received by the Council about serious human rights violations committed by both sides in Tigray. She mentions sexual violence, looting, kidnappings, attacks on civilians and forced recruitment. Bachelet expresses strong concern that humanitarian aid to the civilian population is very difficult to reach those in need. She also warns that both attacks and discrimination against Tigrayans are increasing around Ethiopia.

Squeak between the UN and Addis Ababa

The UN expresses deep concern that their aid workers are failing to reach the needy in Tigray and accuses Ethiopian government forces of hindering them. A government source says that on December 6, soldiers fired on UN personnel and temporarily detained them after UN workers drove through military posts without permission. The Internet and other communications have been down since the military offensive began on November 4, which complicates both relief work and media reporting.

The Ethiopian government promises that the UN will be allowed to bring food, medicine and other humanitarian aid to the civilian population in Tigray. The International Committee of the Red Cross reports that the hospitals in Mekelle are full of patients. In refugee camps in northern Tigray, near the border with Eritrea, it is estimated that close to 100,000 Eritrean refugees will soon be without food. At the same time, the number of Ethiopians moving to Sudan is approaching 46,000. 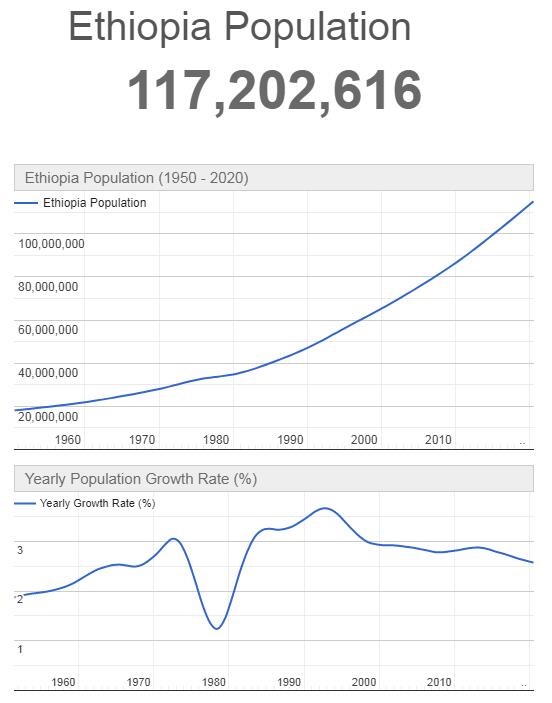