Mozambique. Hundreds of thousands of people were forced to leave their homes along the Zamezi River following new floods at the beginning of the year. Mozambique had not yet recovered from the floods in 2000, which led to a sharp slowdown in several years of rapid economic growth. In April, the government announced that growth in 2000 was just over 2% against the estimated 8%.

However, Mozambique was rewarded for good financial management by receiving a debt relief of USD 600 million from the International Monetary Fund and the World Bank. Along with other credits and bilateral debt write-off agreements, Mozambique’s foreign debt decreased by 73% to US $ 1.5 billion.

By the beginning of 98, a cholera epidemic had cost 800 lives. The disease spread especially in the south and in the central provinces. An UN report from October estimated that life in Mozambique had dropped to 47 years. This is primarily due to AIDS. The country is among the 9 most affected countries in Africa. Without this disease, life expectancy would have been 64 years.

The renewed trade relations with South Africa enabled economic growth of 11% in 1999 – one of the highest in the world. The outlook for 2000 was slightly poorer – below 10%.

FRELIMO won the parliamentary and presidential elections in December 1999, and Chissano was re-elected president. RENAMO criticized the government for electoral fraud.

In February 2000, the main lender countries had agreed to grant Mozambique 1½ years postpay for the payment of its foreign debt, but after extensive floods in March 2000 affecting the whole country, Germany proposed to cancel the country’s total foreign debt of 1½ billion. dollars. Over 1 million people were displaced and over 200 died as a result of the disaster.

In November, journalist Carlos Cardoso was murdered. He was the editor of the independent newspaper Metical and was in the process of investigating corruption in politics and business. A few months later, 6 people, including 2 important business executives, were charged with the killing. The state prosecutor accused the entire legal system of incompetence, corruption and abuse of power.

The 2001 UNDP Annual Report placed Mozambique in one of the last places for the Human Development Index (HDI). At the same time, the country is one of the lowest female participation in the mass media.

In early 2002, malaria developed epidemically and was the leading cause of death in the country’s hospitals, which received about 800 patients daily. Some of the largest hospitals in Maputo had to place two patients in each bed.

In 2002, Frelimo elected independent politician Armando Guebuza as their candidate for the 2004 presidential election. Chissano declined to run for the third time. That same year, two of the accused in the trial of the murder of journalist Carlos Cardoso stated that President Chissano’s son, Nymphine Chissano, was implicated in the murder of Cardoso. However, it was rejected by Nymphine. In 2003, Brazil agreed to build a plant for the production of AIDS medicine, thus reducing the enormous devastation the disease causes among the country’s population.

In February 2004, Lutheran missionary Doraci Edinger was murdered in Nampula in the north of the country. He had already been blackmailed after revealing an active smuggling ring in human organs in the region in late 2003. A group of Catholic missionaries had brought similar charges to Mozambique’s Human Rights League. They described how dozens of children had disappeared from the region and were later found without a heart, eyes, kidneys or liver. Following the prosecution, these missionaries had also been subjected to death threats.

After conducting tests on 1,600 children in Mozambique, scientists and pharmaceutical companies were able to present a possible vaccine against malaria in October. The test was the largest conducted so far in Africa, and it was to confirm that the vaccine was safe to use in 1-4 year old children. The multinational group GlaxoSmithKline declared that it could have the new vaccine on the market by 2010, and estimated that the price would be $ 10-20 per year. dosage. However, at the same time, the group’s doctors determined that it was necessary to conduct further studies on the effect of the vaccine in the future before it could be released. 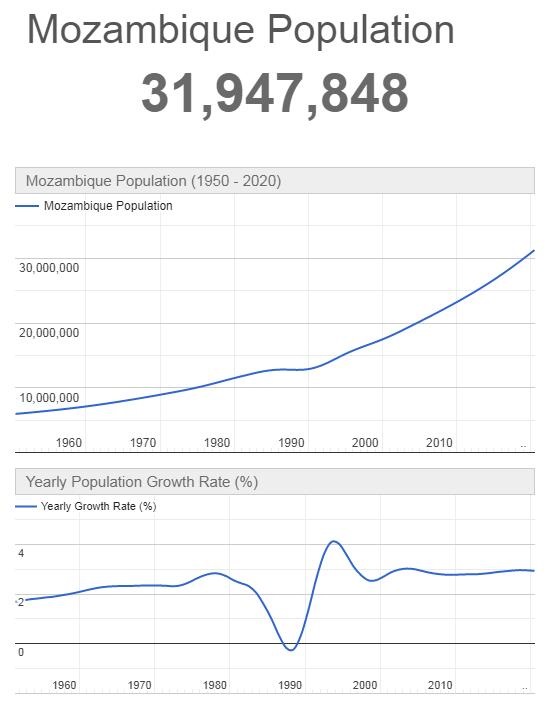