Libya. Former Libyan agent Abd al-Basit al-Magrahi was sentenced on January 31 to life in prison for the murder of 270 people in connection with the blast attack against a US passenger plane over Scottish Lockerbie in 1988. Another former agent was released at the trial, held in a Scottish court on a military base in the Netherlands. The verdict against al-Magrahi was based primarily on testimony from a Maltese shopkeeper who stated that al-Magrahi had purchased the fabric in which the explosive charge was believed to have been wrapped. al-Magrahi appealed against the verdict. Following the verdict, Libyan leader Muammar al-Khadaffi denied all official Libyan involvement in the act, but he said Libya accepted the verdict and demanded that the remaining international sanctions against the country be lifted. Britain and the US responded that Libya must first distance itself from terrorism.

In early August, the United States extended its financial sanctions against Libya and Iran. Foreign companies that invest more than $ 20 million in the oil industry in one of the countries will be financially penalized by the United States. The EU criticized the US decision.

Four people with a Libyan connection were sentenced in November 13 in Berlin for an explosive attack against a disco in the city of 1986 when two Americans and one Turkish were killed. The court found that the Libyan intelligence service and the embassy in what was then East Berlin had planned the attack. Two of the four were sentenced to 14 years in prison, the other two to 12 years. The blast attack triggered US bomb attacks on Libya, which in turn led to the Lockerbie attack.

A Tripoli court sentenced seven people on May 21 – including five guest workers from other African countries – to their death for their involvement in the violent clashes between Libyans and guest workers, which in 2000 demanded the death of a number of guest workers. A further twelve people were sentenced to life imprisonment.

During the year, al-Khadaffi invested heavily in profiling itself as an Africa’s strong man. At the founding of the so-called African Union in July, he emerged as a unifying force. In July, he also pledged $ 1 million to help President Robert Mugabe in Zimbabwe win the impending election there. At the same time, he promised to supply Zimbabwe and Ghana with fuel to avert imminent energy crises. Similar talks were held with Sierra Leone and Ivory Coast. Together with Egypt, Libya tried to bring an end to the civil war in Sudan.

Libyan troops defended President Ange-Félix Patassé in the Central African Republic in connection with two coup attempts in May and November, respectively.

From around the year 1000 BCE. the Phoenicians of the Levant entered into agreements with the Berbers in Libya, and set up trading stations on the coast; eventually several colonies that formed the basis of a Berber-Phoenician empire with influence in the Mediterranean. The best known of the Phoenician cities of Libya are Leptis Magna, Oea (Tripoli) and Sabratha; another is Carthage in later Tunisia. It is also believed that Sirte may have been established by the Phoenicians. The influence of Carthage was great, and the common language was punish (Carthaginian).

The Phoenicians are the first known people who established settlements from outside Libya. They settled on the coast, preferably on peninsula where there were good port conditions – and a good overview in terms of defense. They were primarily traders, less conquerors, and sought contact with regard to trade more than military control. Agricultural technology developed in the Phoenician areas of Lebanon was brought to Libya, and the coastal plains were cultivated. Several important crops must have been introduced by the Phoenicians, including olives, grapes, figs and peaches.

The area later known as Fezzan was dominated by a nomadic people, garamantes, who immigrated before 1000 BCE. and founded a kingdom – the Garamantes Empire – on the trade routes between Sudan and the Mediterranean. From here, they controlled much of the trade in the region, and the Romans entered into an agreement with them in the first century.

The Greeks were conquerors who subjugated areas of colonization as well as trade. Minoan and Greek seafarers sailed along North Africa, and Greek colonization began in the 7th century BCE. with the establishment of the Kyrene, following the tradition in 631 BCE. – with Aristocles as the first Greek king over Kyrenaika, under the name Battus 1.

For the Greeks, Libya was considered one of three continents, alongside Europe and Asia. The borders were undefined – as an area west of ancient Egypt – before Libya was more recently linked to the three areas Tripolitania, Kyrenaika and Fezzan, which in modern times became the state of Libya. The Greek historian Herodotus referred to the country as encompassing the area west of Egypt and to the Atlantic coast, and described its inhabitants as two peoples: the Libyans in the north and the Ethiopians in the south. Later, several tribes were discussed.

The Greeks established five colonies in Kyrenaika: Cyrene, Apollonia, Ptolemais, Taucheira and Berenike (Benghazi). These became known as Pentapolis – ‘the five cities’. These had extensive self-government, and Greek control was confined to the coastal areas; south of these, the Berbers maintained their rule and way of life. Relations between the Libyans and the Greeks gradually deteriorated, and Libyan leaders asked Egypt for help. In 570 BCE. Egyptian forces entered Greek Libya, but were beaten – then normalized. The Greek city-states resisted pressure from both the Egyptians in the east and the Carthaginians in the west, but were conquered by the Persians in 525 BCE, partly as a result of internal divisions and after they had conquered Egypt. The Persians went west to Benghazi, and Libya remained under Persian and then Egyptian rule to the area was taken back by the Greeks under Alexander the Great in 331 BCE. A number of coastal cities were founded by the Greeks; In particular, the largest were by far independent city states, and entered into changeable alliances with other cities. At the same time, they joined forces to confront Carthage, who had always opposed the Greek colonization of Kyrenaika. Trade between Kyrenaika and Carthage took place just as fully, while the Carthaginians competed with the Greeks for trade through the Sahara. In 500 BCE a war broke out between Carthage and Kyrenaika. After Alexander the Great’s death in 323, the Greek empire was divided into three, and the control of Kyrenaika was given to one of his generals, Ptolemy, who founded the Ptolemaic dynasty, based in Alexandria, Egypt.

The Ptolemaic regime was unpopular, and was met with rebellion, but experienced a boom. The cows became one of the foremost intellectual and cultural centers in the Greek world, and were featured as a medical center. At this time, in the transition from Greek to Roman influence, there were several Berber kingdoms in North West Africa, including Libya. 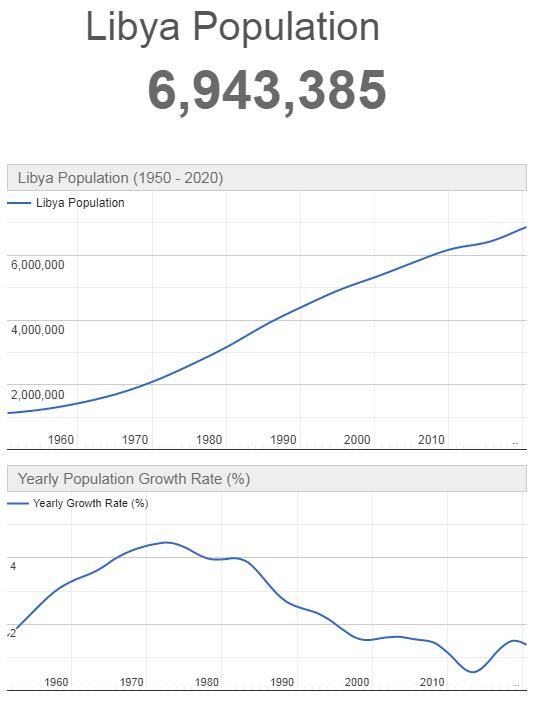