Mauritania. In April, opposition politician Chebih Cheikh Ould Melainine, leader of the Front Populaire (FP), was arrested accused of planning sabotage and terrorist actions. After demonstrations against the arrest in Nouakchott, the trial was moved to another location.

FP rejected the allegations against Melainine, and the process was also criticized by human rights organizations. In June, the FP leader and two of his party mates were sentenced to five years in prison. At the same time, Mauritania’s renewal party (PMR) left the government coalition demanding that Melainine be released.

Independent Mauritania’s first president Mokthar Ould Daddah returned to his home country in July 22 years after he had crashed into a coup. Ould Daddah said he would not get involved politically.

The October parliamentary elections marked a clear victory for the ruling party Parti Républicain Démocratique et Social (PRDS), which received 64 of the 81 seats, but the opposition could also point to success. In the municipal elections held simultaneously, PRDS won 61% of the vote.

The way in which the elections were conducted was praised by, among other things, The EU. In the capital, few people voted, but in rural areas voter turnout was higher. During the ten years that M. officially had a multi-party democracy, most opposition parties have previously chosen to boycott the elections.

In September, the country’s former human rights commissioner Lemine Ould Dadde was arrested on a charge of fraud. Among other things. Amnesty International now believed the cause was Daddy’s work for human rights in the country. Despite bans, slavery continues to be widespread in the country, and activists fighting and revealing slavery are frequently harassed and arrested by the authorities.

In February-March 2011, “the Arab Spring” reached Mauritania. The opposition conducted demonstrations against the dictatorship, but they were severely beaten by security forces and anti-terrorism laws were used against the opposition.

In March 2012, Libya’s former intelligence chief Colonel Abdullah al-Senussi was arrested at Nouakchott airport. The militia in Libya demanded him extradited to prosecution there, but at the same time the ICC demanded him extradited to prosecution in The Hague. The ICC had already issued an arrest warrant against him in June 2011. However, Gadaffi had fired him as intelligence chief on March 1, 2011. The Western world fears al-Senussi because he has full knowledge of the West’s use of Libya in its torture programs since 2001.

In October 2012, Abdel Aziz was injured by gunshots. There was conflicting information about where he had been hit and whether it was an accident or an assault, but the dictator survived.

Authorities sentenced blogger Mohamed Cheikh Ould Mohamed to death for blasphemy in December 2014. He had published in January an article criticizing the caste system in Mauritania, and had referred in the article to the Prophet’s writings. Reporters Without Borders condemned the death sentence. Also in December, blogger Mohamed Mkhaïtir was sentenced to death for being converted from Islam. He had written a blog criticizing the use of religion to marginalize certain groups in society. 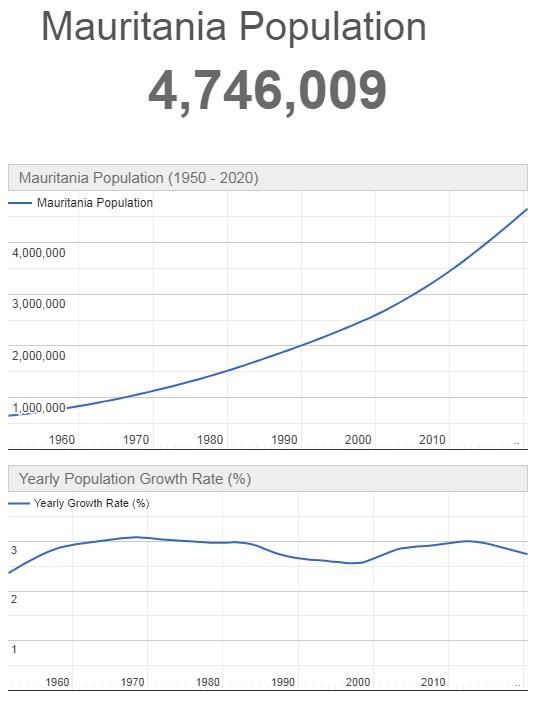