South Africa. In April, the government won a big victory against 39 foreign drug manufacturers, who brought it to court for deciding to import cheap copies of large companies’ AIDS drugs. The companies considered that their patent rights were infringed, but they decided, after severe public pressure, to withdraw their notification.

Security Minister Steve Tshwete in April accused three prominent members of the ANC government party, including former Secretary-General Cyril Ramaphosa, of having planned to overthrow President Thabo Mbeki. The charges were not specified and were rejected jointly by the three. The information did not win much public confidence, but diluted the image of an ANC whose top leadership has become increasingly powerful and isolated.

In April, the Government appointed an inquiry into alleged bribery in connection with the Defense Force’s major order in 1999 of military equipment from, among other things. Sweden. The investigators cleaned the government as such in November but considered that a number of irregularities had occurred when the purchases were made. A number of people with influence over contract writing were suspected to have had personal interests in some of the European companies that would supply the equipment.

The year-old Democratic Alliance (DA) split during the fall. The DA was a close collaboration between the New Nationalist Party (NNP), heir to the old apartheid party NP, and the Liberal Democratic Party (DP). After the split, the NNP instead approached the ANC. With a speed that surprised most appraisers, and ordinary party members, the two parties agreed in November on cooperation at all political levels. This opened an opportunity for the ANC to take control of the Western Cape Province, which is governed by the DA and which was the only one of South Africa’s eleven provinces where the ANC did not participate in the government.

In the official white South African history, it was previously claimed that South Africa (Azania) was almost empty when European immigration began in the 1600s. However, already there was a substantial and composed African population at that time. Both by the original locals – khoikhoi and sart (by Europeans later called “hottentots” and “bushmen”) – and by Bantu-speaking immigrants from the north.

During the colonial pillar of the mercantilist period, a European supply and trade station was needed on the road to Asia. In 1652, the Dutch East India Company established such a base on the southern tip of the Cape. The Portuguese sailor, Vasco da Gama, had already celebrated Cape of Good Hope 150 years earlier, but the Portuguese were more interested in India and feared the local khoikhoi people who had settled in the area over 1000 years earlier and who were hostile to foreigners mariners.

Jan Van Rebeck was the first Dutch to oppose the khoikhoi people. He founded a colony on the southern tip – which would later become Cape Town – and started a production of food supplying the ships all the way to Indonesia. In 1688 about 600 peasants lived in the colony. They spent their time farming and waging war against the Khoikhoi. Despite the small size of the colony, the first Dutch settlers were strongly united and aggressive. Two characteristics have since characterized should (after the Dutch word for farmer) culture in South Africa.

The Dutch were atypical settlers. They received wages from the Dutch East India Company, were not allowed to trade with the indigenous population and had to surrender their entire production to the company. Gradually, the conflicts developed with their overseas employers who did not allow violations of their monopoly or the use of slave labor for the expansion of plantations or cattle operations. The Boers won the conflict and towards the end of the 17th century the so-called free settlers – or burghers – were in the majority. The population of European descent was now divided. One group continued to trade abroad. The other went inland looking for new lands.

Already at this time, the basis for the economic and racial oppression of the local population was laid. The Africans were deprived of cattle and land and the only alternative for many khoikhoi people was to become laborers on the farms. An actual war of extermination was carried out against the sart people. They were slaughtered or driven out into the worst lands. Slavery became an early part of the economic system – among other things. through the importation of slaves from Asia and other parts of Africa.

Throughout the 1700s, the Boers expanded north and west from the Cape, and in the hundred years until 1880, more than ten major wars were waged against the Xhosa and Zulu people. The right to the conquered territories and racial supremacy became strong features of the ideology of the peasantry, coupled with a strictly Calvinistic version of the Protestant faith. This racist ideology served to justify the economic power relationship: white peasants and laborers against black land workers and slaves.

New variant of covid-19 is discovered in the country

A more contagious variant of the covid-19 virus has been discovered in South Africa. It is not the same variant that has already been found in Great Britain, among other places. According to doctors in South Africa, it affects more young people and is probably an explanation for the rapid spread that the disease has had during the country’s second wave of the corona pandemic, says South Africa’s Minister of Health Zwelini Mkhize. Several countries have stopped air traffic from the country. The South African government had already introduced stricter restrictions to stop the infection. Among other things, there is a curfew after 23.00 and several beaches in popular holiday resorts have been closed, something that has provoked protests.

Tougher restrictions should stop a second wave of covid-19

In an attempt to limit the spread of infection, South Africa is facing tougher coronary restrictions locally. In recent weeks, the number of infections has risen sharply in a couple of provinces and President Cyril Ramaphosa warns of a second wave of covid-19 in connection with the country’s holiday period, which begins in mid-December. South Africa is the country in Africa that has been hit hardest by the pandemic. To date, 800,000 have been infected with covid-19 and just over 22,000 have died. 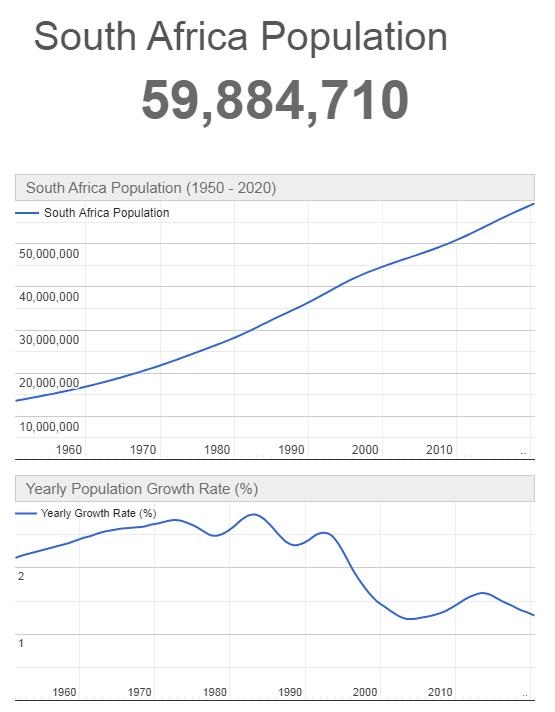