Sierra Leone. Despite the term of office of President Ahmad Tejan Kabbah and the parliament elected at the same time in 1996, Parliament decided that a new election could not be held until the Revolutionary United Front (RUF), disarmed and the government restored full control of the country. A new election date was announced on May 14, 2002.

The hope of disarmament failed as Sierra Leone appeared to be heading into a major conflict with neighboring Guinea and Liberia due to armed militia’s cross-border raids. RUF, which has been active among Sierra Leonean refugees in Guinea, was put under pressure from two directions. Guinean regular allies pursued RUF across the border into Sierra Leone, while Sierra Leonean loyalist militia attacked from the west.

The crowded situation made RUF more willing to negotiate, and in May the rebels signed a separate peace agreement with the so-called Civil Defense Forces, a militia that was previously known as Kamajor. The UN force UNAMSIL could gradually step into rebel-controlled areas and initiate the disarmament of the RUF. Time after time, the RUF announced that it did not want to give up more weapons, either for concern about its own security or in protest against the government retaining power without a legal mandate. RUF demanded that it be included in a broad, provisional government. However, the disarmament continued, albeit so slowly, that the UN Security Council irritatedly urged the RUF to respect signed peace agreements.

The Security Council extended the mandate of UNAMSIL, which with over 17,500 people is the world’s largest peacekeeping force to date.

A group of 73 Sierra Leoneans who have gone to court to obtain damages for the environmental damage caused by diamond mining near the town of Koidu in eastern Sierra Leone are now demanding that the assets of the responsible company Octea be frozen. Octea is a subsidiary of BSG Resources (BSGR) owned by the Israeli billionaire Beny Steinmetz. They say that the risk is otherwise great for the company to move its assets abroad in order to avoid paying. Representatives of Octea have said that the accusations against the company are unfounded. The group that sued the company consists of people who live up to 500 meters from the mine and who have suffered from severe respiratory infections and headaches. The lawsuit is directed against Koidu Limited, which in turn is a subsidiary of Ocetas, and other companies that have been involved in the diamond mining. 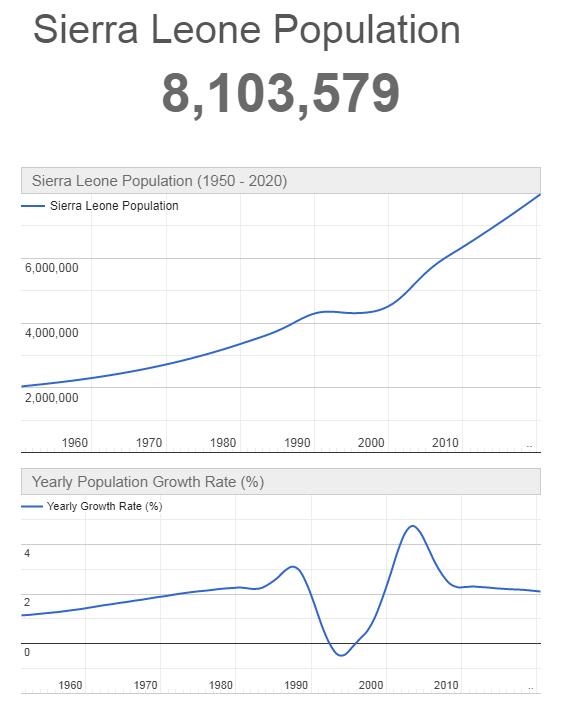