Zambia. President Frederick Chiluba hinted in March that he would like to run for re-election even though the constitution forced him to resign during the year, when his term expired. The MMD government party, the Movement for Multiparty Democracy, began to try to change the constitution and Chiluba dismissed a number of ministers who opposed his re-election.

The president’s actions prompted leading MMD members to launch a campaign against his re-election. The campaign was supported by church leaders, lawyers and civil rights activists. Ambassadors from EU countries also urged Chiluba to respect the constitution. In May, Chiluba bowed to pressure and announced that he would not seek re-election. In return, he dismissed all critics from the government, including Vice President Christon Tembo. Around 80 leading MMD members now formed the Forum for Democracy and Development (FDD) and appointed Tembo as its presidential candidate. MMD’s candidate was appointed lawyer and former Vice President Levy Mwanawasa.

Reports of widespread cheating and pressure on voters led to unrest in connection with the general elections in December. Election observers from the EU and African countries supported the opposition’s data on irregularities. Despite widespread protests, however, Levy Mwanawasa was declared a winner by a marginal margin in the presidential election, taking office in 2002. The MMD remained the largest party in parliament but appeared to be forced to seek a coalition partner.

When the white minority in southern Rhodesia declared Rhodesia independence in 1965, the development in Zambia was also increasingly influenced by what was happening further south and by the resistance struggle in the Portuguese colonies.Angola and Mozambique. One of the main points of Zambian policy was to reduce the economic dependence of the apartheid states in the south and to find alternative trade routes. Zambia followed Britain’s desire for economic boycott of Rhodesia, but was never compensated for the losses the boycott entailed. Among other things, the expensive trade routes contributed greatly to Zambia’s later financial difficulties. Zambia’s support for the liberation struggle in Mozambique and Rhodesia led to Rhodesia closing the border between the two countries in 1973, and Zambia could no longer export copper that way. Angola’s and Mozambique’s independence in 1975 eased the pressure on Zambia, but at the same time the liberation war in Zimbabwe escalated, and Zambia chose to stand behind it as a prominent member of the frontline states.This led on several occasions to Rhodesian and South African attacks on targets in Zambia. The civil war in Angola also hit the Zambia when the Benguela railway, used for export of Zambian copper, was closed. At the same time as the war was inflicting heavy financial burdens on Zambia, copper prices on the international market had plummeted and created serious economic problems. Together with political pressure, this led to the re-establishment of relations with Rhodesia in 1978, and Kaunda tried to play a broker role in the conflict there.

Kaunda pursued a social democratic policy with a mixed economy. In the late 1960s, the state took over the majority stake in a number of companies, including the copper mines (in the 1990s, the mines were again privatized). After UNIP strengthened its position in the 1968 election, a one-party government was introduced in 1973, with Kaunda as executive president. Resistance to the Kaundas regime increased, compounded by the economic crisis – which also contributed to the monopoly of power. Around 1990 there were several strikes as well as coup attempts. The opposition to UNIP was organized in 1990 on a broad front, Movement for Multi-Party Democracy (MMD). In the same year, opposition parties were legalized. Secretary General of the Zambia Congress of Trade Unions (ZCTU), Frederick Chiluba, in 1991 became the MMD’s leader and elected Zambia’s new president with 75.8 percent of the vote, against Kaundas 24.2 percent. At the same time, MMD received 125 out of a total of 150 seats in parliament. Despite falling support, the MMD won the 1996 election, which however was boycotted by several parties, including UNIP. The diminishing popularity was due not least to the results of economic policy failures, as well as serious charges of corruption and abuse of power. 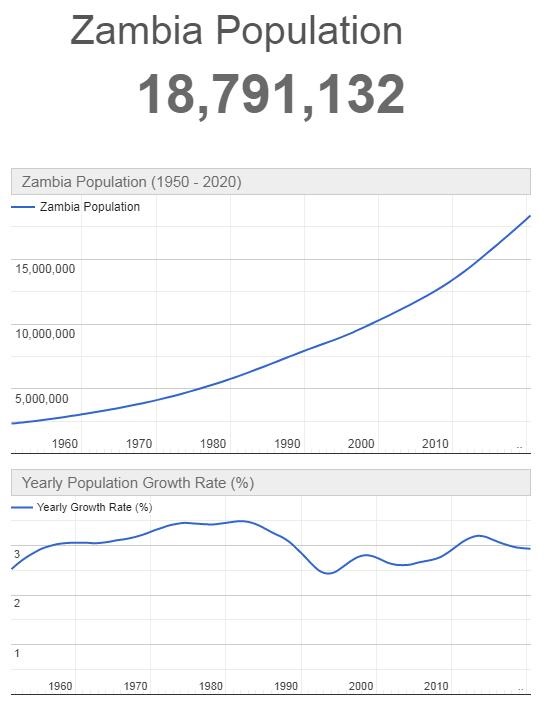