Listed by Countryaah.com, South America has twelve countries: Brazil, Uruguay, Paraguay, Argentina, Chile, Bolivia, Peru, Ecuador, Colombia, Venezuela, Guyana and Suriname. Besides them, there is a territory dependent on France, French Guiana. The Falkland Islands, off South America, belong to a country outside the Americas, the United Kingdom, although Argentina claims the archipelago (the Argentines call it the Malvinas Islands). South America is also part of a larger cultural region, known as Latin America.

Most of South America is covered by rugged mountains and plateaus (flat, highlands). In the north is the Guiana plateau. The Brazilian plateau, another group of mountains and plateaus, covers more than half of Brazil – equivalent to about a quarter of South America. The Andes stretch along the western edge of the continent and are one of the mountain ranges most impressive in the world. In eastern Peru and western Bolivia, there is a large plateau called the Altiplano. At the southern tip of America is a region of vast plateaus known as Patagonia.

South America has many rivers, which form large basins. They are usually on flat, low ground. The largest is the Amazon basin, which covers parts of Brazil, Venezuela, Colombia, Ecuador, Peru and Bolivia. The Paraná and Orenoco rivers also form basins.

The Amazon River has the most extensive hydrographic system in the world. Other important rivers are the Orinoco, Araguaia, Tocantins, São Francisco, Paraguay, Paraná and Uruguay, in addition to the several longest tributaries of the Amazon. Stretches of the Andes are dotted with lakes. There are also vast swamps in many low-lying regions of the continent.

Most of South America has a tropical climate. In the equatorial and tropical forests of the north and east, it is hot and rainy throughout the year. There are also many desert areas, such as the coast of Peru, the Atacama desert (in Chile) and northwestern Argentina. In the southernmost parts of Argentina and Chile, as well as high up in the mountains, it is cold and rainy for almost the entire year.

The Amazon River basin covers the largest area of equatorial and tropical forest in the world, with many types of trees. However, part of the forest has been destroyed by exploitation without criteria. In order to build roads and prepare land for planting and grazing, many areas are being devastated. There are lumber companies that operate illegally in the forest, cutting down trees that need to be preserved.

Savannas – areas of fields with some trees – are typical of central Venezuela and Brazil. The deserts off the coast of Chile and Peru have little vegetation.

The two best known animals in the Andes are the llama and the alpaca. Among the other mammals, there are many felines (especially the jaguar and the puma), deer, wolves, foxes and raccoons. Many mammals live in tropical forests, especially monkeys, hedgehogs, armadillos, anteaters, sloths and a wide variety of rats, mice and bats. South America has over a thousand types of birds, being able to see hummingbirds, parrots, toucans, woodpeckers and birds of prey in different regions of the continent. The Andean Condor is one of the largest birds in the world. The humboldt penguin is found at various points on the south coast. There are also several types of fish and reptiles, among these several species of lizards and snakes.

The original inhabitants of South America were diverse groups of Indians, or Native Americans. Today the population is a mixture of several distinct groups: descendants of indigenous people, Europeans (mainly Spanish and Portuguese) and Africans. About 40 percent of South America’s population is white. Another 40 percent have mixed ancestry of whites and Indians, whites and blacks or blacks and Indians.

The majority of the South American population speaks Spanish or Portuguese. Many indigenous languages are also spoken, such as Quechua and Aymara. In some areas, English, French or Dutch are spoken. South Americans are predominantly Catholic. In some countries, people mix Catholicism with traditional elements of African and indigenous religions, in a phenomenon known as religious syncretism.

There are great gaps in relation to education and health among the countries of South America. Education does not reach all children. Many live in very remote areas, where there are no schools. Some cities have the most advanced hospitals in the world, and in others there is no doctor. The biggest health problems are in rural districts, particularly in the low plains and river valleys of the tropics. In these places it is common for people to use impure water. In addition, insects transmit diseases such as dengue, malaria or Chagas disease. Residents of the densely populated and poor peripheries of cities are also at greater risk of having health problems. 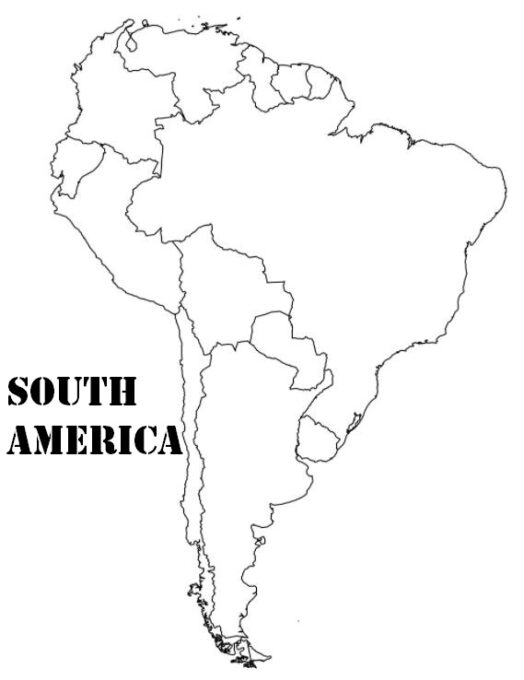 The history of Latin America began when Christoffer Columbus, in his attempt to reach India by sailing west in 1492, reached the Caribbean. Over the next few decades, the Spaniards established themselves on several Caribbean islands; the first true colony, Santo Domingo, was founded on Hispaniola in 1496. 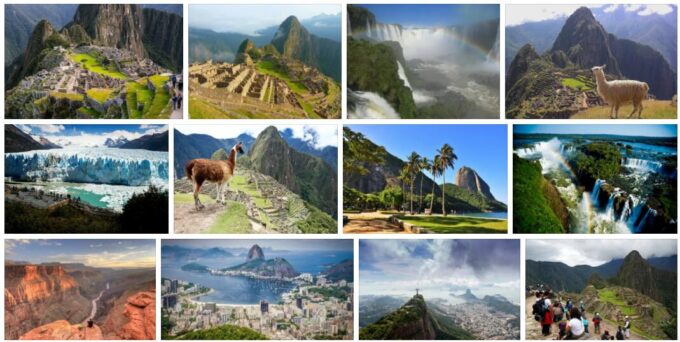