Ecuador. The increase in gasoline prices and the VAT rate included in the government’s agreement with the IMF was actualized at the beginning of the year by falling oil prices, and the government signaled that they could be implemented to avoid an increasing budget deficit. Despite the violent protests with roadblocks and street demonstrations that caused this and reached its peak on February 7, the VAT increase was implemented in June, but was later declared unconstitutional by the Constitutional Court.

During the year, it was confirmed that the escalating civil war in Colombia had penetrated across Ecuador’s borders. As pressure against guerrilla groups and paramilitaries increased in Colombia, especially in the Putumayo province bordering Ecuador, their operations inside Ecuador as well as the refugee flows have increased in the Ecuadorian border provinces of Sucumbíos and Carchi.

During the second half of the year several firefights were fought with the Ecuadorian police, and both a cocaine laboratory and a large military base belonging to the Colombian FARC guerrilla were revealed.

In August, the Tungurua volcano in the central Andes suffered an outbreak and disaster was issued. About 23,000 farmers live in the area around the volcano.

On February 20, 2002, groups of indigenous people from the provinces of Sucumbíos and Orellana in the northeastern Amazonas declared that oil production threatened their livelihoods and therefore launched a strike. Directly triggering the protests was a new oil pipeline built by the OCP Ecuador SA Consortium Provinces demanded that the government put pressure on OCP to make it pay $ 10 million. US $ for social projects to compensate for the devastation caused by the construction project. Also among the strikers’ demands was that Ecuador should devote a greater portion of its oil export revenue to the building of better roads, electricity supply and support for agriculture in the affected areas. The strike culminated on March 4, costing 3 lives, more wounding and arrest, as well as nearly $ 3 million. US $ in losses due to the setting of oil recovery in the area.

Two candidates advanced to the second round of the presidential election on November 24, 2002. It was Lucio Gutiérrez who retired from the Army. He had been granted amnesty for his role in the rebellion against Mahuad, and declared himself an admirer of Venezuelan President Hugo Chávez. The other candidate was Ecuador’s richest man, the banana baron Álvaro Noboa. Gutiérrez had already obtained more than half the votes in the first round of elections, was supported by the left wing, the trade union movement and the indigenous peoples’ organizations, and he won the second round with 54.3% of the vote. In his campaign, he had pledged to fight corruption, get affordable housing and introduce some form of free health care.

In October 2003, a lawsuit was initiated against a subsidiary of the Chevron-Texaco oil group for the destruction of large rainforest areas, and for pollution of the land and rivers in the province of Nueva Loja.

On November 4, farmer activist Ángel Shingre was abducted and killed. He had taken an active part in the lawsuit against Chevron-Texaco, and the suspicion therefore focused on the group’s management. Despite this, the murder was not solved.

That same month, Lucio Gutiérrez was accused of receiving money for his drug campaign election campaign. The allegations led to the resignation of the entire government and the removal of the ruling party’s Napoleón Villa. He was also Gutiérrez’s brother-in-law. 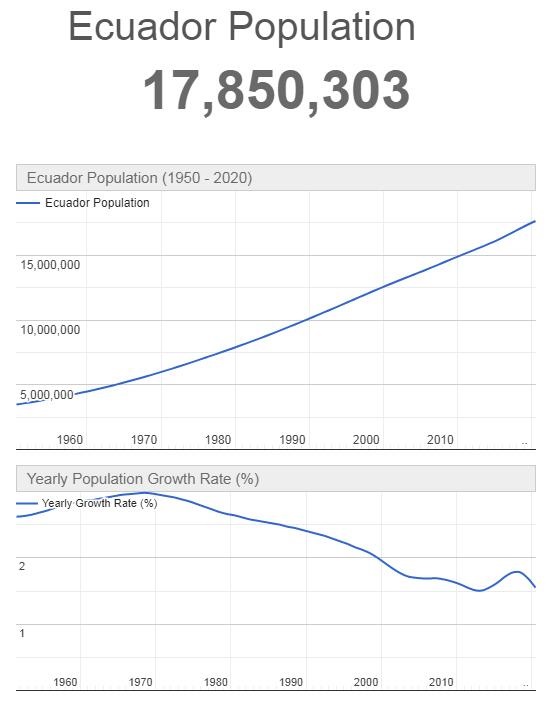