Uruguay. At the beginning of the year, the majority of Congress gave President Jorge Batlle the go-ahead to proceed with a major privatization program that includes the pension insurance system as well as railways and ports. The left-wing coalition Frente Amplio sees the sales as a dismantling of the Uruguayan welfare state, which emerged as a model in Latin America, and started a name-gathering campaign to get a referendum. However, the attempt to obtain the required 600,000 signatures, corresponding to a quarter of the electorate, failed, and on 21 February privatizations began.

At the beginning of the year, an epidemic of foot-and-mouth disease broke out in the province of Artigas. Meat exports were halted on April 24, which had devastating consequences for Uruguay’s economy. Livestock farming is one of the country’s most important industries, and meat normally accounts for 25% of exports. The export stoppage therefore resulted in a fall in export income of 41% and contributed strongly to unemployment rising to a record high of 16% during the first quarter. But through a successful vaccination campaign, the spread of infection could be stopped, and on November 1, exports to the EU resumed. 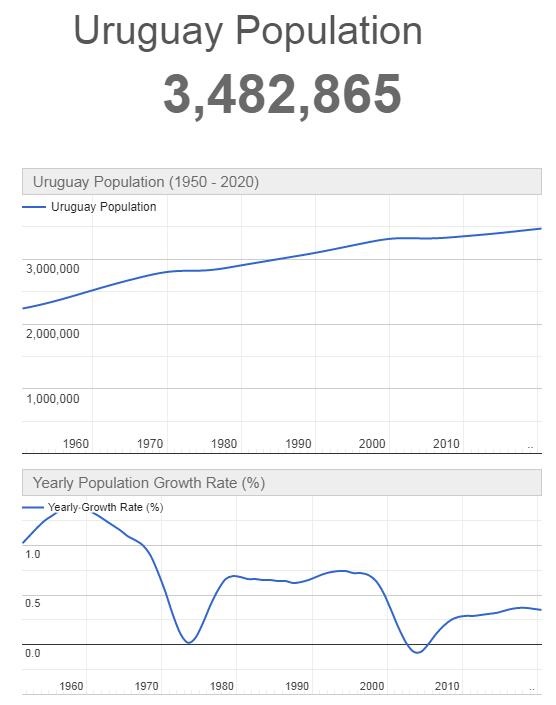