Venezuela. President Hugo Chávez devoted much of his time during the year to persuading the oil-producing countries’ organization OPEC, of ​​which Venezuela is a member, to reduce production in order to raise the oil price. In October, he embarked on a 22-day “crusade in defense of crude oil prices”, a journey that sparked strong domestic criticism.

In early February, the government was reformed, and the most notable change was that Venezuela, for the first time, received a civilian defense minister, the former Marxist and Foreign Minister José Vicente Rangel, which was said to have created dissatisfaction with the military. On November 13, the extraordinary powers conferred on Congress by the president expired, and he took the opportunity to issue his last presidential decree, 49, on the same day.

In October, for the first time, direct elections were held to the senior management of the central labor organization CTV, which was previously considered to join the party’s AD band. However, the election was surrounded by delays, riots and accusations of cheating, and when the election was finally held, the government opponent Carlos Ortega won over Aristóbulo Istúriz, supported by the government.

By the late 1980’s, Caracas had become one of Latin America’s most violent cities. The sense of insecurity increased as the number of murders increased. By 95, it was estimated that around 10% of the capital’s population was armed.

The economic crisis worsened during 94. The financial collapse had begun in February 93, when Banco Latino collapsed. It was the country’s second largest commercial bank. By August 95, the state had to go into 18 out of 41 banks and 70% of the country’s accounts were managed by the state.

President Caldera suspended the constitutional rights over private property. He also imposed restrictions on travel abroad, freedom of assembly and protection against accidental arrests. Despite Congress voting to remove the restrictions, they were retained by the president to prevent capital flight and speculation.

Attempts to attract foreign investors failed in 95 and the government therefore decided to put Venezuelans and foreigners straight in oil research – for the first time since the nationalization of the oil industry in 76. In September 95 and again in March 96, the price of gasoline doubled, triggering significant increases in prices for a number of consumer goods – especially primary consumer goods.

In April 96, Caldera announced new economic liberalization measures. The IMF responded by removing the block for a $ 1.4 billion loan that had been suspended since July 95.

Internal division and disagreement between the parties in 97 led to the interruption of the negotiations on a reform package launched by the government. As part of the reforms, the electricity, aluminum and iron industries had to be privatized, the judiciary reformed and public finances reorganized. With less than 10% of parliamentary seats, the government party was forced to seek support from various sectors to provide the necessary backing for its reform project. In return for its support, AD demanded greater liberalization of the economy.

In March 98, Venezuela agreed with Mexico and Saudi Arabia to reduce oil production in an attempt to raise the world market price of oil, which had fallen significantly after OPEC’s November 97 decision to increase production by 10%. The deal was signed in Saudi Arabia’s capital Riyadh and took effect on April 1.

Foreign Minister Nicolás Maduro took over as acting president when Chávez died on March 5, 2013. In the April 14 election, Maduro won over the counterpart, Henrique Capriles Radonski, with 50.61 against 49.39 percent of the vote. The turnout was 80 percent.

Maduro, which has less charisma and execution power than its predecessor, took over the governance of a country with a number of challenges that have since increased in scope. Falling oil prices, soaring inflation, widespread corruption, commodity shortages and crime have caused a deep social crisis. The political landscape is dominated by a spiral of conflict between the government and the opposition, while a large proportion of voters do not support any of the alternatives.

The Maduro government has gone in a more authoritarian direction than Chávez, with increasing centralization of power in the PSUV government, human rights violations and political control over state institutions. The military has also further strengthened its role in government functions and the economy.

The opposition, for its part, has helped increase the level of conflict through tactical support for protests that include violent riots with major consequences for the population. At the same time, they have increasingly entered into an open alliance with the United States under the Trump administration and the Latin American right. This strategy of accelerating the fall of the government has contributed to their failure to fully capitalize on popular dissatisfaction with the government, which is also among Chávez ‘and Maduro’s former core voters. The opposition alliance MUD (Mesa de la Unidad Democrática) has also been characterized by internal conflicts and the absence of a clear political program. 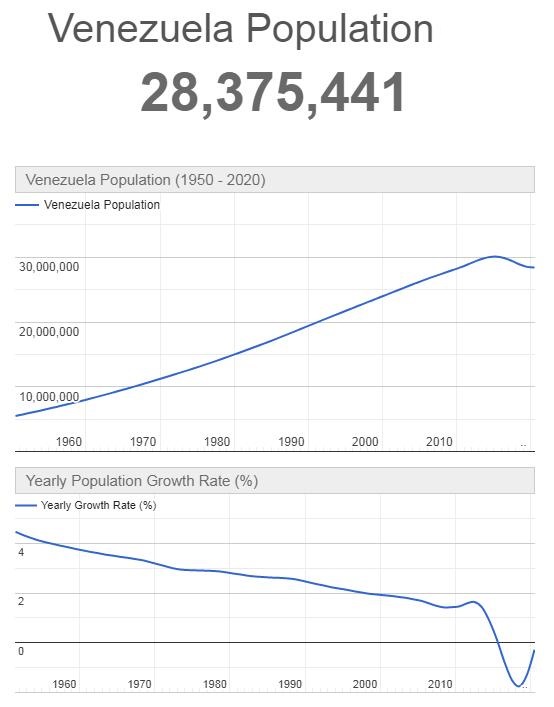