Chile. In the congressional elections held on December 16, the government coalition lost some seats in the House of Representatives to the opposition alliance, but retained its majority in both chambers. The Christian Democrats in particular lost big, while the leading opposition party Unión Democrática Independiente (Democratic Independent Assembly, UDI) went ahead. President Ricardo Lagos later explained that the government’s intention to enforce constitutional reforms and other legislative changes, including within the public health care system, nevertheless remains firm.

Among the constitutional changes the government wants to implement is the abolition of the ban on the president to dismiss militants in top positions. Otherwise, unemployment, which, despite relatively strong economic growth, stands at almost 10%, was the main electoral issue.

However, the fate of former dictator Augusto Pinochet was not a major topic during the electoral movement. He is considered to be suffering from mild dementia, and since being declared unable to stand trial by an appeals court in July, he has not appeared in public. On January 6, President Lagos handed over the documentation collected during six months by the military regarding people who disappeared during Pinochet’s military dictatorship 1973–90.

The information submitted anonymously was said to be able to explain the fate of 200 disappeared, but related organizations expressed doubts about the authenticity of the information and also questioned the lack of information on the activities carried out by the carabiner police in collaboration with Dina security police. However, Army Chief General Ricardo Izurieta assured that no distortion of the information took place.

On October 5, 88, a referendum rejected an 8-year extension of General Pinochet’s term of office. The “no” triumph was based on a broad opposition alliance and forced the military dictatorship to print elections the following year. Faced with an impending change of power, Pinochet entered into an agreement with the legal opposition to reform the constitution. The powers of the future government were curtailed, the number of elected (unelected) senators increased, the presidential term was shortened from 8 to 4 years, and left-wing parties were made easier to ban. The constitutional amendment was adopted by a referendum on July 30, 1989.

At the December 1989 presidential election, Christian Democrat Patricio Aylwin won with 55.2% of the vote. He was a candidate for the Concertación Democrática (Democratic Alliance), which consisted of the PDC, the Socialists and the Democracy Party led by Ricardo Lagos. Aylwin took over the presidential post on March 11, 1990, and in April he set up a commission called Verdad y Reconciliación (Truth and Reconciliation) to investigate human rights violations during the dictatorship. The Commission confirmed the existence of at least 2,229 missing persons declared dead and carried out a detailed investigation of the repression during the dictatorship. The Commission’s report was published in March 1991 and prompted the president to apologize to the nation on behalf of the state. At the same time, he stated that the process would continue in the courts, and he asked for military cooperation. But the military and the Supreme Court defended their course of action during the dictatorship, rejected all conclusions in the commission’s report and rejected the de-facto president.

In April 1991, Senator Jaime Guzmán, a former dictator and ideologist for the dictatorship, was killed by an assault – apparently carried out by a left-wing group. For the right wing, it was an occasion to raise the theme of terrorism as an explanation for their actions. On April 23, the guerrilla group FPMR announced that it was abandoning the armed struggle.

Meanwhile, the Chilean economy continued to grow. In 10 years, it had grown by an average of 6%. Especially due to extensive foreign investment and increase in exports. In several areas, social indicators improved during Aylwin’s reign. In 1993, real wages rose by 5%, unemployment fell to 4½%, social spending increased by 14% compared to 1991 and inflation remained around 12%.

In August 1993, the Special Government Commission on Indigenous Peoples proposed to base the teaching of the school for native children in their own languages: Mapuche, aymara and rapa nui. Some Mapuche teachers regarded this step as fundamental to curbing the destruction of the culture to which these indigenous peoples are exposed. 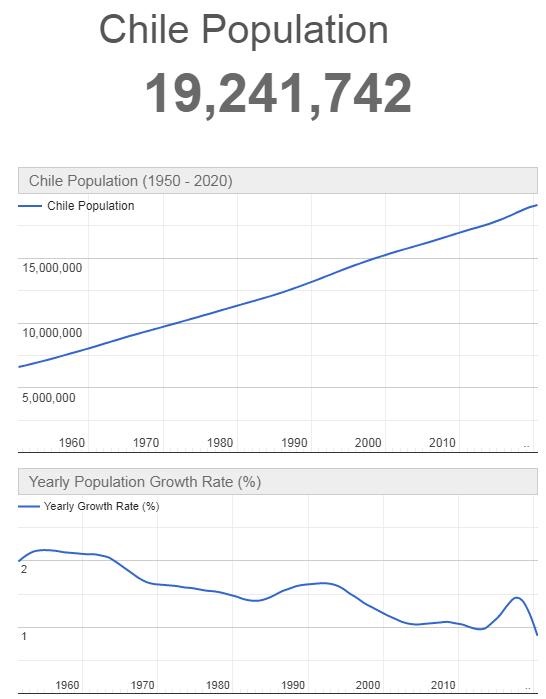