Argentina. Argentina’s three-year deep economic crisis developed at the end of the year into a very serious political crisis, where in practice the country risked falling into a political vacuum. Already in March, Finance Minister José Luís Machinea resigned and was succeeded by Domingo Cavallo, the man who in the early 1990s managed to bring down Argentina’s notoriously high inflation. But his attempts to restore confidence in the country through a series of measures to stimulate economic growth, streamline tax collection and improve budgetary control failed, and negotiations with the International Monetary Fund IMF to restructure Argentina’s $ 127 billion foreign debt throughout the year.

Not unexpectedly, the government coalition also lost its majority in the House of Representatives during the congressional elections on October 14 to the Peronist opposition, which also strengthened its majority in the Senate and won in the majority of provincial elections. However, the percentage of blank votes was record-high.

When it became clear in December that the government would not succeed in following the budget program agreed with the IMF, Argentina refused more loans. For fear of the economic crisis, the Argentines began emptying their bank accounts, prompting the government to issue a ban on withdrawals greater than 250 pesos (SEK 2,500) per week. The action triggered the worst rattles in more than a decade, with shoplifting, about thirty dead and hundreds injured as a result. Finance Minister Cavallo resigned, and shortly thereafter also President Fernando de la Rúa, who was succeeded by Adolfo Rodríguez Saa as interim president until March 3, 2002, when a new presidential election was to be held. However, the unrest continued, mainly in protest against plans to introduce a new currency, Argentinos, which would be used to pay public employees’ delayed wages, and even after a week Rodríguez resigned. In the power vacuum the country was in, Congress met during the New Year weekend and appointed Eduardo Duhalde as president for the remainder of the term until December 2003.

On July 1, former Navy officer Alfredo Astiz voluntarily surrendered to the police. He is considered responsible for Dagmar Hagelin’s disappearance in 1977, and was arrested in his absence by the Stockholm District Court on November 29. Argentina’s Defense Minister Horácio Jaunarena, however, had previously rejected, among other things. Italian authorities’ request for extradition to try Astiz’s liability for the deaths of three Italians during the military dictatorship, on the grounds that crimes committed in Argentina should be tried in the Argentine court.

On April 27, 2003, the first round of the presidential election, won by 24% of the votes won by ex-President Menem, followed in second place by the Governor of the Southern Province of Santa Cruz, Néstor Kirchner with 22%. For fear of getting Menem back, all the smaller candidates gave their support to Kirchner, who therefore emerged as a clear winner in the polls. It caused an embarrassed Menem to pull out of the match. This move was described by Kirchner as cryptic because it reduced his representativeness. Acc. the constitution led to Menem’s resignation from the election campaign, namely that Kirchner could immediately be named winner and thus president. He was thus inducted as president with the lowest voter support in history in the country. However, after a few months in office, the 54-year-old president had support from 80% of the population. In his accession speech, he had declared himself “the son of the mothers and grandmothers of Plaza de Mayo” who, during and after the dictatorship, fought to solve the huge number of crimes the dictatorship had committed. Kirchner also stated that he wanted to create a ” united, serious and fairer Argentina ».

Kirchner appointed a government consisting mostly of people of his own generation. Yet, approx. 60% of the population below the poverty line, defined as DKK 1622 monthly for a family of 2 adults and 2 children. Kirchner, therefore, stated that he wanted to start public works to reduce poverty. He also repealed two previous amnesty laws for officers active during the 1976-83 dictatorship. It opened up prosecution in Argentina and abroad by about 1300 officers charged with human rights violations. He also conducted a purge within the federal police, removing the officials involved in corruption. These measures were the reason why, in polls – despite the deep economic crisis – he was supported by 70-80% of voters.

Through its anti-corruption office, cases were opened against members of the Supreme Court who had been involved in the purchase of judges. In December, the accused were banned from leaving the country, as was President Fernando De la Rúa.

Within the economic field, Kirchner assigned the state a key role. In 2003, he increased the salaries of state employees, and at the same time repealed the labor market flexibility law that had been implemented during the Menem era. He stepped up the fight against undeclared work and the inclusion of taxes and therefore managed to increase tax revenue by 45% during the year. He froze the price of electricity and gas and increased unemployment benefits. “The purpose is to kick start the economy through increased consumption,” Lavagna acknowledged on several occasions.

Upon its accession, Argentina’s foreign debt was $ 178 billion. US $. In his address to the UN General Assembly in September, Kirchner stated that it was necessary to change the payment scheme vis-à-vis the IMF: “the multilateral organizations that promoted debt must now assume this responsibility”. In October, Lavagna declared to the IMF that Argentina would pay only if the external debt was reduced by 75%, and he also withdrew the interest payment for this month. The following month, Kirchner declared that in 2004, state funds would not be used to pay off foreign debt but to social programs.

The election for the governor post in the province of Buenos Aires took place in August and was won by Kirchner aide Felipe Solá. The following month, elections were held for the mayor’s post in the capital, and this was won by another Kirchner support, Aníbal Ibarra. He won over Mauricio Macri, who represented a powerful group whose power had been pooled and consolidated under the Menem administration. Duhalde supported Macri, and this reinforced the divide within the Peronist movement.

In July 2004, Kirchner and Brazil’s President Luiz Ignacio Lula da Silva launched a project to strengthen the South American common market Mercosur to counterbalance this economic cooperation with the EU and the US NAFTA free trade project.

On July 16, 2004, hundreds of left-wing activists and street vendors attacked the parliament building in Buenos Aires in protest of changes to the police statute. Police used water cannons and tear gas during the five-hour battle to prevent protesters from entering parliament. The action was carried out in protest against the tightening of sanctions against, among other things. prostitution, street sales and demonstrations. Mayor Aníbal Ibarra condemned the attack, declaring that political disagreements are not resolved by violence. He further stated that the police had orders to act rationally and without the use of firearms.

On September 28, a 15-year-old schoolboy killed 4 of his peers and wounded at least 5 others at the Islas Malvinas school in Carmen de Patagones in the southern part of Buenos Aires province. The school student had stolen the weapon – a 9 mm pistol – from his father employed in the Navy. Neither the boy’s parents nor the staff at the school could explain his behavior. He had not previously acted violently towards his surroundings. 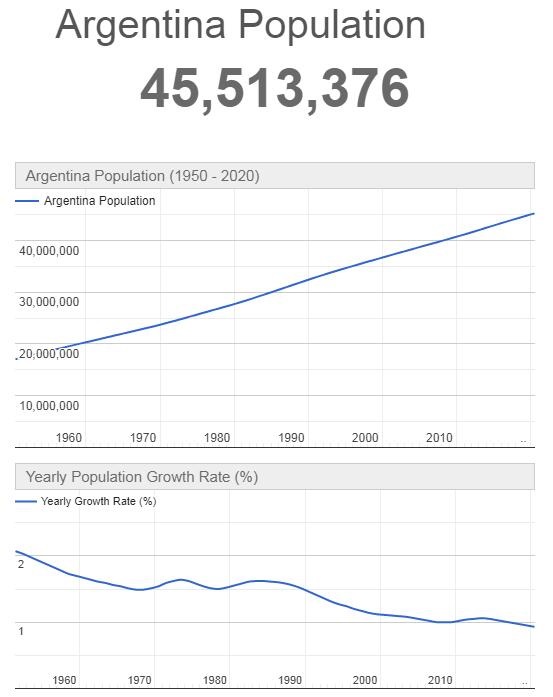