Colombia. The political violence in Colombia has continued unabated with almost daily assaults, kidnappings and murders.

Particularly in October, a wave of violence with massacres performed by the paramilitary forces was noted; in three weeks 140 people were killed and in December more than 200 people were killed in fighting in the Choco province. Most of the victims were innocent civilians, but politicians, judges and journalists were also killed.

On September 24, the former Minister of Culture Consuelo Araújo Noguera was kidnapped and murdered, and shortly thereafter a congressman was murdered. A quarter of all the murders of journalists in the world in the first half occurred in Colombia. However, several signs indicate that at least the largest guerrilla group FARC has been pushed back by the government troops. For example, the corridor was cut off through central Colombia connecting the guerrilla demilitarized zone in the south and the Bogotá area, and in June the FARC failed to break the military’s encirclement of Putumayo Province. A month later, the FARC proposed a surprising ceasefire.

Already in early February, President Andrés Pastrana and FARC leader “Tirofijo” met for the third time in three years. The time limit for the demilitarized zone was extended once again, and both parties undertook to follow a thirteen-point plan. Another concrete result of the agreement was that the FARC and the government exchanged prisoners on several occasions. At the same time, however, military operations continued. In August, more than 4,000 government soldiers launched an offensive in the province of Guavaria, and surrounded nearly 2,700 FARC soldiers.

By the end of the year, however, FARC and the government had agreed to resume peace talks in January 2002.

The preliminary talks with the other major guerrilla group, ELN, which has revolved around the terms of concrete peace negotiations, were also interrupted and resumed several times during the year. However, on November 24, representatives of both parties signed an agreement in Cuba on new negotiations in January. ELN’s main requirement, to get a demilitarized zone in the northern Bolívar province, has met stiff resistance from both locals and paramilitary forces.

At the same time, the large cocaine control program Plan Colombia with American financial assistance has gone ahead. However, aerial spraying has received increasing criticism for its environmental effects, and has not produced particularly good results. On the one hand, new cultivations are emerging, and on the other, the Bolivian government’s successful eradication campaign has led to increased cultivation in Colombia, the so-called balloon effect. US President George W. Bush therefore announced a new plan during the year, the “Andean Initiative”, which aims to attack coca cultivation throughout western South America.

Álvaro Uribe Vélez of the Conservative Party won the presidential election in 2002, the first ever to be elected in the first round. He was accustomed to promising to sharpen the fight against the guerrillas, and his first measure was to introduce a state of emergency.

During the leftwave that characterized Latin America after the turn of the century, Colombia (along with Peru) remained a blue field on an otherwise largely red-colored map and emerged as the United States’ closest ally. The 2006 presidential election confirmed the picture when Álvaro Uribe renewed his mandate by a solid margin. He still had a strong position in the population. The congressional election that year gave a pure majority to the coalition of seven parties he chaired, also a confirmation that the over 100-year two-party system between conservatives and liberals had been broken.

In the early 2000s, almost half the population still lived below the poverty line, and corruption was still a problem. A report in 2002 showed that more than two million had internal refugee status, most in the slums, while 1.2 million had emigrated abroad. But the economy flourished in the new century, and the annual growth rate increased to seven percent in 2007. Unemployment and inflation were on a steady return. Coffee production, flower export and the textile industry formed the foremost growth factors, along with the fields of finance and real estate development. During the 2010s, a marked decline was recorded in guerrilla-related killings and kidnappings, in cases of violence and organized crime in general, and the population felt that the insecurity was about to release some of the ceiling. One sign of this was the rise of the tourism industry, even in the country’s second largest city, Medellín, previously classified as the world’s most dangerous.

The United States had come in with considerable support for the fight against the guerrillas, linked to Plan Colombia, partly because the emphasis had shifted from drugs to counter-terrorism. Colombian producers account for around 90 percent of cocaine sales in the United States and 70 percent in the world overall. Uribe’s other government had to confront two difficult political situations: the killing of civilians by civilians presented as guerrillas (the ” falsos positivos case”) and a scandal linked to teamwork between the government and the paramilitary organization AUC (known as the ” Parapolítica scandal”). 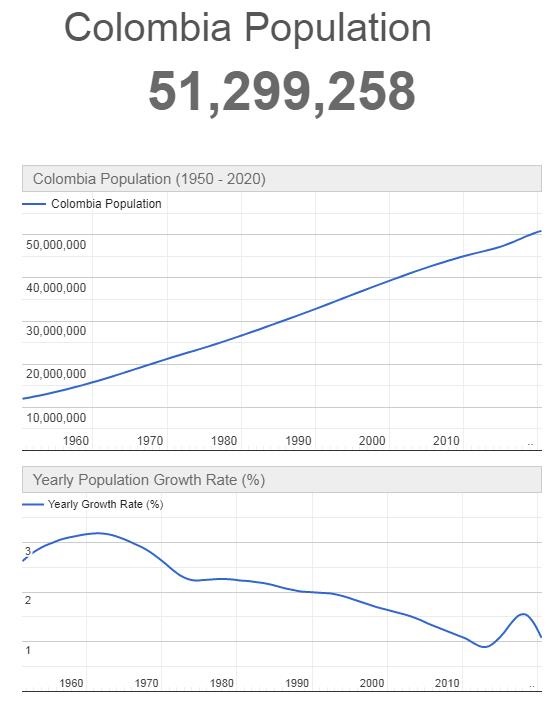