Lesotho. In October, 27 MPs left the ruling Lesotho Congress for Democracy (LCD) and formed a new opposition party, the Lesotho People’s Congress. They kept their seats in Parliament. Since the disputed election in 1998, when the opposition’s protests against cheating led to a military revolt that was defeated by a South African military intervention, LCD had held all seats in the National Assembly except one. New elections will be held in 2002.

The People’s Charter Movement in Lesotho works for the country’s integration into South Africa, and is gaining increasing political support. The reason is the high unemployment rate, economic collapse and about 1/4 of the population having AIDS. In May 2010, the motion submitted a request to the South African High Commissioner requesting annexation. However, it was blankly rejected. Together, the African Union (AU) drew up a report that recommended closer economic cooperation between the two countries.

The country’s most important commodities are water (which, among other things, supplies the major cities in South Africa) and diamonds. Diamond prices fell during the start of the economic crisis in 2008 to rise again in 2010-11, as a sign that the crisis was over for the wealthy in the West.

The May 2012 parliamentary elections were won by the new Democratic Congress (DC) party, which won 48 seats in the 120-seat National Assembly. The second largest party was the All Basotho Convention (ABC), which gained 30 seats – an increase of 13. The two major losers of the election were the Lesotho Congress for Democracy (LCD), which went back 36 seats to 26, and the National Independent Party (NIP) which was almost wiped out when it lost 19 seats and had to settle for 2. Subsequently, ABC formed a coalition government with LCD and several smaller parties. ABC’s Tom Thabane became new prime minister.

During the June 2014 political crisis, Thabane suspended parliament, thereby avoiding a vote of no confidence. The suspension was made with the King’s approval, but triggered strong reactions from South Africa calling for the reopening of Parliament. South Africa at the same time warned the military against taking power after troop movements in the capital. On August 30, new troop movements indicated a coup attempt and Thabane then fled to South Africa. Four days later he returned to Maseru under South African protection, and after 1½ months of negotiations, in mid-October, the South African brokers succeeded in reopening parliament. At the same time, it was agreed that parliamentary elections should be held in February 2015.

The advanced parliamentary elections in February 2015 were won by the Pakalitha Mosisilis Democratic Congress (DC), which got 38.4% of the vote, giving 47 seats in the 120-seat parliament. It was a decline of 1 mandate. But the big victor of the election was Thabane’s ABC, which went 16 seats up to 46. The Democratic Congress then formed government with Pakalitha Mosisili as prime minister. 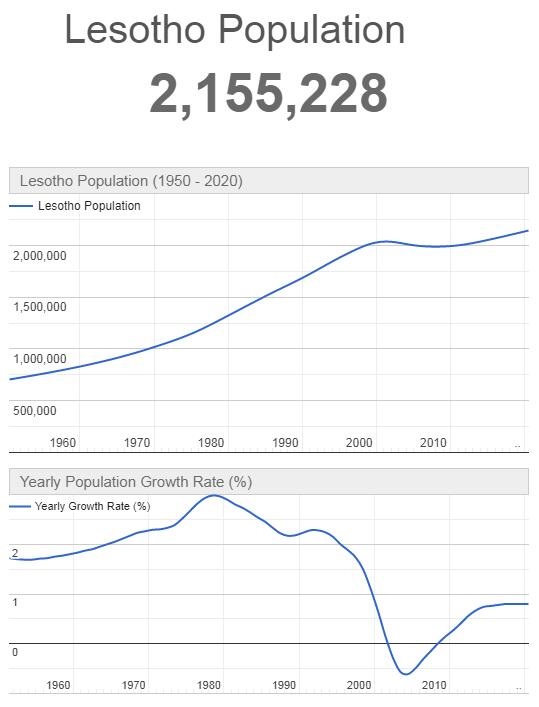