Nigeria. In the face of increasing competition for ever-scarcer resources, multicultural Nigeria was affected by a number of severe conflicts between ethnic and religious groups.

In June and July, more than 100 people were killed in clashes in the state of Nasarawa following the murder of a traditional chieftain of the Hausa-speaking Azara people. The blame was thrown on the Tiv people, who have long been involved in a conflict with other ethnic groups in the region over the right to agricultural land and pasture land. The struggle for political influence, and thus economic power, was also considered to be behind the unrest, which drove at least 40,000 people to flee.

In September, hundreds of people were killed in clashes between Christians and Muslims in the city of Jos in central Nigeria, and the riots spread from there to the big city of Kano in the north. In the northern states, the decision to apply Islamic law, Sharia, has caused great concern within the Christian minority.

The public upset a great deal when the army was deployed to Benue in November. Troops were dispatched to the city of Zaki Biam, where 19 soldiers had been killed during attempts to stem ethnic quarrels. The army, according to consistent testimony, used indiscriminate violence against unarmed civilians. At least 200 people were killed and several smaller towns were destroyed. The outrage was not less than that President Obasanjo only criticized the murders of the 19 soldiers but did not clearly distance himself from the massacres.

Nigeria was also shaken by the murder of Justice Minister Bola Ige the day before Christmas Eve. Ige was shot dead in his home in what was seen as an internal party political settlement.

The State Human Rights Commission, which was formed following the South African model to investigate decades of dictatorship, ended its work without, according to analysts, having reached the truth about all the abuses that occurred from the state. The Supreme Court also ruled that the Commission was not empowered to call three former military dictators for questioning.

The differences between the northern and southern regions soon became apparent in direct conflicts. By building the country’s political life on the three dominant peoples – Fulanis and Hausas in the North, Yorubians in the Southwest and Inhabitants in the Southeast, the British and Nigerian politicians in the 1950s-60s tried to strike a political balance in the new state. The Nigerian authorities later used the opportunity to change the number of states to adjust the power relations between the ethnic groups. It did not succeed in the first place.

In 1964, severe unrest erupted after the first election since independence. For the next two years, the government was unable to bring the unrest under control. In January 1966, therefore, it was overthrown by a military coup.

The results of both the 1963 census and the 1964 election were questionable. The census was to form the basis for the distribution of seats between the three regions. The opposition had split in advance. The coalition government took advantage of the situation, which was causing widespread unrest in the western part of the country. At the same time, relations between coalition partners became increasingly tense. The basic issue of contention was the balance of power. The NPC wanted to reduce the federal government’s area of ​​authority in favor of the regions’ internal self-government, while the NCNC, as representative of the smallest of the three dominant peoples, had originally agreed to strengthen the government as a mediating body between the regions. At the outbreak of the Biafra war, this situation had changed. The NCNC did not accept the 1964 election as the basis for the region’s representation at the national level. The large oil deposits in the eastern part were a major reason why the party demanded greater influence over the national distribution of resources.

The Ibo people dominated political life in the East. On average, they had better education than the people of the north. The inhabitants emerged as an expansive and energetic people. They asserted themselves strongly in the armed forces and in the state administration. The contradiction between the inhabitants and the people of the northern region resulted in actual clashes within the army and eventually in severe persecution of the inhabitants who lived and worked in the north. Thousands of residents were massacred and a flood of refugees went to the eastern region.

State power faltered. Major General Johnson Aguiyi-Ironsi then seized power with other iboo officers, but was shortly after kidnapped and killed by a military counter-coup led by Army Chief of Staff General Yakubu Gowon of the Northern Region. Gowon made every effort to preserve the federation and proposed dividing the country into 12 states and involving civilians in the government. But the military governor of the eastern region – Lieutenant General Chukwuemeka Odumegwu-Ojukwu – declared the region independent under the name Biafra.

The war lasted for 30 months. Both the rebels in Biafra and the government of Lagos received extensive military supplies from outside. France, South Africa, Portugal and some African states supported Biafra. Tanzania was first among the total of four African states that recognized the outbreak state. The Lagos government was first and foremost aided by Britain and the Soviet Union.

The federal government switched to a full blockade of Biafra. The result was disastrous for the people of Biafra. The losses of human life were higher than in Vietnam during the same period.

Biafra’s case won considerable sympathy in the Western world. On the one hand, the people of Biafra were Christian, and on the other, the rebel leadership carried out a large-scale propaganda campaign through an advertising agency in Switzerland. Both contributed to Biafra’s interest.

At the end of the Civil War, Gowon’s government failed to carry out criminal actions against the outbreak. A new state administration was introduced in Nigeria, largely following the pattern Gowon had proposed a few days before Biafra’s declaration of independence. The number of states was later increased to 19.

Gowon maintained relatively stable conditions in Nigeria in the years following the war. He nationalized 55% of the oil production in the country, which provided the basis for the development of a local citizenship. At the same time, he promised transition to civilian rule in 1976, but postponed the transition indefinitely in 1974. The following year, he was dismissed by Brigadier General Murtala Ramat Muhammad – primarily on the grounds of discontent with the obvious corruption and the lack of control over the country’s economy. Murtala was killed in an attack six months later and was replaced by Chief of Staff, General Olusegun Obasanjo. During his presidency, Barclays Bank and BP were nationalized for breaking the blockade of South Africa. 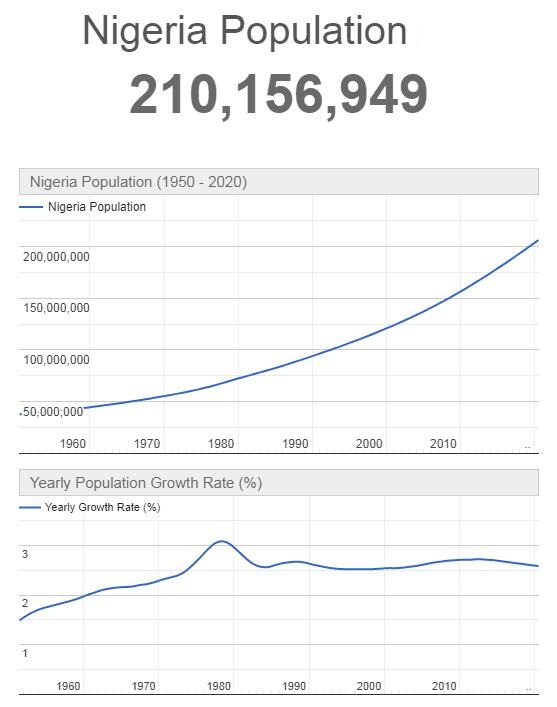