Afghanistan is a country located in Central Asia. Sporadic fighting was fought all winter and spring between the Taliban army and the so-called Northern Alliance. Hundreds of civilians were killed when the Taliban entered the Shiite city of Yakaolang in central Afghanistan in January.

Two years of severe drought drove at least 700,000 people to makeshift camps near the major cities, especially in Afghanistan’s northern and western parts, where they lived in unbearable conditions. Grasshopper invasions in the north in the spring caused great damage to the already insufficient harvest.

Afghanistan’s conflict with the Western world was exacerbated by the Taliban’s refusal to extradite terrorist-suspected Saudi Usama bin Laden. A decree from the Taliban leader mullah Mohammad Omar that all “idol images” would be destroyed could be seen as open despite the outside world. The decree led to two ancient Buddha statues carved out of a rock wall in Bamian, disrupted, despite appeals from all over the world to be spared. A decree that religious minorities would wear yellow cloth marks on their clothing gave associations to the Nazi era.

The fact that all opium production was stopped in the Taliban areas attracted little attention abroad, to the great anger of the Taliban who hoped for diplomatic recognition as a thank you. Afghanistan used to be the world’s largest opium producer.

In September, Northern Alliance military leader Ahmed Shah Massoud was killed by two Arab suicide bombers. The murder was suspected to have been perpetrated by Usama bin Laden’s al-Qaeda terrorist network, which has gained considerable influence over the Taliban regime. The suspicions were strengthened following the terrorist attacks against the United States a few days later, when the situation in Afghanistan changed dramatically. When the United States, after new unsuccessful attempts to extradite bin Laden, began bombing the Taliban on October 7, the Northern Alliance became a natural ally. The United States also courted his ex-wife Zahir, who has been on the run from Italy since he was deposed in 1973, to get him to take on a political role in a conceivable situation following the fall of the Taliban regime.

Former guerrilla leader Abdul Haq, rumored of the war against the Soviet Union, was arrested and killed by the Taliban at the end of October as he attempted to stage an uprising among the Pashtun population.

The heavy US bombings after October 7 were directed mainly at Taliban military targets, but the bombs also hit residential areas, hospitals and food stores. A difficult number of civilians were killed. The bombings also triggered new refugee flows, which exacerbated the supply crisis.

Intense bombing of the Taliban’s front lines in the north changed the balance of strength. The Northern Alliance was also favored by the arrival of American and British soldiers. The alliance was now able to advance and took the city of Mazar-e Sharif on November 10. Then the Taliban regime collapsed. Taliban soldiers fled in disorderly retreat and in several provinces local clans revolted. Herat in the west fell on November 12 and the following day the Northern Alliance entered Kabul, after the Taliban evacuated the capital. Pashtun clan warriors began to move towards Qandahar in the south, the Taliban’s headquarters.

In the wake of the collapse of the Taliban regime, parts of Afghanistan returned to the same lawless state as in the early 1990s, when the Taliban were welcomed by the people. Old warlords resumed their self-appointed governorship. Five foreign journalists, among them the Swedish TV photographer Ulf Strömberg, were robbed. Massacres were employed on volunteer Taliban soldiers from other countries. On December 7, the Taliban also surrendered in Qandahar. However, Mulla Mohammad Omar and Usama bin Ladin had disappeared. Tora Bora, a mountainous area in eastern Afghanistan filled with caves where bin Laden was supposed to hide, was subjected to violent bombings.

Many members of al-Qaeda were arrested or killed, but bin Laden was not found and suspected to have been able to enter Pakistan. Mulla Mohammad Omar was supposed to hide in the mountains northwest of Qandahar.

At a UN-led conference in Bonn, Germany, Afghans from various camps agreed on a provisional administration under the leadership of the royal-friendly Pashtun clan leader Hamid Karzai. The temporary government, whose term was set at six months, was otherwise dominated by the Northern Alliance. Its task was to prepare a traditional council assembly, Loya Jirga, where a transitional government should be elected to govern Afghanistan for a maximum of two years until the general elections. The outside world promised great efforts for the reconstruction of the country.

The new administration was installed on December 22, and at the same time the first soldiers arrived from a British-led international force, which is to ensure security in Kabul in particular. Many nations, including Sweden, promised to contribute to the force, which is estimated to amount to about 4,000 men. 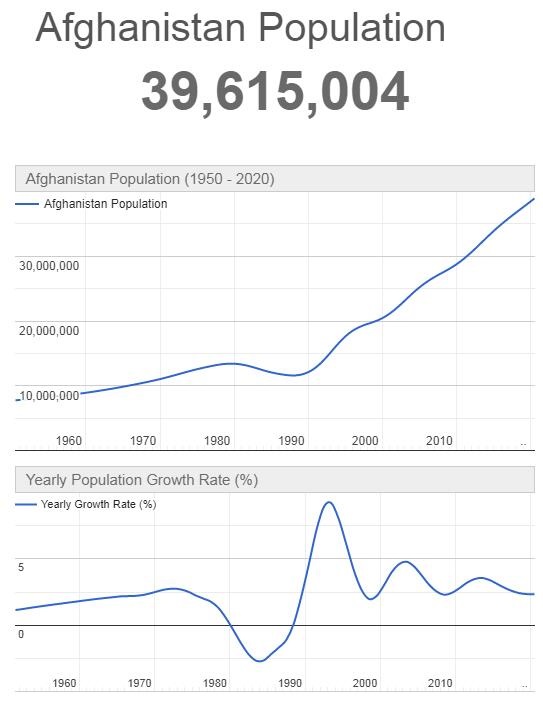