Uganda. President Yoweri Museveni was re-elected with almost 70% of the vote in the March presidential election. The partyless parliamentary elections in June also became a big victory for the president’s sympathizers in the so-called Movement, which is supposed to replace a normal party system. However, both elections were disturbed by violence and accusations against the regime of threats and pressures. In the presidential election, Museveni was considered for the first time to have a credible challenger, Kizza Besigye, former Museveni’s life doctor and one of the ideologues behind the Movement. But in recent years he had criticized the state leadership for corruption and undemocratic methods. Besigye, in vain, appealed against the election results and fled to the United States in August, after he said he had been harassed by the security service.

Uganda’s relationship with neighboring Rwanda, which had been tense after clashes between their armies in Congo (Kinshasa) in 1999 and 2000, seriously deteriorated in March when Uganda publicly designated Rwanda as an enemy. Both accused each other of supporting their country’s rebel movements. Voting was muted temporarily following a July meeting between Museveni and Rwanda President Paul Kagame, but late in the fall there were alarmingly frantic outcomes.

Museveni hosted the African Development Forum in Addis Ababa and was hailed here for his fight in Africa against HIV/AIDS. Museveni here referred to the alarming statistics for the prevalence of the disease in sub-Saharan Africa, where 25 million people are infected. In Uganda, the level of infection had been one of the highest in the world, but through information and a press campaign under the slogan “love with caution”, the government had succeeded in significantly reducing the spread of the epidemic.

In accordance with the 1995 Constitution, on 29 June 2000, a referendum and the possible introduction of multi-party rule were carried out. The Democratic Party and other parts of the opposition called for a boycott of the vote. The result was that 80% of the votes supported Museveni’s model of a “democracy without parties”. In voter surveys, the figure had been 50%. The consequence was that Uganda continued indefinitely in its very unusual form of governance. However, this does not prevent the NRM – which now calls itself the “movement” – as a state party. The system also places all the power in the hands of its founder.

Amnesty International criticized Uganda as one of the countries where human rights of bisexual, bisexual and transgender people are particularly violated. Since 1999, Uganda’s police have been ordering to detect and attack homosexuals, and since then, gay activists have been subjected to persecution. In June 2000, police killed a member of Lesgabix, an association of gays and lesbians in Kampala.

At the March 2001 presidential election, Museveni was re-elected with 69.3% of the vote. His strongest opponent, Kizza Besigye, received 27.8% of the vote. He was formerly a colonel in the NRM, had worked as a doctor during the guerrilla struggle, and had held high positions in the government ever since. International observers estimated that around 15% of the vote was fraudulent, declaring that the election had been conducted in a climate of threats. Museveni declared that his votes were “like the never-ending Lake Victoria”, describing his electoral victory as a result of 15 years of peaceful governance. On May 12, he began his new term of office, which extends to 2006, and according to. the Constitution is the last.

On July 4, Museveni had a meeting with the Democratic Republic of Congo’s current president, Joseph Kabila – son of Laurent Kabila – in Dar es Salaam. The meeting accelerated the withdrawal of Ugandan troops from the Congo and the deployment of UN troops along the front. 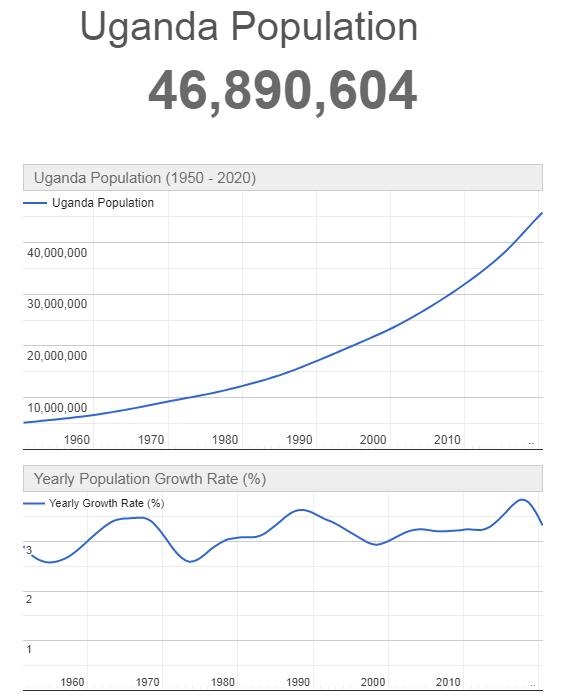