Niger. Businessman Aboubacar Sanda was dismissed by the government after 20 years as one of Niger’s most important traditional leaders, the Sultan of Zinder. He was charged with a number of serious crimes such as coup preparations, murders, weapons trafficking, money laundering and drug trafficking.

To the new hunger, the government appointed a former policeman, Mamadou Moustapha. The sultan title gives significant influence as a local religious head.

The economic crisis worsened with the closure of the border with Nigeria from April 1984 to March 1986, which hindered the movement of cattle and food trucks. The border closure decision came from Nigeria, who wanted to make a currency adjustment. In 1985, however, fuel was exempted from the closure.

The situation did not improve in 1985: the price of uranium fell 4% and 400,000 tonnes of grain was missing to meet the country’s needs; foreign debt continued to rise, and rising interest and repayment payments demanded ever greater volumes of currency.

In 1986, the government tried to change its policy. But that same year, General Kuntché suffered a brain haemorrhage, and died 11 months later at a military hospital in Paris. The Supreme Military Council appointed Ali Seibou as successor. Some of his first moves were the appointment of 10 new ministers, and the declaration of an amnesty that allowed the exiles to return. Thus, the exiles Djibo Bakari and Hamani Diori became part of political life again. However, Diori died in Morocco in April 1989.

In 1988, Seibou faced an action in which 3,000 students for 22 days refused to participate in the education, eventually meeting their demands.

On August 2, 1988, the unitary party “The National Movement for the Development Society” was formed, while a “National Development Council” prepared a new constitution. It was put to the referendum and approved in 1989, and in December of that year, Seibou was elected President of the Republic by universal suffrage, in the first elections held since independence in 1960.

The drought in the Sahel region led the government to pay special attention to agricultural production and the rural population, which accounted for 80% of the population. In the period 1980-90, 32% of the state budget went to agricultural development. An important factor in this process was that 98% of housewives used firewood for cooking. Coupled with the persistent deforestation and recurring drought, the nearly single-use use of the fire as a public energy source created worrying environmental prospects. In response, the government worked on the installation of solar panels and wind energy, promoted the development of electricity supply and the production of economical stoves with less energy consumption. In order to limit the high consumption of firewood, the government intended to double the tax on logging.

As newly elected president, Seibou benefited from a short-term favorable development in the economy resulting from a surplus of 200,000 tonnes of grain in 1989. Ali Seibou wanted to unify his project on a single party that would be able to summarize the various trends that existed in the country, with its promises of real democratization. Throughout 1990, political opposition among both workers and students proved very active. In addition to demands for pay and education reform, the demand for a multi-party system came to light through major strikes and demonstrations that met harsh police repression.

In 1990, the country’s agricultural production fell by over 70%. The population grew by 3% a year, but food production grew by almost 1% – despite a doubling of the cultivated area. Soil resources are depleted and fertility has been lost due to lack of phosphorus and nitrogen.

The government launched a structural adjustment program imposed by the IMF, which included two years of freeze pay for public servants. In response, workers and peasants conducted new strikes and demonstrations. Towards the end of 1990, Seibou publicly undertook the obligation to lead the country towards a democratic system of acceptance of the existence of several political parties, and created the purpose of the “National Conference” with the task of regulating political change. 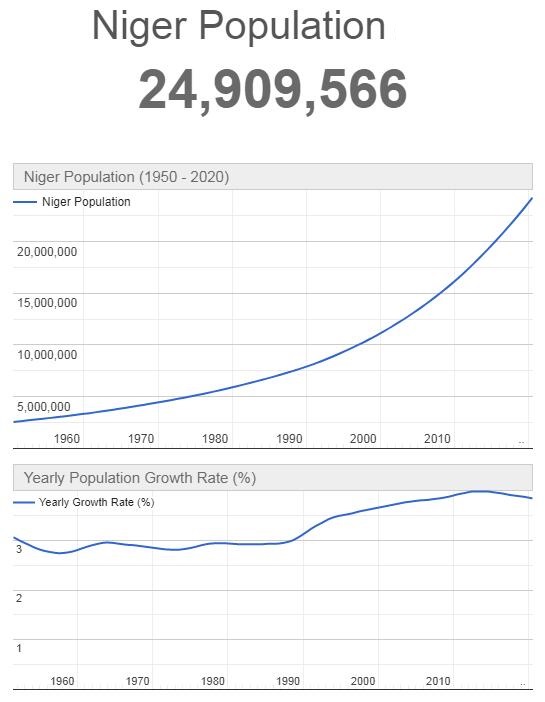