Somalia. The provisional government set up at a peace conference in Djibouti in 2000 was difficult to accept by the established militia leaders who have waged war since the early 1990s. At a counter-conference in Addis Ababa in March, these warlords formed the Somali Council for Reconciliation and Reconstruction, which they described as a more representative government.

During the year, fierce fighting between Bay, Bakol and Kismayu in Somalia’s southern parts took place between the UN-backed provisional government troops and the militia’s militia forces. The government made an attempt to mark a clear presence, at least in the capital Mogadishu, by letting a new police force patrol the streets and by starting to collect taxes from the city’s merchants, who were the new state’s most eager accelerators. But also in Mogadishu large areas were out of reach of the new government’s representatives.

The Provisional Government’s claim to represent the whole of Somalia also indirectly contributed to the unrest in the Puntland region in the Northeast, which without ruling Somalia had ruled itself for several years, and in Somaliland, which reaffirmed its unanimously declared independence in a referendum in May. The presence of several people from Puntland and Somaliland in the provisional parliament in Mogadishu, and in the government, prompted pressure from the central government to reinstate the outbreak regions. This sparked a power struggle in both regions.

After so many years of conflict, news from Somalia is difficult to reach in the international media. Not even alarm signals from UN agencies about imminent mass violence due to lack of rain in the southern parts of the country caused a major reaction in the outside world. By contrast, Somalia was once again caught in the eye after the terrorist attacks in the United States on September 11, when Somalia was designated as one of the countries suspected of harboring terrorists. The country’s largest corporation, al-Barakaat, which, among other things, runs a kind of banking business, had its accounts blocked at the request of the United States for alleged cash flow to terrorists to be strangled. The measure deprived millions of overseas Somalis, even in Sweden, of sending money to relatives in their home country, where ordinary banks are missing.

Mogadishu, capital of Somalia; 1. 7 million residents (2015), including suburbs. Mogadishu had strong population growth in the 1990s because parts of the rural population sought shelter in the city from the Civil War. The city, which is located on the Indian Ocean, is, under normal conditions, a major export port, including for bananas and hides, and has an international airport. It is also a university education center (founded in 1954). Clashes between the country’s political groups escalated during the 1990s, and large parts of central Mogadishu were damaged during the fighting.

After 2011, when the Islamist movement al-Shabab withdrew, reconstruction work was started by foreign-based Somalis and local authorities with the support of, among others, Turkey. In 2017, the city center was hit by an extensive terrorist attack when a truck with explosives exploded and several hundred people perished.

Report: al-Shabaab receives more in taxes than the government

The militant Islamist group al-Shabaab collects larger sums in “taxes” from the population than the Somali government. More than half of the money comes from the capital Mogadishu, according to a report from the research institute Hiraal. Some entrepreneurs pay “taxes” to both the government and al-Shabaab. In rural areas, tax collection often takes place with brutal methods, where people pay the “taxes” so as not to risk being killed or subjected to other reprisals. Companies pay taxes monthly or the equivalent of 2.5 percent of profits once a year (zakat). al-Shabaab also collects import duties on goods brought into the country via the port of Mogadishu.

Prime Minister Mohamed Hussein Roble appoints his new government, which consists of a Deputy Prime Minister and 26 other ministers, four of whom are women. In addition, there are 17 state secretaries and 26 deputy ministers. The government can take office after being approved by parliament on 24 October.

At least ten are killed in ambush

At least 10 Somali soldiers, including their commanders, were killed in an ambush and several were injured in an ambush near a village near the town of Afgoye, about 30 kilometers from the capital Mogadishu, according to military sources. The hardline Islamist militia al-Shabaab takes responsibility for the attack, claiming that 24 soldiers have been killed and 32 injured. 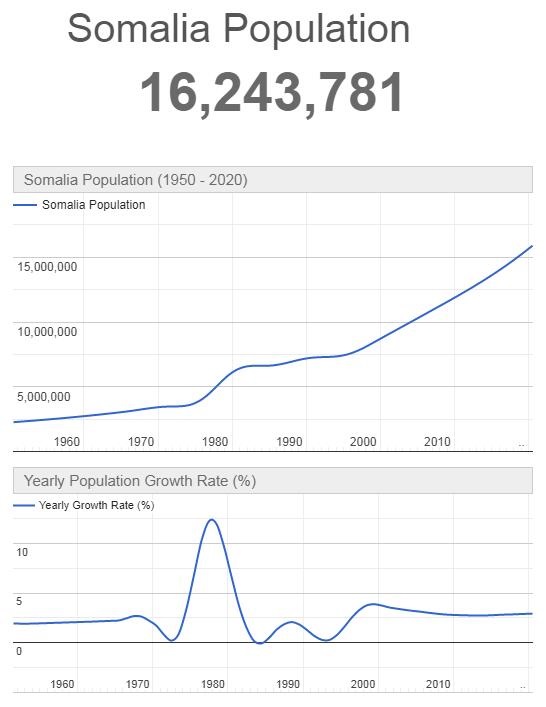