Gabon. The Permanent Government Party PDG remained uninhabited after a general election in December. A large part of the opposition had called for election boycotts due to alleged irregularities during the preparations. The turnout was low.

The election was overshadowed by the news that a new outbreak of the dreaded Ebola fever hit northeast Gabon; 16 people were reported to have died in December.

Libreville, capital of Gabon; 797,000 residents (2012). Libreville, located on the northern shore of Gabon Bay, is an important port city, and Owendo, 15 km southeast of Libreville, has a deep harbor, with exports of timber, cocoa, rubber and palm products. The city center is European, surrounded by African settlements. Libreville has a university (founded in 1970) and an international airport (about 10 km north of the city).

The French built a fort on the site in 1843, and a settlement named Libreville was founded for freed slaves in 1849. Libreville became the capital of 1910 in the Gabon colony in French Equatorial Africa and 1960 in the Republic of Gabon. 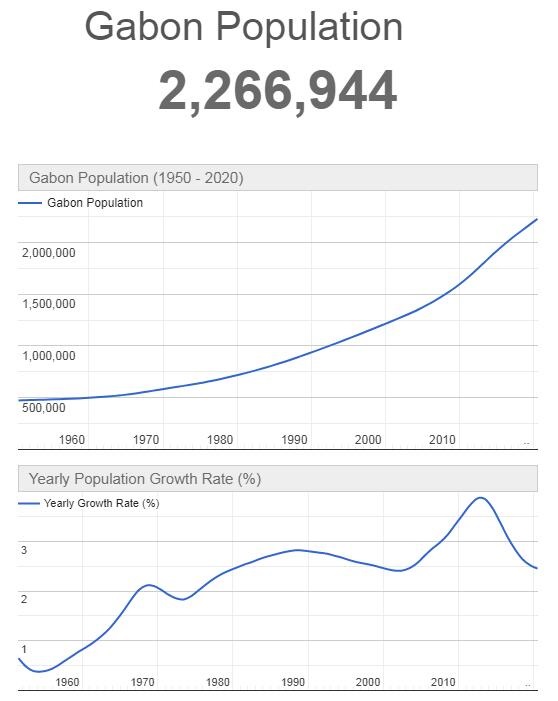