Guinea. In southern Gguinea, the fighting between the government army and several different rebel groups from Guinea, Liberia and Sierra Leone continued. In the combat zone, 150,000-250,000 civilians were trapped, most of them refugees from neighboring countries Liberia and Sierra Leone, but also Guineans who had been fleeing. Particularly vulnerable were those who were in an area known as the parrot beak.

Since the fighting has slowed down, the UN refugee agency UNHCR was able to evacuate most of the refugees in May. Liberia and Gguinea Presidents, Charles Taylor and Lansana Conté, accused each other of supporting opposition groups from the other country, but there were plans to meet later in the year to try to resolve the crisis.

Opposition leader Alpha Condé was released in May after being pardoned by Conté. During the summer, the Government Party began to act for a constitutional change which, among other things, meant that the president could be re-elected an unlimited number of times. This drew strong criticism from the domestic opposition and many western countries. A referendum on the issue was held on November 11, with the yes side receiving 98% of the vote. Officially, turnout was at 87%, while other sources talked about 20%. The decision to hold a referendum had not been taken by Parliament as the constitution states but after a decree from the president. The opposition alliance Codem had called for a boycott, and there were unrest before the election. Codem also threatened to boycott the parliamentary elections that would have been held on December 27. The government then decided to postpone it indefinitely.

Russian covid vaccine is being tested in Guinea

Guinea begins vaccinations against covid-19 with the Russian vaccine called Sputnik V. So far, these are small-scale vaccinations, only 60 doses to be used on middle-aged volunteers. First out is Defense Minister Mohamed Diane. The vaccine is controversial as it is not considered to have been tested sufficiently and Russia is accused of using it to strengthen its geopolitical influence. Guinea has had 13,000 confirmed cases of covid-19 and 80 people are said to have died from the disease.

Five opposition politicians have now been arrested since Cellou Balde, a former UFDG MP, surrendered to police. His party comrades Ousmane Gaoual Diallo, Abdoulaye Bah and Ibrahima Chérif Bah are already in custody with Étienne Soropogui, who belongs to a smaller opposition party. All five have been wanted by police following clashes between opposition supporters and security forces following the October 18 presidential election. According to the government, 21 people were killed in the riots, while the opposition claims that 46 people were killed.

President Condé promises to crack down on nepotism

President Alpha Condé now says that his administration will now crack down on anyone who has not obtained their money legally, that he will not allow nepotism or that those who break the law will not be punished. He urges those who have enriched themselves legally to return what they have stolen. He also promises to try to grow the economy in a way that benefits all Guineans.

The Constitutional Court upheld the outcome of the October 18 presidential election, which was won by President Alpha Condé by almost 60 percent of the vote, dismissing the complaint by opposition leader Cellou Dalein Diallo that it did not go right. After the ruling, President Condé walks through the capital Conakry and promises those he meets a new way of leading the country. Assessors say that Condé has strengthened his grip on the country’s security forces and that he has shown that he does not hesitate to deploy them against opponents. According to the opposition party UFDG, at least 46 people were killed during the violence after the election and about 200 were shot. The government side has previously spoken of 21 deaths.

Opposition leader Cellou Dalein Diallo ‘s party UFDG has called for protests against Condé, but the call is not heeded by many. This is partly explained by the fact that security forces have been deployed in areas in Conakry where the opposition is strong, partly by the fact that many opposition supporters think that the price of the protests has become too high, as so many have been killed or injured.

Diallo is appealing the election result

Opposition leader Cellou Dalein Diallo is appealing the results of the October presidential election to the Constitutional Court. He claims that extensive irregularities have occurred and claims to have “indisputable evidence for this”. According to media sources, three other presidential candidates have also appealed the result. According to official figures, incumbent President Alpha Condé won the election with 59 percent of the vote. 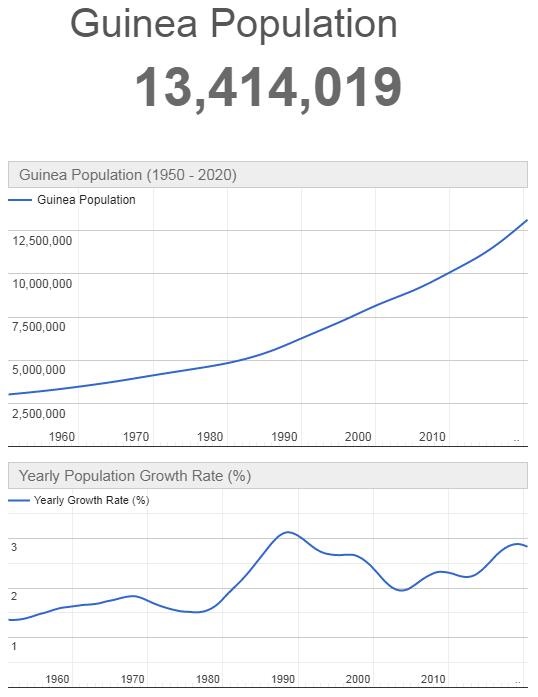