Cameroon. A special military force formed in 2000 to intervene in the increasing crime was dissolved on the orders of the chief of police after taking the law into too high a degree in his own hands. The Special Forces were charged with the death of more than 1,000 people, which has provoked harsh criticism both domestically and internationally.

An old conflict between the government and the English-speaking minority blazed up again in the fall when riot police dissolved prohibited demonstrations, killed at least three people and arrested dozens of activists. The English speakers, who make up almost a third of K’s more than 15 million residents, feel like second-class citizens. The army sent reinforcements to the English-speaking areas to stave off further protests.

Cameroon in its present form was formed in 1961, when the southern part of British K. was merged with the area that was previously French colony. Both parts would be equal partners, but gradually the French-speaking part has become completely dominant.

Many children are killed in attacks on schools

At least six children are killed when a dozen perpetrators with rifles and machete attack a bilingual school in Kumba in the southwestern region, where a separatist uprising is taking place, the UN agency Ocha announces. The government states the number of dead children to six, while Ocha says that at least eight children may be killed. At least twelve children are taken to hospital with injuries, seven of them seriously injured. The school children are between the ages of nine and twelve. No group is carrying out the attack, but the government points out separatists as guilty. The separatists want to keep the schools in the region closed as part of the struggle for independence for the country’s English-speaking areas.

Soldiers are convicted of murdering women and children

Four government soldiers are sentenced to ten years in prison each for killing two women and their children in a way described as pure executions. A fifth soldier gets two years in prison. A video published in July 2018 on social media shows how the soldiers shoot to death two kneeling women with blindfolds and an infant that one of the women is carrying on her back and a young girl. The military has long denied involvement in the killings, dismissing the film as “fake news”. After Amnesty International was able to present evidence, however, seven soldiers were arrested and brought to justice. Two were later acquitted. The fashion was launched in 2015 in Zeleved in northernmost Cameroon where the army is fighting jihadistscrossing the border from Nigeria. The army suspected that the women sympathized with the extreme jihadist group Boko Haram and ordered the soldiers to arrest them.

The government army launches an offensive against separatists in Bamenda in the northwestern region where a police inspector was recently killed. The offensive is called “Clean Bamenda” and means that the regional capital is paralyzed, and streets and squares are deserted. Separatist uprisings have been going on in the English-speaking regions of the North West and South West since 2017.

Regional elections will be held in December

President Biya announces that Cameroon’s first regional elections will be held on December 6, 2020. Elections will be held in all ten regions, including the two English-speaking regions, where separatist uprisings are taking place. The regions will elect 90 members to a regional council that will have some influence over local issues. Twenty of the 90 members will be traditional leaders. 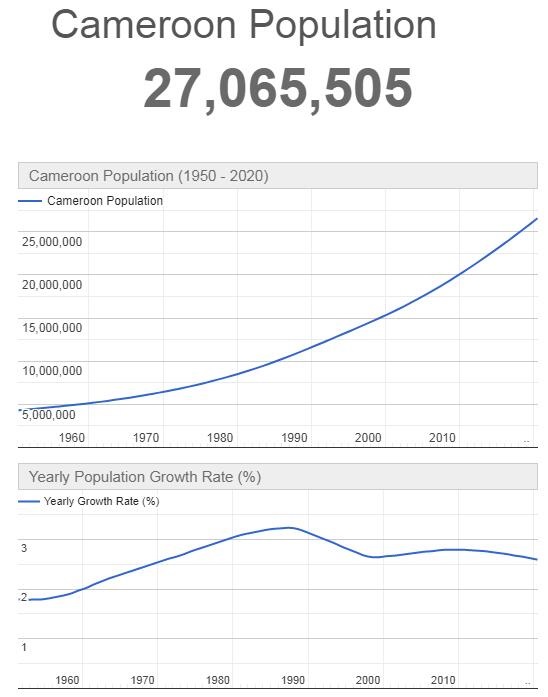