In September 2004, the number of homes without food reserves increased, and food prices increased significantly. Although a large part of the areas in the country saw themselves able to deal with the drought, there were nevertheless large areas in the southern part of the country becoming increasingly dependent on food aid. The North American organization Famine Early Warning Systems (FEWS) stated in its latest report: “The number of homes dependent on food aid will increase until next fall in March 2005”.

Education Minister Yusuf Mwawa was arrested in May 2005, accused of using state money to pay for his wedding. He was further accused of violating his powers as a public official, theft, fraud and document forgery. A number of senior officials – including former ministers – were also arrested as part of a campaign against corruption launched by President Mutharika.

In February 2006, the opposition accused Mutharika of using the Anti-Corruption Council (ACB) to persecute its opponents. The president dismissed the allegations, declaring that his administration was not pursuing the opposition, but that all guilty of corruption were being prosecuted – including members of his own government.

After five years of drought and food crisis, the Minister of Agriculture announced in April that the country had had a good maize harvest. The food situation was thus somewhat improved.

In July 2007, the government launched a campaign against the trade in small arms, which according to. official investigations were a major cause of widespread violence and slowing down social development. Acc. the authorities were the main source of the many small arms refugees from neighboring countries in conflict as well as illegal immigrants.

In May 2009, Mutharika ran for another round as president and was elected with 66% of the vote. His party, the DPP, got 114 of the parliament’s 193 seats. The president subsequently appointed former Foreign Minister Joyce Banda as prime minister. She is the country’s first female prime minister.

In January 2010, Malawi assumed the presidency of the African Union after Libya. In July 2010, condemned Mutharika in his capacity as AU Secretary General of the ICC for its arrest warrant for President Omar al Bashir. In Africa, there is a general distrust of the ICC, which has only issued arrest warrants against Africans, while Western heads of state have been able to commit war crimes in Afghanistan, Iraq, Palestine and Libya.

Malawi banned homosexuality in 2010 and in May sentenced a couple to 14 years of hard criminal justice. However, the couple was pardoned by the president two weeks later after UN Secretary-General Ban Ki-Moon personally protested the verdict. However, the legislation remains unchanged.

The situation in the country developed increasingly tense during 2011. The background was rising food prices and a lack of foreign currency for import of goods. The regime became increasingly violent in attacks on the demonstrations conducted. A preliminary culmination was reached in July, with police firing sharply against demonstrations inLilongwe, Blantyre and Mzuzu. 19 were killed and hundreds injured. By extension, the police arrested about 500 protesters. In August, Mutharika declared that he would set up an independent commission of inquiry to investigate the circumstances. However, the investigation was not carried out. Shortly after the massacre, the United States declared it to set up a $ 350 million aid program. US $. The United Kingdom declared it ceased its direct assistance to the tune of £ 30m. US $. The occasion was not the massacre, but the expulsion of British High Commissioner Fergus Cochrane Dyet.

As the economic and food situation deteriorated, the democratic space was reduced and human rights violations increased.

In April 2012, President Mutharika died of heartbreak and the post was taken over by his Vice President Joyce Banda. It came to a minor constitutional crisis when the DPP tried to bypass the constitution and prevent Banda from becoming president, but after 3 days the DPP accepted the provisions of the constitution. The human rights situation in the country was noticeably improved following Joyce Banda’s takeover of the presidential post. 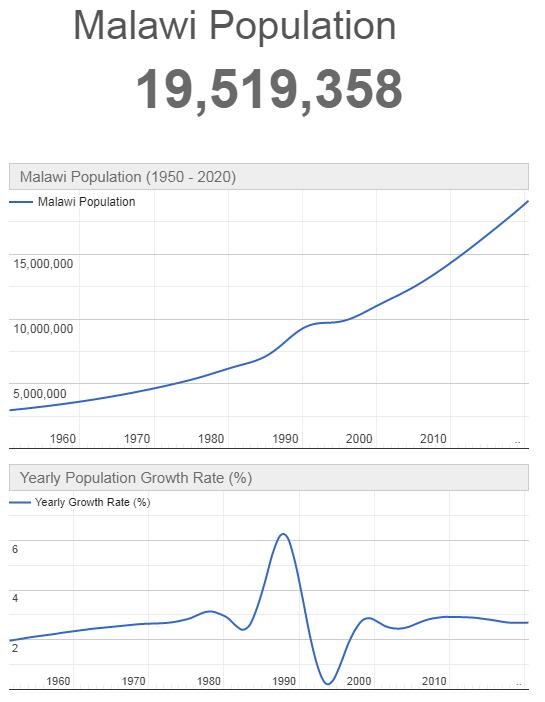