Sudan. The war in the south continued and was considered to have received renewed intensity by the increased oil recovery in areas claimed by the South Sudanese guerrillas. The British aid organization Christian Aid accused foreign oil companies, including Swedish-owned Lundin Oil, to quietly accept the army’s abuse of the population in order to conduct operations in the region. According to Christian Aid, large areas have been emptied of population to pave the way for oil companies.

In February, an agreement was published between the guerrilla and the Islamist Party National People’s Congress (PNC) on “peaceful popular resistance” to the regime. The deal came as a surprise because PNC leader Hasan at-Turabi was previously the regime’s chief ideologist. However, he ended up in the cold when he lost a power struggle against President Omar al-Bashir in 2000. At-Turabi and several other members of the PNC were now arrested. The charges against them were closed towards the end of the year and most were released. However, at-Turabi was detained in house arrest, as his arrest was considered “in the public interest.”

In October, the UN repealed the mild sanctions against Sudan introduced in 1996, as Sudan has shown good will to cooperate against terrorism. The United States refrained from vetoing but retained its own, much stricter financial sanctions.

In July, the UN moved thousands of refugees to safer camps. At the same time, thousands of Sudanese continued their escape to Chad due to the continued violence in Darfur. The humanitarian organizations accused the janjawid militias of being responsible for the displacement of 1.2 million. Sudanese out of the country. At the same time, the United States called on the United Nations to impose sanctions on Sudan, as the central government exhibits a crippling inaction in dealing with the humanitarian disaster in Darfur.

In March 2005, it was estimated that 180,000 people had died during the conflict in Darfur in the previous 18 months, that 2 million people died. had fled from their villages to seek refuge in the most important cities, and that 200,000 had fled to Chad. The UN Special Commission on Darfur concluded that the Sudanese government had not committed genocide – which would otherwise have required the international community to intervene – but on the contrary, it had committed “serious human rights violations and international humanitarian law”, and that it can be prosecuted as crimes against humanity. The Commission specifically recommended that the Security Council let the UN Criminal Court ICC examine the situation at the bottom. It quickly created great controversy. Instead, the United States fighting the ICC suggested that a special ad hoc court be set up in Arusha, Tanzania for that purpose and that the Security Council adopt sanctions against Sudan. The EU, on the other hand, supported the proposal that the ICC should be put on the case.

Vice President and Christian Party leader John Garang, who had been at the forefront of a 20-year armed struggle against Muslims in northern Sudan, died in August in a plane crash. The government set up a commission of inquiry to clarify whether the incident was an accident or an assault.

With the African Union as a mediator, the Sudanese government and Darfur’s rebel movement approved on May 5, 2006 a peace plan. It was signed in the capital of Nigeria, Abuja. However, an outbreak group from Darfur’s rebel movement as well as the Justice and Equality Movement refused to sign an agreement because they each wanted greater influence in Darfur after the war ended. They were therefore allowed to sign and launch the disarmament until 31 May. It didn’t happen. Instead, a number of the groups that did not want to sign under the National Redemption Front formed, and conflict spread to the entire region, spreading simultaneously into Chad. A further complication was that the various rebel groups began to fight among themselves.

In the middle of the year, the World Food Program characterized the situation in Darfur as “the world’s current worst crisis”. It pointed out that the lack of food increased malnutrition and worsened the situation of millions of people. 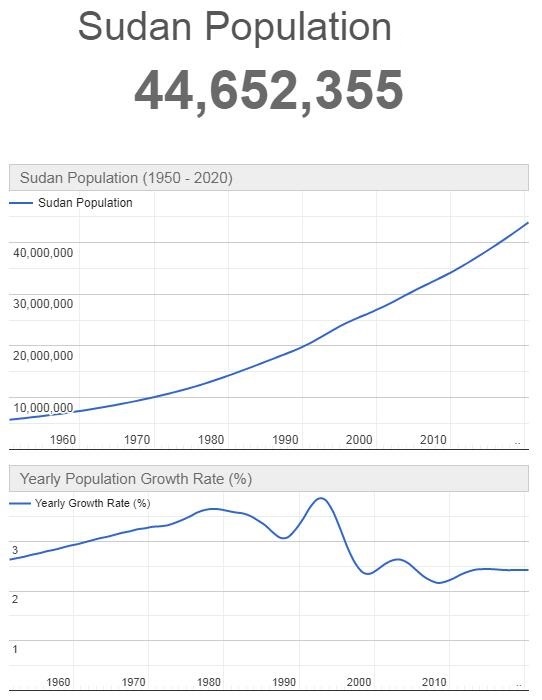