Morocco. In May, 36 members of the independent human rights organization AMDH (Moroccan Human Rights Association) were sentenced to three months imprisonment for demonstrating in Rabat in December 2000 on UN Human Rights Day. The judges aroused international protests, and all 36 were released in November by a higher court.

Former Moroccan agent Ahmad Bukhari said in a June interview that state officials in the 1960s were involved in the assassinations of several opposites. After the interview, Bukhari was sentenced to one year in prison for trying to redeem checks that lacked coverage. He later received his sentence reduced to three months.

During the year, more and more refugees traveled illegally across Gibraltar from M. to Spain, despite the fact that Morocco and Spain agreed in July that up to 20,000 Moroccans would be granted work permits in Spain each year.

In early September, a boat with 60 people capsized on board; all but one was feared to have drowned.

A diplomatic crisis ensued in which Spain accused the Moroccan police of engaging in refugee smuggling and demanded increased efforts on the Moroccan coast. In November, Morocco called home his ambassador from Spain. Several Spanish aid projects in Morocco were put on ice.

King Muhammad VI promised in July to establish an authority with the task of guarding the cultural rights of the Berbers. In October, the Royal Institute for Tamazight Culture was inaugurated.

King Muhammad visited Mauritania in early September. Relations between the countries have been strained since Morocco occupied Western Sahara in 1975.

Representatives of nearly 180 countries gathered in Marrakech in early November for a conference on the so-called Kyoto Protocol.

King Muhammad announced in October that in early 2002 he will marry a woman of the people, the engineer Salma Bannani from Tangier. 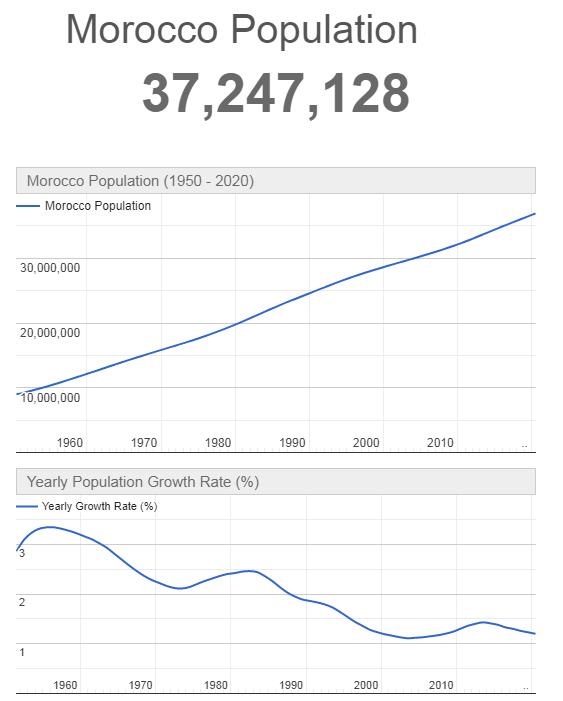