In January 1984, the government decided to remove the subsidies for a number of foods. The price of bread rose 115% and it came to violent demonstrations that cost over 100 lives. That forced President Bourghiba to suppress price increases. Following new professional conflicts in 1985, the national organization UGTT was brought under government control. Furthermore, there was a strong clash with the emerging Islamic movement. Hundreds of Islamists were detained and a number were sentenced to death.

During Bourguiba’s presidency, Tunisia developed into the most Western-oriented in the Arab world. But from 1986, the Islamic response posed a number of fundamental questions about civil society: the importance of religion in the lives of individuals and communities, as well as the Islamic consciousness of the country. Furthermore, it asked questions about women’s emancipation and the influence of European tourism.

From 1986, Colonel and later General Zina El Abidine Ben Ali’s path to political power began. In 1987 he was appointed prime minister and in November he replaced Bourguiba at the presidential post. Bourguiba was otherwise president “for life,” but a group of doctors declared him mentally and physically unfit to continue to hold the post. Now a «national reconciliation process» has begun, implied that hundreds of political prisoners be released and a number of closed newspapers be allowed to reopen. The ruling party is simultaneously renaming the Democratic Constitutional Assembly (RCD) without abandoning its dominant role in political life.

On April 2, 1989, presidential and parliamentary elections were held, which observers considered “the freest” since independence – despite the fact that 1.3 million were unable to attend as they were not registered as voters. The election reflected the polarization between the ruling party RCD, which got 80% of the vote and all seats in parliament, and the Islamic movement Hezb Ennahda, which was declared illegal but with its “independent” candidates, nevertheless attracted 15% of the vote. Opposition parties in the center and on the left criticized the irregularities in the elections, but were still almost completely without support. President Ben Ali was re-elected with 99% of the vote.

Tunisia had opposed the Arab League’s recognition of the State of Israel in 1968 and severed diplomatic relations with Egypt following the Camp David agreement of 1979. In 1982, the country welcomed the Palestinians when they were expelled from Lebanon and served as the PLO headquarters from the same year.. During the first years of Ben Ali’s presidency, the regime had taken a more conciliatory stance on the Islamists, but now it decided to resort to the illegal Hezb Ennahda and other opposition groups. In 1991, all religious political parties were banned.

In June 1990, Amnesty International published a report on Tunisia reporting torture and mistreatment of prisoners in isolation. Amnesty International also requested that two death sentences be overturned – unsuccessfully. In mid-1991, personalities from across the opposition called for support of the student movement’s fight for democracy and respect for human rights.

President Ben Ali responded again by tightening legislation and increasing repression. A more restrictive law on freedom of assembly was passed in March 1992, and in July, members of Hezb Ennahda were sentenced to life in prison. Representatives from a number of Western countries understood that the risk of Islamic fundamentalism spreading to Tunisia justified Ben Ali’s policy.

At the same time, human rights organizations continued their criticism of Tunisia for its use of torture. In November 1993, Ben Ali passed a new law restricting “fundamental freedoms”. Against this backdrop, in March 1994, the president was re-elected with 99% of the vote, while the ruling party got 88% of the seats in parliament. 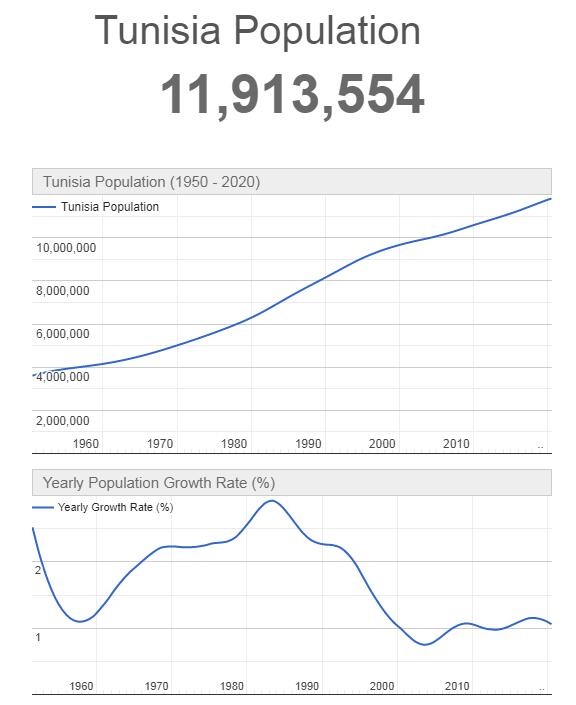