The Gambia. Presidential elections were held in October after President Yahya Jammeh in July had allowed several opposition parties, which have been banned for seven years, to work openly again. Three of these parties appointed lawyer Ousainou Darboe as their joint candidate. Despite this, Jammeh clearly won with 52.9% of the vote already in the first round.

The election was preceded by some unrest that required a few deaths, but during Election Day everything was calm and Darboe quickly admitted defeat.

Banjul, before 1973 Bathurst, capital of Gambia in West Africa; 31,300 homes (357,000 homes in the urban area (2013)). The city was founded by the British in 1816 on St. Mary’s Island at the mouth of the Gambia River. A garrison was to prevent the slave trade, and the city was to serve as the home of English merchants displaced from Senegal. The hollow, dusty and muddy streets are perpendicular to each other and testify to the city’s planned background, and around the large MacCarthy Square the old colonial buildings are dilapidated.

Banjul has a shipyard, peanut oil mills and Atlantic Harbor. There is a ferry to Barra on the opposite bank of the Gambia River, and Gambia International Airport Yundum is 24 km to the SV. Tourism is a major source of revenue with markets for textiles, handicrafts, etc., but nearby mangrove areas hinder Banjul’s urban growth; it is today a stagnant city of government. Urban growth is taking place in the neighboring urban areas of Serekunda, Bakau and Fajara; This is also where the many tourists live. 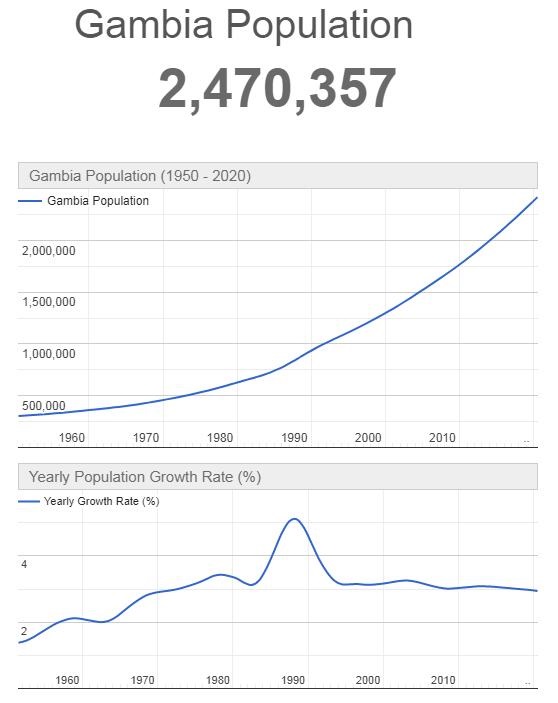