Benin. President Mathieu Kérékou was re-elected by a good margin in March. Former President Nicéphore Sogl resigned after receiving only 28% of the vote in the first round. The Constitutional Court rejected his protest against alleged cheating, and Kérékou received 84% of the vote in the second round.

The Benin authorities decided in September that children under the age of 15 must have written permission to leave the country. The rule was made after noted cases of suspected child smuggling from or via Benin to other West African countries.

The Etireno vessel traveled in April for two weeks along the West African coast with a group of children, which authorities and international organizations suspected would be sold as cheap labor to plantations and households in Gabon or Cameroon. About thirty children were taken care of when the ship returned to Benin.

Gross national product (GNP, per resident and year): 800 US$

State and form of government
Constitution of 1990
Presidential Republic
Parliament: National Assembly (Assemblée Nationale) with 83 members, election every 4 years
Direct election of the head of state every 5 years (one-time re-election, candidate must not be older than 70 years)
Right to vote over 18 years

Employed by economic sector: No information 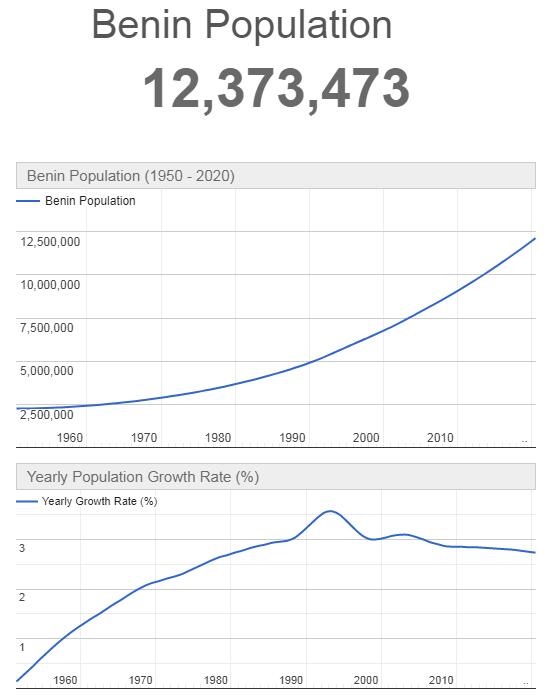