Guinea Bissau. In January, the Resistencia da Guiné-Bissau-Movimiento Bafata (RGB) left the coalition government after a conflict. The government thus had only 37 of the 102 seats in Parliament.

The political situation was tense throughout the year, not least after a series of controversial decisions by President Kumba Yalla. He was accused from several directions, both domestically and internationally, of becoming increasingly dictatorial and unpredictable.

During the fall he dismissed, among other things. three high-ranking judges who had previously been arrested accused of corruption. The judges denied that any crime had been committed. Amnesty International, which saw the intervention as a threat to the judiciary’s independent position.

In addition, Yalla had notified 60% of all civilian employees in the state administration about dismissal and cited corruption as a reason. These would be replaced by members of the ruling party. The president has also threatened to use force against those who try to use the military against him.

Seventy MPs gathered in October for an extra session to discuss the president’s behavior. The government’s credibility was also damaged by the disappearance of $ 17 million from the Treasury.

At the same time, the economic crisis continued. In November, the teachers had not received any salary for a year, a similar situation prevailed for nursing staff.

In early December, 29 people were arrested in connection with what the government said was a coup attempt planned by groups in the military. However, the information was questioned by the opposition, which called on the government to present concrete evidence.

Top politicians are accused of corruption

Guinea-Bissau prosecutors say they have issued an international arrest warrant for former Prime Minister Domingos Simões Pereira on suspicion of corruption. Simões Pereira leads the PAIGC, the country’s largest party, and was Guinea-Bissau’s prime minister between 2014 and 2015, during which time he is accused of embezzling about $ 64 million from the IMF. He left his home country after losing the presidential election in December 2019 and has been living in Portugal since May 2020.

The schools are reopening

Guinea-Bissau is reopening its schools, at least in the cities, as many inland schools continue to close. They were shut down in March 2020 to prevent the spread of the new corona virus that causes covid-19. Students are asked to wear mouth guards and water buckets have been placed outside the classrooms for students to wash their hands. About 40 people have died in covid-19 in Guinea-Bissau and the country has had 2,300 confirmed cases of the disease.

Guinea closes its borders with Guinea-Bissau and Senegal. Sources in Conakry tell the news agency AFP that the decision is made for security reasons. Relations between Guinea’s and Guinea-Bissau’s presidents have been strained since Guinea’s President Alpha Condé sought to mediate in Guinea – Bissau’s political crises. According to AFP, Guineans living in Guinea-Bissau have tried to get home to vote in the upcoming presidential election, as they have had difficulty doing so at the Guinea consulate in Guinea-Bissau. Many of these Guineans belong to the Fulani people, where the opposition is strong. 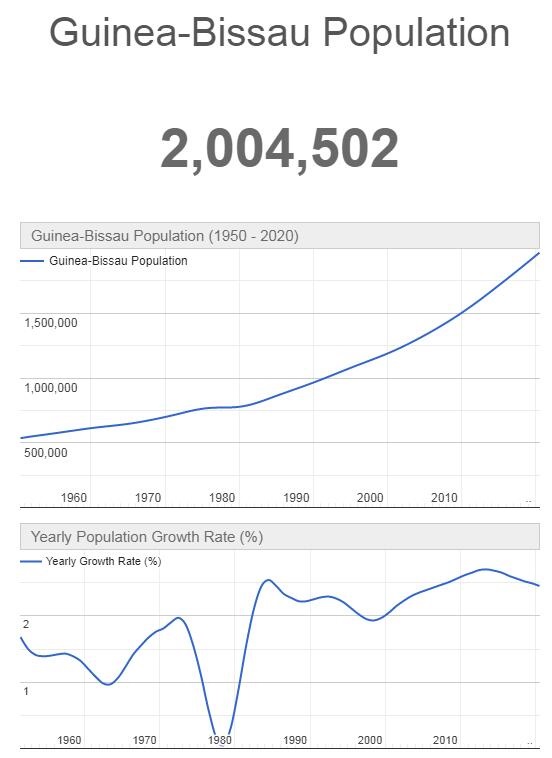