Ukraine. The charges against President Leonid Kuchma for planning the assassination of regime-critical journalist Georgij Gongadze in the fall of 2000 grew into a political scandal. At the beginning of the year, it was confirmed that the decapitated body found outside Kiev was the missing journalist. Gongadze had made revelations about political corruption and there was a tape recording with Kuchma’s voice discussing a journalist’s removal. Kuchma denied all involvement, but the otherwise divided political opposition agreed in a campaign to remove the president. Kuchma tried to satisfy the opposition by dismissing, among other things, the head of the security service and later also the interior minister. But the protests continued.

In the midst of the tense situation, Russian President Vladimir Putin came to visit for talks on Ukraine’s growing debt for Russian energy supplies. The Western isolation of Kuchma’s undemocratic regime has made Ukraine increasingly dependent on Russia. 2000 was the first year of economic growth since independence in 1991. then outstanding salaries and pensions could be paid. Prime Minister Viktor Yushchenko was seen in the West as the man behind the economic turnaround. But in April 2001, Yushchenko was forced to resign after the government lost a vote of no confidence in the Communist-dominated parliament. The criticism concerned Yushchenko’s economic reforms and austerity. Yushchenko was supported in street protests and he decided to gather a coalition of parties under the name “Our Ukraine” ahead of the 2002 parliamentary elections.

Several attacks on journalists in the spring and summer led Reporters Without Borders to designate Ukraine as the European country with the most violence against journalists. A TV chief died after the abuse and became the eleventh journalist killed in Ukraine in five years.

The defense minister was dismissed in October when it became clear that a Ukrainian anti-aircraft missile accidentally hit a Russian passenger plane over the Black Sea. The 78 people who lost their lives in the explosion were on their way from Israel to Russia.

The Communist Party won a big success at the end of the year, when the Constitutional Court of Ukraine declared that Parliament’s ten-year ban on the party violated the country’s constitution. Despite the parliamentary decision, the Communists continued to operate in independent Ukraine and constitute the largest group in parliament. But the party, which is in opposition to President Kuchma, has constantly struggled to gain legal recognition. However, the Court rejected the Communists’ claim to recover property belonging to the party during the Soviet era.

In April 2001, Parliament ousted Prime Minister Yushchenko. He was the main guarantor of the implementation of the reform the West demanded, and his deposition triggered a political crisis. The crisis made the divide between at least three political sectors clear: pro-Russian forces that wanted to move Ukraine closer to Russia politically; pro-Western forces that wanted to continue the path of reform and anchor the country in the EU and NATO; and finally, the mafia whose desire is to maintain the country in the instability of which they themselves are relieving. In the same month, Ukraine signed a comprehensive technological and military cooperation agreement with Russia.

14% of Ukraine’s population is on disability pension. These are veterans of the Soviet Union’s war against Afghanistan, victims of the Chernobyl disaster and victims of the frequent mining accidents in the Donbass region. According to statistics from the ILO, the death rate from Donbass in 2002 was 5 miners for every million tons of mined coal, which is the highest rate in Europe. The 12,000 war invalids from the war in Afghanistan and $ 3.3 million. Victims of the Chernobyl disaster in 2001 put pressure on the government to get it to launch rehabilitation programs for the country’s disabled and victims.

Up until the March 2002 parliamentary elections, a Social Democratic mayor in a city in the western part of the country was found killed with 9 bullets in the back. The election campaign had been marked by political pressure on the media, scams and mutual accusations between the rulers and the opposition. Our Ukraine Alliance won the election with 23.6% of the vote followed by the Communists with 20%. Government Party For a united Ukraine came in third place with 11.8%. The Liberal opposition accused the authorities of electoral fraud. Our Ukrainian leader, Yushchenko, questioned the outcome of a large number of constituencies, claiming that the alliance had been stolen up to 12% of the vote.

In March 2003, tens of thousands in Kiev demonstrated to demand once again Kuchma’s resignation. In August, Ukraine announced that participating in the US attack on Iraq would send 1,600 soldiers in support of the North American occupation force.

Although it continued to be interested in joining the EU and NATO, in September Ukraine entered into an agreement with Russia, Belarus and Kazakhstan and the creation of a common economic space. It sparked internal criticism in the country and fears it would hinder integration in Europe.

In October, a Russian dig project triggered a Ukraine-Russia border dispute. Russia wants to build a ditch on the Kerch Strait that links the Azov Sea and the Black Sea on the border between the two countries.

The same month, the President met with Russian President Vladimir Putin in the Crimean Peninsula, where they signed an agreement on the mutual exploitation of the Kerch Strait, thus closing the border conflict between the two countries. 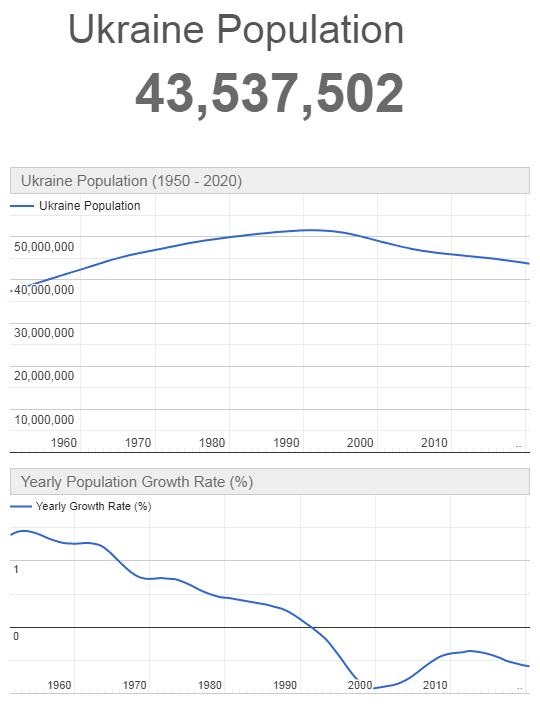