Taiwan. Taiwan’s stubborn relationship with China, as before, had its mark on the country’s international relations. Politically, the two arch enemies were on a collision course, but economically one was approaching.

The year began with Taiwanese pilgrims and civil servants making the first official and direct boat trip to China since the civil war of 1949. This happened since Taiwan partially lifted the ban on direct travel to China at the turn of the year following pressures from business. Chinese tourists were allowed to visit Taiwan during the year, but with several restrictions. Some shipping was established. The tendency for thawing weather between the countries was based on the fact that both wanted to meet the WTO’s requirements to become members. And on November 11, Taiwan became a WTO member since China the day before it was accepted by the organization. WTO entry was expected to accelerate economic integration between the two. Shortly thereafter, Taiwan lifted the 50-year-old ban on direct investment in and direct trade with China. But others, sharper noises were also heard. The United States promised for the first time to directly assist Taiwan in the event of a Chinese invasion. And in May, President Chen Shuibian visited the United States, which provoked anger in China. Great irritation within the Chinese leadership also aroused Tibet’s spiritual leader Dalai Lama’s visit to Taiwan in the spring.

A historic shift in power was the result of the December 1 parliamentary elections. For the first time, the nationalist party Guomindang (GMD) lost the majority. Big success was reaped by the Democratic Progressive Party (DPP) which unlike GMD wants to declare Taiwan independently. However, DPP did not win its own majority, but won 87 of the 225 seats. KMT received 68 seats, compared with 115 before the election. The electoral movement was dominated by relations with China, the economic downturn and accusations of voting. China warned the DPP of proclaiming independence and the exit was believed to make it more difficult to approach China. In the fall, President Lee Denghui was excluded from GMD, which he previously led for twelve years. The reason was that he worked for a breakaway faction during the election movement and accused the GMD of being too compliant with Beijing.

Taiwan boycotted the APEC meeting in Shanghai in October after China refused to accept the Taiwanese delegate for being “too political”. Earlier, China had rejected President Chen Shuibian’s participation.

The economy was strongly affected by the international decline in demand for electronics, computers and information technology. Exports fell sharply. Unemployment rose to the highest level ever recorded: 4.5%. In November, Taiwan was officially in a recession. The great dependence on the US market was clearly felt by the downturn after September 11.

Several typhoons swept across Taiwan, causing great damage and killing many lives. At least 200 people were killed in floods and landslides in connection with the typhoon Toraji in July, and in September Nari claimed at least 94 lives. 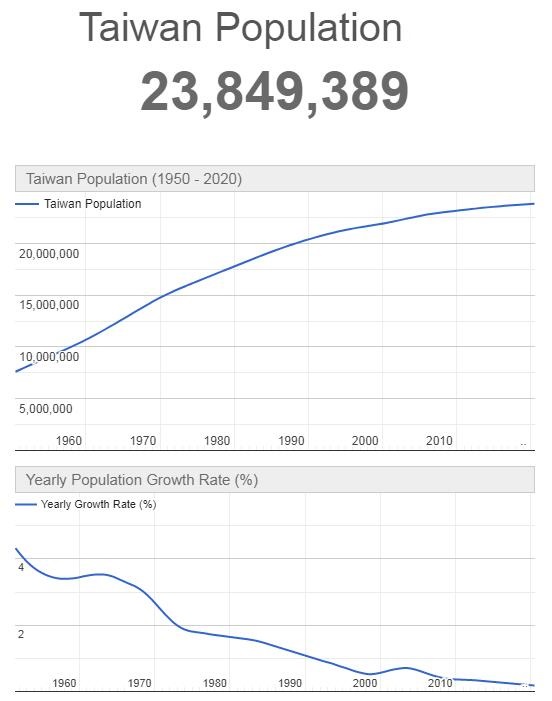