Slovenia. After several weeks of negotiations, Prime Minister Janez Drnovšek and his Croatian colleague Ivica Racan reached an agreement that resolved most of the disputes that remained since both republics broke out of former Yugoslavia in 1991 that the countries jointly manage the nuclear power plant in Krsko, which was built during the communist era and partly financed with Croatian money. Four disputed villages remained in Croatian control. To enter into force, the settlement must be approved by the parliaments of both countries.

On 7 July 1991, with mediation from the European Union, a ceasefire agreement was concluded following negotiations between the federal authorities and Slovenian representatives; the agreement was signed on the island of Brioni. The agreement recognized the sovereignty of the Yugoslav population groups, but suspended the entry into force of Slovenian independence for a period of three months. At the same time, the Federal President’s control over the Federal Army and a Slovenian police control over the border region were recognized.

Following the Brioni agreement, the customs authority at Slovenia’s borders was handed over to the Slovenian police, while possibly the repayment of customs duties was to be decided by an internal account between the individual former republics of Yugoslavia. The Federal Army remained at the “green border”, where there were no border posts until the work of transferring competence to the Slovenes had been completed; 3 months were allocated for this.

To support the ceasefire, the agreement provided for unconditional withdrawal of federal army units from the prisons and a demobilization of Slovenian troops in the national defense; In addition, the army was withdrawn from the roads and a release was made of all prisoners on both sides.

From December 1991 to January 1992, EU member states recognized Slovenia and Croatia as independent nations, yet civil war broke out in the latter. The EU threatened to impose financial sanctions on Belgrade unless hostilities were stopped. Thanks to the homogeneity of the population, the development in Slovenia became the least bloody among the former republics in Yugoslavia.

Recognition of Slovenia was also the most obvious as it controlled its own borders, controlled its own army and issued its own currency. After the withdrawal of the Yugoslav Federal Army, under the leadership of Milan Kucan, the government again attempted an economic recovery, virtually without the assistance of the former Yugoslav government. 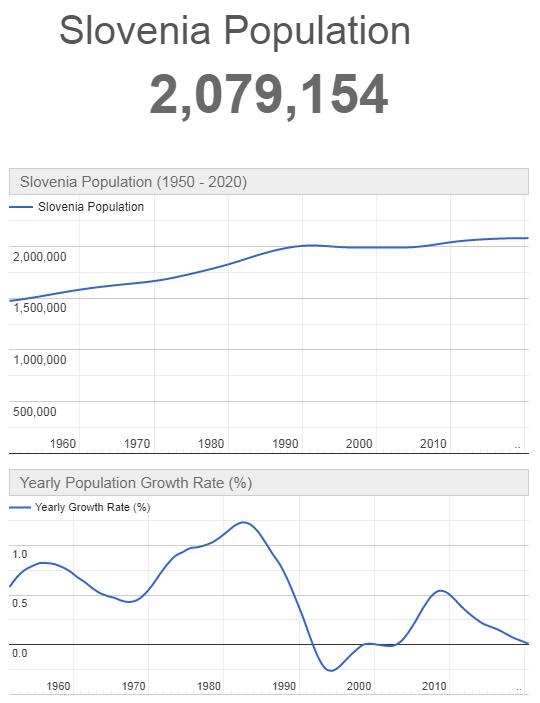 Literature. – The picture of Slovenian literature of the years 2005-2014 is lively and composite. In an era of constantly increasing globalizing pressure, this nation fits into the European and Slavic (mittel) context with its own undeniable specificity. With the collapse of walls and ideologies and the commodification of art, writing looks for new languages ​​here.