Ireland. Two tribunals appointed in 1997 to investigate corruption and tax evasion among leading politicians continued their work. In January, Independent MP Liam Lawlor, a former member of the Fianna Fáil government, was sentenced to three months in prison and fined for refusing to cooperate with the Flood Tribunal. In May, former Prime Minister Charles Haughey was heard behind closed doors about the corruption charges against him.

The Irish government was reprimanded in February by the EU for its budget, which, according to the Union, risked further overheating in an already overheated economy.

Almost a majority of Irish people voted against the Nice Treaty, the EU’s new basic treaty of 2000, in a referendum in June. The turnout was 35%. The result was unexpected as all major parties advocated a yes and the Irish were among the Union’s warmest advocates. There were several reasons why the no-side won, including the fear that small countries would lose influence in an EU enlargement and concern that Ireland would be forced to give up its neutrality in developing a common defense. A new referendum could possibly be held the following year at the same time as the parliamentary elections. Probably another referendum on the tightening of abortion laws would be held at the same time. According to the government’s proposal, the risk of suicide could not be a legal basis for an abortion.

During the autumn, a significant slowdown occurred in the Irish economy after ten years of high growth. It was largely due to a general decline in the outside world, but I. was hit extra hard due to the crisis in the communications technology industry and reduced tourism due to foot-and-mouth disease.

In December, a UN court rejected the Irish government’s attempt to halt the expansion of the British nuclear power plant Sellafield on the Irish Sea due to concerns about the safety and risk of hazardous emissions.

Later that month, eight refugees, including three children, were found dead in a Wexford container. They had probably suffocated or frozen to death. Five survivors were also found. The refugees probably came from Turkey.

In July, authorities deported a man to Jordan. He was accused of facilitating travel for foreigners who wanted to join IS. Despite the risk of being imprisoned and tortured by the Jordanian authorities, his appeals to the Irish courts and the European Court of Human Rights prevented deportation.

The government set up a “people council” consisting of 99 randomly selected citizens. They should propose constitutional amendments, including abortion, elder care, climate change, and held the first meetings in October, November and then monthly meetings through 2017.

Prime Minister Kenny announced in May 2017 that he was retiring from office and post as party leader. Both records were taken over by Leo Varadkar in June. He became the country’s first gay prime minister and at the same time the youngest. Upon his accession, he declared that a referendum on abortion in Ireland should be conducted in 2018 and that he would at the same time draw up a roadmap for transitioning to an Irish economy based on very limited CO 2 emissions. 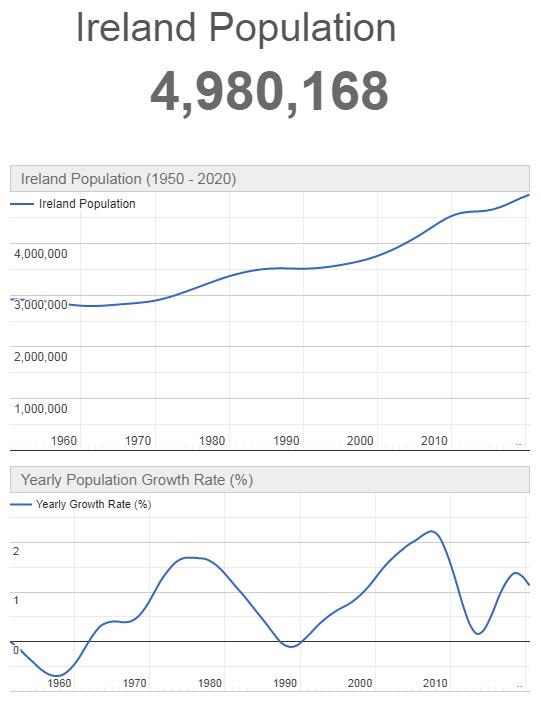