France. It stormed during the year around President Jacques Chirac, who was accused of corruption during his tenure as mayor of Paris 1977-95. In March, he was ordered to testify in an ongoing investigation into illegal contributions to his Gaullist party RPR, and during the summer came new disclosures about cash payments on millions for holiday trips with the family. See a2zcamerablog.com for France travel guide.

But Chirac refused to be heard on the basis of immunity for the head of state and in October got the right in the highest court. However, the Court made clear that the immunity only applies as long as he is president.

The main rival to the 2002 presidential election, Prime Minister Lionel Jospin, presented himself as an honorable candidate in comparison to Chirac. But at the end of the year, Jospin was also called in to testify in a corruption investigation. Furthermore, in June, after media disclosures, he had to admit that he had been a Trotskyist in the 1960s, despite having previously denied such rumors.

Before the municipal elections held in March, the socialists had predicted successes. They also won surprisingly in the capital, which has had bourgeois rule since the Paris municipality in 1871, and in the third largest city of Lyon. In total, the Left went back and received only 45% of the votes, against 47% for the bourgeois parties.

In March, France became the first country on the continent where the dreaded foot-and-mouth disease was discovered in cows and sheep, following the major outbreak in Britain. The EU imposed an export ban on cloven animals and meat products, but there was no major epidemic and in April the bans were lifted. The number of cases of BSE, or mad cow disease, on the other hand, continued to increase.

In September, 29 people were killed and close to 3,000 injured when a violent explosion occurred in a factory in Toulouse.

French voters castigated the EU constitutional treaty in a referendum on May 29, 2005. 55 percent voted no to approve the treaty, which would, among other things, reform governing bodies and decision-making and make them better aligned to a union with expanded membership. The poll results sent shock waves through both EU and French politics – and were also interpreted as a protest against developments in both places. It was clarified that the protest did not concern EU membership as such, but a moment in the debate was that the people of this driving force in the European cooperation had never been properly consulted along the way. Prime Minister Jean-Pierre Raffarin resigned and was replaced by Interior Minister Dominique de Villepin. There were also shivers in the Socialist Party, where a group led by former Prime Minister Laurent Fabius was excluded for his no-side involvement.

An unemployment rate of around 10 percent, reduced purchasing power, labor immigration from new EU countries in the east and globalization generally formed some of the backdrop for the electoral protest. France also had several widespread strike waves – triggered, among other things, by reforms that cut tens of thousands of public positions and repealed the 35-hour normal work week, softened the termination protection and tightened pension schemes that for some groups had been reduced to 50 years.

Far more serious riots broke out in several turns from autumn 2005 onwards. Episodes in which youths lost their lives during police chase triggered conditions that were compared to the intifada in the Middle East, with violence, vandalism and arson attacks on random buildings and thousands of cars. It began in some of Paris’s economically disadvantaged suburbs, but spread rapidly across much of the country. The explanation for the phenomenon was sought in conditions in the relevant urban villages, where up to four out of ten youths are unemployed – in a local environment characterized by weathering and by falling outside French society.

Following meetings of the President’s National Security Council – and in consultation with Muslim leaders – the government adopted a new plan of action for integration. A dispute over the introduction of a first-time contract for youth, the so-called CPE scheme, led to de Villepin’s resignation as prime minister – and thus as a candidate in the presidential election, by the way, as retiring president Jacques Chirac’s favorite.

The elections to the European Parliament that year also proved to be a protest against the national authorities. A criminal case against Alain Juppé, leader of the gaullist right-wing Les Républicains (formerly the Union pour un Mouvement Populaire, UMP), brought Finance Minister Nicolas Sarkozy to the top of the party and in position ahead of the 2007 presidential election.

Nicolas Sarkozy won the presidential election by 53 against 46 percent over Parti Socialiste’s Ségolène Royal in the second round. Center candidate Francois Bayrou achieved 18.6 percent in the first round, thus confirming that French politics has gained a large middle party. The decline continued for the National Front and Jean-Marie Le Pen, with the weakest election results since 1974. The subsequent parliamentary elections gave Les Républicans a clear decline, but the party saved its pure majority with 314 of the 577 seats in the new National Assembly.

François Fillon was reappointed prime minister, while socialist Bernard Kouchner was brought in as foreign minister in a government with around 50 percent female share and several of the prime ministers being of African origin. Among the government’s first major measures was a law that tightened immigration and integration policy, including by introducing DNA testing at family reunification and demands for knowledge of “the republic’s values ​​and history”, as well as the repatriation of far more paperless immigrants. 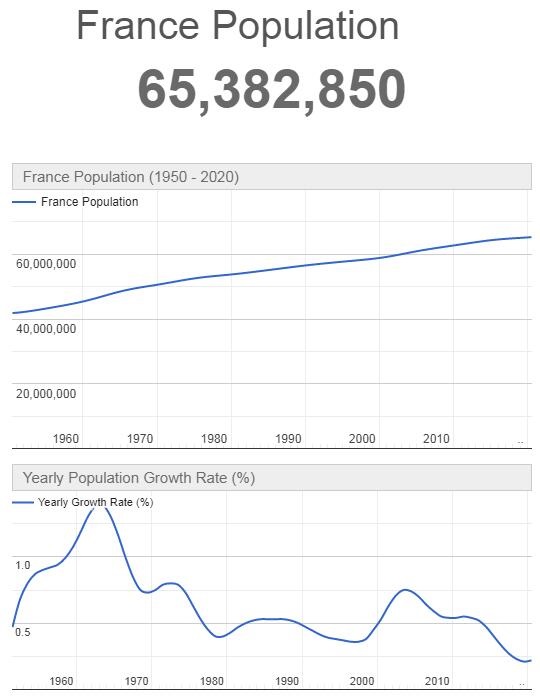