Finland. The revelations about the doping of the Finnish ski stars during the Lahti World Cup in February shook the nation. The scandal also led to very negative publicity for Finland internationally and affected the sporting relations with the outside world.

Relations with neighboring countries were also temporarily strained for other reasons. The debate over the construction of a possible fifth nuclear power plant in Finland led to tough exchanges of views between Prime Minister Paavo Lipponen and the Norwegian environmental organization Bellona. The war of words began when Lipponen made an official visit to Norway in March.

Although no cases of foot-and-mouth disease were detected in Finland, both Sweden and Norway closed their import limits for Finnish meat during the spring. Agriculture Minister Kalevi Hemilä did not rule out trade wars against Swedish and Norwegian goods if the import ban on meat was upheld. However, the prohibitions were lifted gradually.

In March, Finland’s ÖB Gustav Hägglund was elected the first chairman of the EU military committee, which will form a force for EU crisis management.

The Finnish Parliament voted in September for a much-debated bill on registered partnerships for homosexuals, which came into force at the New Year. Denmark got a similar law in 1989, Norway in 1993 and Sweden in 1994.

Finland’s largest asset manager Sampo tried during the year in vain to acquire the Norwegian insurance group Storebrand. The deal was blocked by Storebrand’s co-owner Den norske Bank, which in turn is largely state-owned. The Norwegian government wanted to keep the company under Norwegian ownership. The conflict was described as a “international fight”, as the Finnish state is a partner in Sampo.

Employment in Finland was positive at the beginning of the year, but business cycles were noticeably worsening and pessimism among small and medium-sized companies was not said to have been so severe since the crisis year of 1991. The major groups were also affected. Leading telecom company Sonera went on the stock market.

The Finnish export flagship Nokia, which has drawn the Helsinki Stock Exchange throughout the 1990s, has long resisted the international downturn in the mobile and telecom industries. However, in June came a profit warning and a negative forecast for Nokia’s sales of mobile phones. The Group, which has over 60,000 employees in the world, gave notice of layoffs in several countries during the year.

The Finnish doctors went on strike for higher salaries between March and August. The strike was distributed in different locations during different periods, but in Helsinki two of five operations were canceled during the conflict. The doctors initially demanded a 20% pay rise but accepted a mediation proposal of just over half before the strike was canceled.

In December, it was clear that Finland was affected by its first case of mad cow disease. On New Year’s Eve, Finland, together with Greece, became first among the EU countries to introduce the euro as the official currency.

In early 1998, Lipponen strengthened its contacts with other Western heads of government to secure greater financial assistance for development in Russia. In 1998, the international analysis organization Transparency International appointed Finland as one of the world’s 5 least corrupt countries.

At the January 1999 presidential election, then-Foreign Minister of Social Affairs, Tarja Halonen, won. In the second round of elections she won with 51.6% over Esho Aho from the Center Party, who got 48.4%, thus becoming the first woman in the presidential post. However, the record is predominantly representative; it has no influence on the formation of government or any decisive influence on foreign policy, since the recent constitutional change places emphasis on the government and parliament.

Russia’s President Vladimir Putin first visited Finland in January 2001. His meetings with President Tarja Halonen and Prime Minister Paavo Lipponen were mainly about Russia’s relationship with the EU and the integration of new members into NATO, which Russia opposed. During the visit, Putin became the first Russian leader to visit Field Marshal Carl Gustav Mannerheim’s grave. He led the Finnish troops against the Red Army during World War II.

Despite the ongoing debate about the appropriateness of the use of nuclear energy, in 2002 the government decided to build a 5th nuclear reactor to meet the country’s rising energy needs. Finland is the only country in Europe that does not investigate the use of alternative energy sources, nor does it work to reduce CO2 emissions from the timber industry, despite the fact that the country has actually signed the Kyoto Protocol.

In March 2003, Center Party leader Anneli Jaatteenmaki was elected prime minister with a margin of just 6,600 votes. The election result forced her to form a coalition government with the Social Democracy and the Swedish People’s Party. Two months after her insertion, she had to withdraw from the post when it emerged that she had quoted from secret documents ifbm. US attack on Iraq. The post was taken over in June by Matti Vanhanen, also from the Center Party. He is a journalist, academic and specialist in EU relations. He expressed his reservations about EU defense policy. He was also against the construction of the 5th Nuclear Reactor, concerned about the continued high unemployment rate (10% in 2003) and the rising racism in the wake of an immigrant influx from Africa and Southeastern Europe.

In March 2004, former Prime Minister Anneli Jaatteenmaki was accused of illegally gaining access to documents on the Iraq war while she was leading the opposition. Jaatteenmaki was acquitted in court for lack of evidence. She declared herself relieved, hoping that the acquittal would put an end to a longer period of personal suffering.

After a 7-month conflict and a 6-week strike, employers and workers in the Finnish paper industry signed a new agreement at the end of June 2005. The strike also affected the large Finnish paper companies Stora Enso and PM-Kymmene, and began to threaten paper deliveries to Europe.

Tarja Halonen was re-elected as President in January 2006. During her election campaign, she presented herself as “the President of the entire people” and promised to continue her work for the preservation of equality and the welfare society. 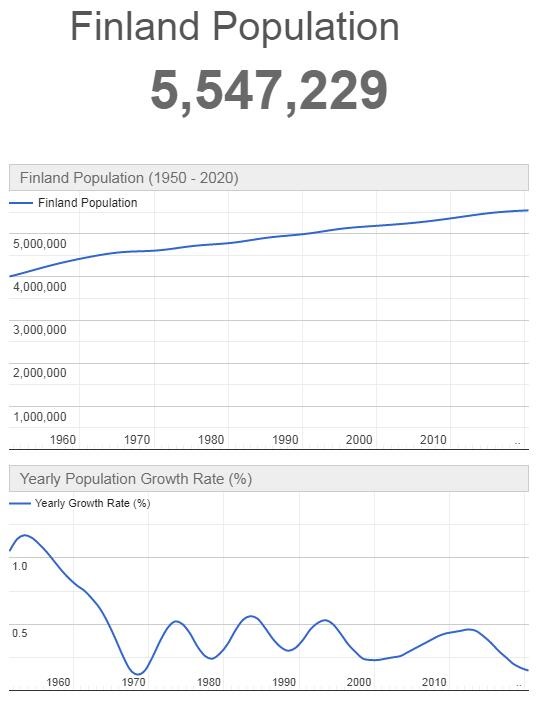