Pakistan. Local elections were held in rounds throughout the country. The political parties were not allowed to participate, but the candidates formally represented themselves only. Demonstrations for the demand for a return to democracy were interrupted by mass arrests.

In February, the Supreme Court annulled the five-year sentence for corruption convicted in 1999 against former Prime Minister Benazir Bhutto. HD found that the judges were subjected to political pressure by the then government and ordered a new trial. However, the military junta’s general, General Pervez Musharraf, immediately ordered further investigation, and in June the fugitive Bhutto was sentenced by a special court to three years in prison for “keeping away from justice”.

In June, General Musharraf formally dissolved Parliament and the provincial assemblies, whose activities have been down since the military coup in 1999. At the same time, he dismissed President Rafiq Tarar and appointed himself president. Later, he promised that parliamentary elections will be held in October 2002. At the same time he did not say a word about whether the parties would be allowed to stand, and partly hinted that the constitution would be changed before the doubts grew that the election would lead to the restoration of democracy. The constitutional changes are expected to significantly strengthen the president’s power.

By virtue of his new position as head of state, Musharraf traveled to Agra in India in July, where he spent three days with Prime Minister Atal Behiri Vajpayee. The Kashmir issue dominated the meeting, which did not result in anything. It was considered as a success that the tone of the conversation was good and that the parties decided to maintain a high level of dialogue.

The terrorist attacks in the United States in September put Pakistan in a difficult dilemma. US demands for support in the fight against the Afghan Taliban regime and the al-Qaeda terrorist network forced Musharraf into a difficult balance sheet. Pakistan was the closest ally of the Taliban, and there were strong pro-Taliban movements both within the army and among the population. However, because of the fear of international isolation with the subsequent economic collapse, Pakistan was forced to stand on the US side and, among other things, lend air bases. Leaders of Islamist extremist movements were arrested and Musharraf removed Taliban-friendly generals from the military. However, the protests against Pakistan’s pathway were never given the scale that was feared. The worst consequence of the excited mood was a massacre of at least 18 Christians in a church in eastern Pakistan.

The collapse of the Taliban regime in late autumn met with considerable silence. As a thank you for its support behind the US, Pakistan was granted close to two billion dollars in credit from international lenders. The United States abolished the sanctions imposed after Pakistan’s nuclear test explosions in 1998 and granted deferred payment on old loans.

Musharraf’s leadership was put to the test in December, when India demanded resolute action against those responsible for a terrorist attack on the New Delhi Parliament. The leaders of the Kashmiri separatist groups Jaish-e-Mohammad and Lashkar-e-Taiba were arrested, despite these and other Kashmiri “liberation movements” having long enjoyed strong support in Pakistan and allowed to operate from Pakistani soil. Despite the arrests, the year ended with a strong war threat between the two South Asian nuclear powers.

In Pakistan there is a predominantly arid subtropical continental climate with considerable local and seasonal differences.

In the lowlands, the mean temperatures in the coldest month of January fluctuate between 12 degrees Celsius in the north and 17 ° C in the south, only on the coast is the monthly mean around 20 ° C in winter. In the summer months from May to September, with the exception of the higher elevations, it gets unbearably hot all over the country. The average temperatures are then usually above 30 ° C. In isolated cases, maximum values ​​of up to 50 ° C can occur. The distribution of precipitation is also extremely uneven. Generally, they decrease from north to south. Only the foothills of the Himalayas in the far north of the Punjab receive abundant rainfall, where more than 1000 mm are measured in some cases per year. Lahore only gets around 500 mm, southern Punjab and Sindh less than 200 mm.Extreme drought also prevails in Balochistan. In the western highlands the annual rainfall amounts to less than 100 mm. In winter there are often night frosts, the average temperatures in January are only around 10 ° C. In summer, however, similarly high values ​​are achieved as in the Indus plain. Only in the higher altitudes is it correspondingly cooler, in the peripheral mountains between the plateau of Balochistan and the industrial lowlands it is also a bit wetter with 200 to 300 mm of rain per year. Balochistan receives most of its scanty rainfall in winter. The summer monsoon brings only minimal rain to East Balochistan and no rain at all to the west of the region.

The high valleys in the far north of Pakistan are climatically very different from other parts of the country. Sub-zero temperatures are not uncommon in winter, even during the day. Although summers are warm, the extreme heat of lowland climates is absent. The annual rainfall is highest in the Himalayas, sometimes over 1500 mm, and decreases to the north and west.

A Sindh court has ordered the release of Ahmed Omar Saeed Sheikh, who was sentenced to death for the murder of American journalist Daniel Pearl in Karachi in 2002. The jihadist Sheikh is in prison awaiting hanging. A team of investigative journalists has questioned whether Sheikh is the real killer. The Khan government has appealed the release to the Supreme Court.

Pakistan secures $ 1.7 billion in debt relief deal after months of negotiations with 19 bilateral creditors, including the Paris Club. The agreement means that the heavily indebted country’s installments are postponed. The corona pandemic has put Pakistan in an acute economic crisis with a lack of cash to pay its debts.

A new law enters into force that allows the establishment of a national register of sex offenders and the establishment of special courts to speed up judicial review of rape cases and other sexual offenses against women and children. Preliminary investigations must also be improved, including the abolition of certain degrading medical examinations of rape victims. In some cases, convicted sex offenders can be punished with so-called chemical castration. The law began to be drafted after a woman was subjected to aggravated gang rape on a motorway while her children were present (see September 2020). According to Pakistani authorities, eleven rapes are reported every day in Pakistan, but the number of blacks is considered to be significantly higher. 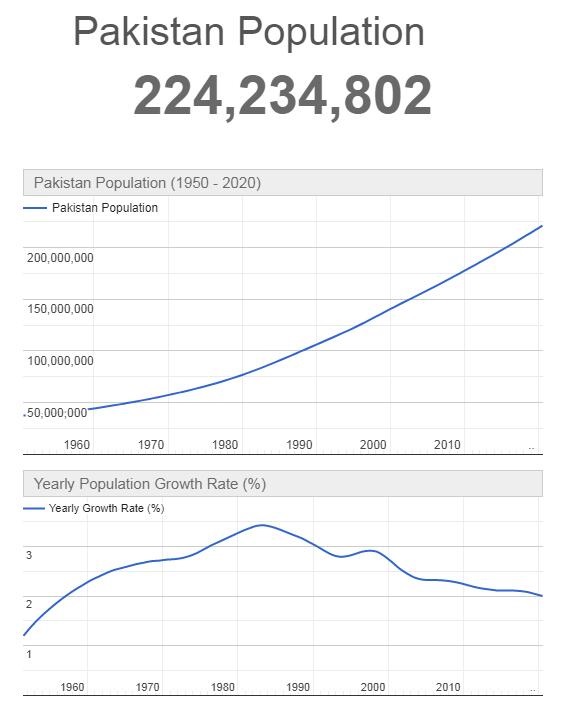