The economy of Kosovo has shown significant growth and stable framework data since the end of the war, but these must always be measured in relation to the very low starting level. For example, the gross domestic product in relation to the other states of the former Yugoslavia was still only 39.7%. GDP growth in Kosovo averaged 4.0% between 2005 and 2015; most recently according to data from the World Bank in 2017 and 2018 at 4.2 and 3.8%, respectively, and 4.0% in 2019. The economic growth after 1999 is mainly due to international aid, the development of the public sector as well as to monetary payments from Kosovars living abroad, which was estimated at 800 million euros in 2018. Because the integration of the Kosovar economy into the global economy is low, the country was relatively little affected by the effects of the global economic crisis. The price development in Kosovo is very moderate. In 2008 the inflation rate reached 9.4%, its highest level after the Kosovo conflict. A brief deflationary phase was observed in 2009 with an inflation rate of -2.4%. In 2015 the inflation rate was -0.5%, in 2017 it was 1.1% and in 2018 it was 2.7%. The national debt is very low at around 17.0% of GDP (2018). In 2018, foreign direct investment reached a level of € 567 million in the Doing Business Index compiled by the World Bank for 185 countries In 2020 Kosovo ranks 57th, in 2019 it was 44th, and in 2018 it was 40th. According to this index, Kosovo is certified as having a positive dynamic for the development of companies.

The economic structure of Kosovo is characterized by the existence of micro-enterprises, which make up about 98% of all companies in Kosovo. In 2017, 78.8% of all employees worked in SMEs (small and medium-sized enterprises). In 2018 there were around 10,000 micro-enterprises with fewer than 10 employees, 112 small enterprises (10-49 employees), 10 medium-sized enterprises (50-249 employees) and only 58 large enterprises (> 250 employees) to be identified in Kosovo. The sectors in which SMEs are active: trade (50%), transport (14%), food and luxury goods (9%), hotels and restaurants (9%). Generally speaking, Kosovar SMEs are hardly competitive internationally. The main barriers to the development of SMEs are a lack of innovation, discrimination against small businesses in tenders, limited access to finance and general economic problems. The SME (for SMEs)Policy Index sees the development with regard to the promotion of SMEs in Kosovo – despite clear progress – as below average compared to other countries in the region. 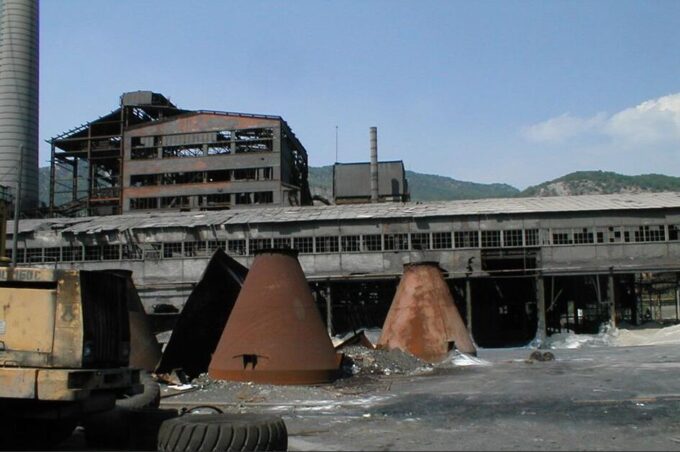 Important large companies in Kosovo include:

In a self-description of Kosovo as a business location, the Ministry of Trade and Industry lists the key strengths and development potentials of the Kosovar economy, which are based on the structural advantages of Kosovo as well as reforms carried out since the end of the war:

The current Kosovar economic model, which is based on private consumption financed to a significant extent by the transfer payments of Kosovars abroad from the large diaspora, on publicly financed infrastructure projects, on a private sector based on low productivity and limited foreign trade and international support, is very limited growth-oriented and not sustainable in the long term.