Lbrahim Ghusha, spokesman for the Islamist group Hamas (Islamic Resistance Movement), returned June 30 to J. from Qatar, where he was forced to go into exile in 1999.

On December 3, a military court sentenced Palestinian guerrilla leader Abu Nidal and four others to death for involvement in the murder of a Jordanian diplomat in Beirut in 1994. Four of the five, including Abu Nidal, were sentenced in their absence.

Following the September 11 terrorist attacks in the United States, the government gave the United States its support in the fight against terrorist suspect Usama bin Ladin. At the end of December, Jordanian soldiers became the first from an Arab country to join the US-led coalition in Afghanistan.

52 pilgrims on the way from Mecca were killed in a bus accident in southern J. December 14. Most of them were Egyptians.

At the June 2003 parliamentary elections, which was the first election following the takeover of Abdullah II, candidates supporting the king received 2/3 of the seats in parliament.

In August 2003, 11 and 50 were injured when Jordan’s embassy in Baghdad was bombed. The explosion destroyed the entire front of the house. Jordan was heavily accused by many Iraqis and neighboring countries for supporting the US war on Iraq and for allowing foreign soldiers to use bases in Jordan.

In September, Jordan’s central bank reversed its decision to freeze accounts in Jordan of leading members of Hamas.

In February 2004, King Abdullah II and Syrian President Bashar al-Assad inaugurated the Wahdah hydroelectric plant on the Yarmuk River, which runs from northern Syria through the Jordan River to southern Jordan. The dam is expected to be completed by the end of 2005 and will provide Jordan with water and Syria with electricity. Acc. Jordan’s Minister of Water Hazem Nasser will not solve Jordan’s total water deficit, but will reduce it by 90%.

In March, Jordan and Israel signed an agreement to build a science center in a desert area between the two countries. The project had originally been formulated by Jordanian and North American academics, businessmen and the Israeli government.

In April, a Jordanian court sentenced 8 militant Islamists to death for the October 2002 assassination of Laurence Foley of the North American aid organization AID. Foley was gunned down on a street in Amman. One of those convicted – in absentia – was Abu Musab al-Zarqawi, who was referred to as the intellectual backer of the murder.

King Abdullah’s dissatisfaction with Prime Minister Faisal al-Fayez and his government led in April 2005 to resign and was replaced by Adnan Badran. The Jordanian king has extensive political powers to oust and deploy governments, pass laws and dissolve parliament. He was particularly dissatisfied with the Jordanian delegation’s efforts at the Arab summit the month before. The delegation failed to convince the other Arab countries to conclude peace treaties with Israel, without this country having declared the occupation of land conquered in the 1967 war. The king was also unhappy with the diplomatic handling of a dispute with the new Iraqi government following a bomb attack in Hilla as well as the resignation of Planning Minister Bassem Awadallah. Sources within the new Badran government confirmed, 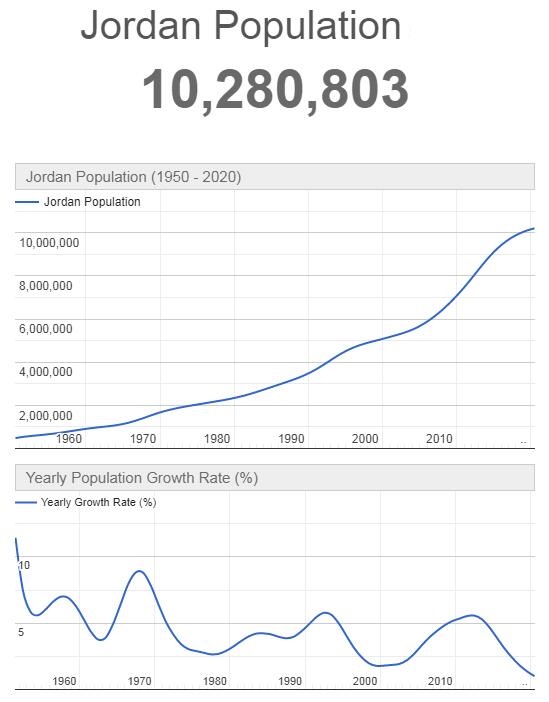