Kazakhstan. From 2001 it became possible for private individuals in Kazakhstan. to buy land. Previously, all land in the country was state-owned. The new law, which was passed by Parliament in late 2000, was preceded by political strife.

In March, Kazakhstan’s first major oil pipeline was inaugurated, and it runs from the Caspian Sea via Russia to the Black Sea coast. The management, which goes from the Tengiz field in the oil-rich western Kazakhstan, marks the country’s breakthrough as an oil exporter on the world market.

During the year, Kazakhstan’s space research institute presented plans to use satellite technology to predict and thus be able to fight grasshopper attacks. Every year, the wheat cultivars of the steppes are haunted by huge swarms that consume the crop. The plague has worsened in recent years, among other things. because many peasants can no longer afford pesticides.

At the Semipalatinsk in northeastern Kazakhstan in August, the ten-year anniversary of the closure of the Soviet nuclear weapons test facility was celebrated. President Nursultan Nazarbayev then appealed to the outside world for a billion dollars in financial aid to deal with the environmental and health consequences of the nuclear weapons tests. The UN estimates that about 100,000 people from three generations were suffering from radioactive radiation from the semipalatine samples. Still born in the area children with malformations. A 30-meter high monument was inaugurated, shaped like a silhouette of a mushroom cloud after a nuclear explosion. Next to the monument stands, among other things. a white marble sculpture of a woman trying to protect her child with her own body.

Following the September 9 terrorist attacks in New York, the United States was offered to use Kazakhstan’s airspace, as well as the country’s airports and military bases in the military offensive against Afghanistan.

In November, President Nazarbayev and Uzbekistan’s President Islam Karimov signed a border agreement that ended a protracted conflict over the 120-mile border between the two countries. Only a few minor adjustments remain. Kazakhstan and Uzbekistan saw the urgency of resolving the border conflict and strengthening cooperation in the light of the precarious situation in the region.

At the end of the year, President Nazarbayev felt threatened by a newly formed political reform movement, Kazakhstan’s democratic alternative, which advocated political and economic reforms and an independent judiciary. The president dismissed several ministers and high-ranking officials who supported the movement and showed signs of opposition to Nazarbayev’s monarchical rule. The president claimed, without providing any evidence, that two murder plans against him were revealed during the fall. Political analysts believed that increasingly bright economic prospects contributed to growing demands for participation in political decisions.

According to an economic analysis published in November, a strong upturn was expected for the oil and gas industry, which already contributed about 40% of the state’s tax revenue. 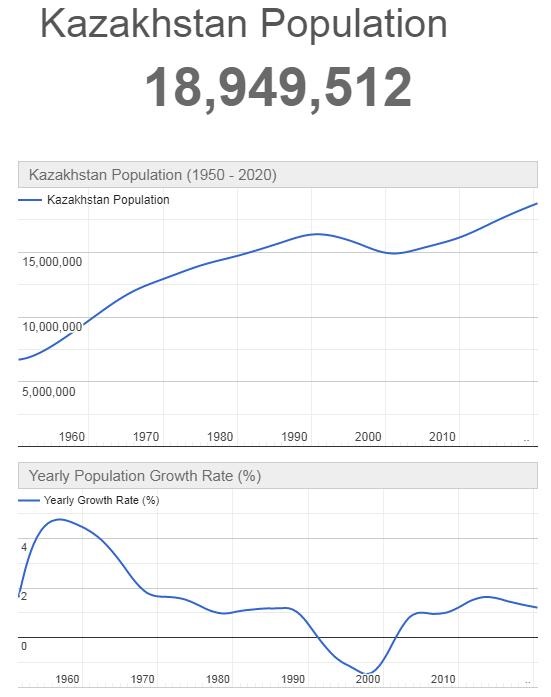