Iceland. In the spring, the Icelandic fishermen went on strike for higher salaries. The conflict stopped almost everything fishing as well as the fishing industry. After just over six weeks, the government ended the strike through a forced strike.

In April, the Minister of Fisheries presented an investigation that showed that Icelandic fishermen in recent years dumped catch for billions in Swedish kronor counted. Every year, hundreds of thousands of tons of fish, especially cod, have been thrown back into the sea. Fish that pay low prices are thrown overboard, because the quotas mean that you cannot sell more than a certain amount.

In June, the marine research institute in Reykjavík found that the cod population around the island was several hundred thousand tonnes less than previously estimated. For several years, the institute has misjudged and overvalued the stock of cod. This meant that the coming year’s cod catch quota had to be reduced considerably.

Iceland was denied membership in the International Whaling Commission, IWC, during the year and was granted observer status only without voting rights. Iceland left the IWC in 1992 in protest of the ban on commercial whaling. Now, Iceland applied for membership again without accepting the whaling ban clause.

In August, the Icelandic Planning Agency rejected the environmental impact assessment for a huge power plant dam, which the state power company plans on eastern Iceland. The dam, which would destroy large natural areas, is a prerequisite for Norsk Hydro’s plans to build Europe’s largest aluminum smelter in Reyðarfjörður. The Swedish National Planning Agency’s statement prompted the government to postpone the decision on the power plant dam in the autumn of 2002. A strong environmental movement is fighting to contain Western Europe’s largest unspoilt wilderness area.

Until 1918, the dividing lines of Icelandic politics were in tactical disagreement over the detachment from Denmark. New political divides emerged when in 1916 two political parties were formed with domestic political programs on an ideological basis. One party – the Altýduflokkur (People’s Party) – was a socialist party and addressed the proletariat, which has grown strongly in Reykjavik and other newly established fishing villages over the past decade. The other party – Fremsóknarflokkur (Progress Party) – had on a social-radical basis a program which was not least about the strengthening of the cooperation (use) which had established itself in several districts in competition with the merchants. In addition, it marked itself as a party for agriculture and the settlements where the majority of the population lived. In 1929 the Independence Party (Independence Party) was formed. In 1930, the Communists broke with the Altýduflokkur and founded the Communist Party of Islands (IKP), affiliated to the Comintern. In 1938, the IKP reorganized. They closed down the party, and together with the outlaws of the Altýdu party, they founded the Allied Union Party – the Socialist Party (People’s Unity Party – the Socialist Party). The connection with the Soviet Communist Party was maintained by the new party.

In the post-war period, attempts have been made to change this party pattern, but without lasting results. In 1953, the Tadpole was established. Its main goal was to get the North Americans away; The party also advocated a strong public regulation of the economy. The party had enough significance for the middle parties to declare that they would terminate the base agreement, but eventually the party completely lost its support. In 1956, the Socialist Party became part of an election alliance, which included, among others, LO chairman Hannibal Valdimarsson – who then broke with the Social Democrats (Altýduflokkur). The election alliance worked until 1968. It was then transformed into a party and the Socialist Party was abolished. The new party, the Altýdubanda (People’s Alliance), had no ties to the Soviet Communist Party. Hannibal Valdimarsson joined his later successor in LO,

The strength of the parties among the electorate and in things has been stable. The Independence Party has dominated the others, based on the fishing industry, in private commerce, crafts and industry and not to be forgotten in the capital’s municipal apparatus. The party has played second violin in agricultural organizations, and its members have often held leadership positions in the trade union movement. In the elections, the party has received about 40% of the vote on a national basis, but this varies from 50% in the capital to 20% in the Northeast and East. The Independence Party has had government power for most of the post-war period.

The agricultural population has been the basis of the Progress Party. Many leading members of the party have initially held positions of trust in the local village youth organizations. On a national basis, the party receives approx. 25% of the votes. In the Northeast and Eastern countries it has had a majority, in Reykjavik and the surrounding area the connection has been weaker.

In the post-war period, the socialists/communists had their basis in trade unions, especially in Reykjavik. Many intellectuals and artists support the Socialist Party. In the elections, they received every fifth or sixth vote – most in the larger urban areas.

The Social Democrats had long held the leadership of a number of unions, but they have become weaker there. They also controlled a number of small and large fishing villages, especially in the western part of the country, but have now lost the majority in all of them. They have received support from the sister parties in Scandinavia. 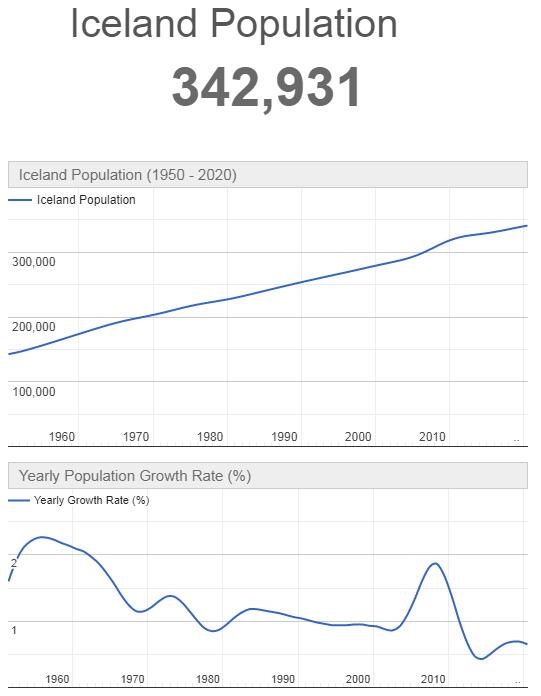