Romania. The Social Democrats’ minority government managed to reach an agreement on social stability at the beginning of the year. The government promised increased wages, increased pensions and efforts to combat unemployment, and the union then agreed to abstain from strikes for one year to give the government work peace for reforms.

Parliament passed a law in January with the right for original owners to regain property nationalized during the communist era. Critics, however, argued that the law did not go far enough. Hundreds of thousands of buildings were exempted, e.g. hospitals and schools, even many that were confiscated from Jews during World War II. But Romania’s Hungarian minority supported the decision, including the Hungarians have the right to claim many church buildings.

After a long and intense public debate, Bukarest’s mayor decided in the spring that all the stray dogs of the city should be killed. There are reportedly about 300,000 of these. The proposal had been heavily criticized by animal rights activists led by French ex-actress Brigitte Bardot.

In June, the Romanian government condemned a new Hungarian law that was considered discriminatory because it granted special rights to ethnic Hungarians in neighboring countries. From 2002 onwards, they would, according to the law, be entitled to, among other things, education, work and free health care in Hungary. Nearly 1.7 million ethnic Hungarians live in Romania. At the end of 2001, Romania reached an agreement with Hungary that the new law should apply equally to all Romanian citizens.

Social peace did not last year. About 10,000 workers demonstrated in Bucharest in November demanding the resignation of the government. Life was better under communism, some of them claimed, and believed that the promises of higher wages and pensions had been broken. They also condemned price increases for basic service. After three years of economic decline, more than a third of the population was estimated to live below the poverty line, ie. a monthly income of approximately SEK 400. Although the economy began to recover and was expected to grow substantially in 2001, the hard-pressed population did not yet notice any standard improvement.

The new government took office in early January 2017. One of the first things it did was try to change the Penal Code’s provisions on abuse of power in public service, so that corruption would only be punishable if the amount was at least 200,000 lei (about 400,000 kroner). At lower amounts, the reactions should be administrative. In order to reduce the number of prisoners in the overcrowded Romanian prisons, a comprehensive amnesty was also proposed. Thus, many corrupt politicians would also be released.

Although later variants of the proposal made exceptions at this point, these actions of the new government created the impression that the fight against corruption was being suppressed or weakened, a struggle that had been waged in recent years by the increasing strength of the Romanian anti-corruption authority led by the State Attorney Laura Codruța Kövesi. In addition, the procedure provoked the use of decrees instead of normal law enforcement.

This situation led to the most extensive street demonstrations in Romania since the fall of the Communist regime in 1989. The largest ones were in Bucharest on Piaţa Victoriei in front of the government building, but there were also demonstrations in many other cities. The demonstrations, which were peaceful, began at the end of January 2017 and peaked in early February. The government gradually failed to implement the disputed proposals through urgent treatment.

Government party with distrust of own government

The relationship between Prime Minister Grindeanu and party leader Dragnea deteriorated beyond spring 2017. An evaluation report in the party led the party leadership in June to demand that Grindeanu resign. When he refused, he was excluded by the party, and most of his ministers applied for leave.

Contradictions between President and Government

The fact that after the December 2016 parliamentary elections changed the political color of government and president has led to several open conflicts, a situation that may recall the contradictions between President Băsescu and the Social Democrats during the previous presidential term. Also in the conflict with President Iohannis, there have been threats that he may be suspended by parliament on charges of non-compliance with the Constitution. The threats are not put to life.

The conflicts have been about several issues, including the approval of new ministers and changes in the justice sector related to the fight against corruption. An example of the latter is that President Iohannis, against his will, had to agree to accept the government’s dismissal in 2018 by the profiled leader of the Romanian Anti-Corruption Authority (Direcția Națională Anticorupție, DNA), Laura Codruța Kövesi. When in February 2019 she was nominated for the position of Head of EUs newly created public prosecutor’s office (EPPO), she was thwarted by her own government, while Romania, just before (January 1, 2019), had for the first time assumed the presidency of the Council of the European Union. As an independent entity, the EPPO will investigate and prosecute crimes against the EU budget. Corruption is one of the key areas. 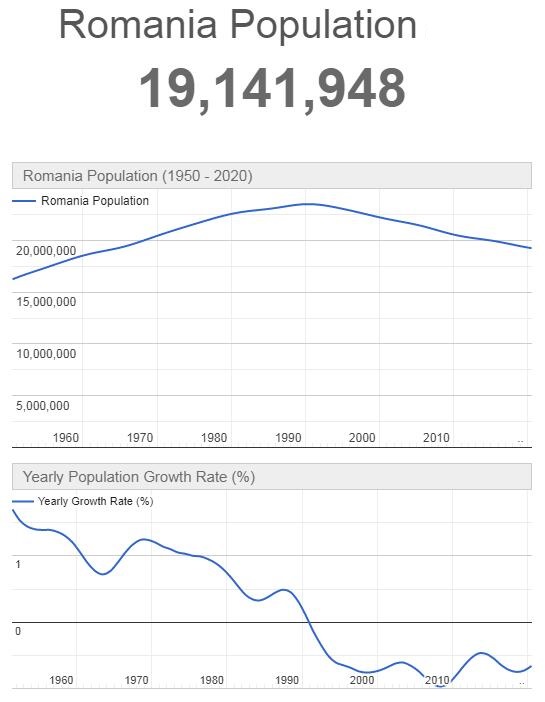