Hungary. In January, the Hungarian government decided to demand compensation from Romania for the equivalent of just over SEK 1 billion for damage sustained the year before, when the Tisza River in Hungary was poisoned by cyanide spill from a Romanian gold mine.

Prior to the EU summit in Gothenburg in June, Hungary accepted as the first candidate country the transitional period of up to seven years requested by the EU before the free movement of labor is extended to new member states. Hungary was expected to finalize its negotiations on EU membership in 2002. See handbagpicks.com for Hungary economy.

Hungary’s neighboring countries were very critical since the Hungarian Parliament in June passed a law giving ethnic Hungarians in Romania, Serbia, Slovakia, Slovenia and Ukraine special rights in Hungary. Three million people are affected. They receive identity cards as Hungarians, the right to work for three months each year, the right to free health care and good opportunities for study. The Hungarian government wants to attract labor to the country’s growing economy, but neighboring countries see the law as discriminatory because it favors a people group and targets certain countries. The opposition in Hungary has also criticized the law. Tens of thousands of ethnic Hungarians are already working illegally in Hungary, where wages are usually higher than in their home countries. The Hungarian diaspora was created when Hungary lost two-thirds of its territory after the First World War. Just before the New Year, when the new law came into force, Hungary complied with Romania’s demand that all Romanian citizens be covered by the rights. This led to protests from opposition and trade unions in Hungary, which feared an invasion of Romanian job seekers.

In September 2001, Hungary became the first NATO country to decide to invest in the Swedish JAS 39 Gripen for the renewal of the Air Force. Negotiations were started for Hungary to lease a number of Gripen from Sweden for twelve years.

The contemporary history of Hungary

Hungary’s contemporary history is the country’s history after the regime change in 1989–1990, when Hungary, along with a number of other countries in Central and Eastern Europe, broke with the Soviet Union and introduced democracy and market economy. The first free elections were held on March 10, 1990, and the National Conservative Party MDF (Magyar Democratic Forum – Hungary’s Democratic Forum) gained a majority of votes and formed government. Since the late 1990s, the national conservative party Fidesz has been among the dominant political parties, and since 2010 they have held a majority in parliament.

In 2000, Ferenc Mádl took office as new president. He was the only candidate and was elected with a large majority in the National Assembly and broad support in the people. At the election of a new national assembly in 2002, there was almost a deadlock between two blocks. Prime Minister Viktor Orban’s right-wing Fidez alliance gained 49 percent, while the Socialist Party MSzP gained 46 percent, and emerged as a mandatory winner in both elections. The party then formed a center / left coalition with the liberal Peace Democrats. New Prime Minister became Péter Medgyessy. Shortly after the election, he had to admit to working for Hungary’s intelligence services until the early 1980s, but rejected the accusations of cooperation with the KGB.

With its reform policy and good economic growth, Hungary qualified for a place in the first pool at the major EU enlargement among the former Eastern bloc states, and at the December 2002 summit came the formal invitation. In a referendum in 2003, 83.8 percent voted in favor of membership, thus following the unambiguous advice of the government, all parties in the national assembly, business leaders and the country’s other power elite. The membership came into force on May 1, 2004, ten years after the initiative was taken.

Nor is the close ties to the United States a topic of contention in Hungarian politics. During the run-up to the Iraq war, Prime Minister Medgyessy supported an appeal for European support for the US strategy, and Iraqi opposition groups were allowed, with certain restrictions, to exercise at the US military base Taszar in Hungary. However, the country’s own modest troop contributions in the Iraq war were wound up following a political shift in this issue.

Problems in adjusting the state budget to EU requirements formed the backdrop for a government crisis in August 2004. Prime Minister Medgyessy failed in an attempt to replace his finance minister. The attempt created divisions both in relation to the left wing of his own party and to the government partner Fridemokrater, and it ended with Medgyessy resigning. New Prime Minister became the party leader Ferenc Gyurcsány, with a past as a young communist and one of the country’s richest after a parallel career as a businessman and politician. There was also a rubbish in the coalition during the 2005 presidential election, when the Peace Democrats blocked the Socialist Party candidate, with the result that the opposition candidate László Sólyom was elected.

The center / left coalition won the election for a new national assembly in spring 2006. But in September of that year, extensive demonstrations broke out in Budapest following the announcement of a speech at an internal party meeting where Gyurcsány had admitted that “we lied tomorrow, noon and evening” – because the truth of the country’s economy would weaken the party’s chances in the election. Gyurcsány claimed that several governments had been guilty of the same lie, and that the purpose of the speech was to convince their party members of the need for more powerful reform measures. But the demonstrations grew to the most extensive since the revolt against the communist regime in 1956; The 50-year mark took place the same autumn – but the parallels were not considered particularly strong. The demand from the politically speaking demonstrations was the departure of the prime minister. 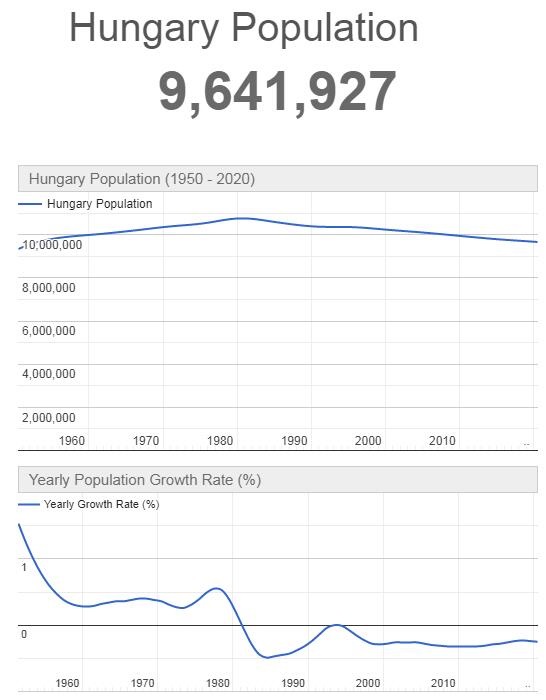