Uzbekistan. Uzbekistan suffered severe drought for the second year in a row, and the United Nations warned in July that over half a million people in the northwestern part of the country lacked livelihoods. The area had severe water shortages, the environment was plagued and health care was poor.

The poverty and political oppression in Uzbekistan continued to support militant Muslim movements, which in turn led to mass arrests of Islamists. The opposition responded during the summer with protest demonstrations in several places, including in Tashkent. The oppression of dissidents hit, among other things. several independent journalists.

Following the September 11 terrorist attacks against the United States, Uzbekistan gained world attention through its strategic location as a northern neighbor to Afghanistan, where the United States attacked Usama bin Laden’s terrorist network. Uzbekistan had long condemned the Afghan Taliban regime’s support for Uzbekistan’s Islamic movement, which received training in Afghanistan and carried out terrorist acts in Uzbekistan. However, President Islam Karimov did not want to overthrow the Taliban regime but hoped for peace in the region. For over a year, Uzbekistan held talks with the Taliban regime about trade. But after the visit of US Secretary of Defense Donald Rumsfeld in October, Uzbekistan opened its territory to the US military and its war against bin Laden and the Taliban regime. It was crucial to the US and Afghan opposition’s chances of winning the war in Afghanistan.

In November, aid shipments of food and other supplies were launched via Uzbekistan to the war-torn and starved Afghanistan on the border river between the two countries. About 3 million people, half of the population of northern Afghanistan, were estimated to be entirely dependent on outside aid for their survival. Following international pressure, Uzbekistan opened the so-called Friendship Bridge in December so that greater amounts of aid could be brought in by road and rail.

Just before US Secretary of State Colin Powell arrived in Uzbekistan in December for negotiations, Parliament decided to make Islam Karimov a lifetime president. It was clear that Karimov had used his country’s key position in the anti-terrorist campaign to further strengthen his authoritarian regime.

Uzbekistan was proclaimed an independent state on August 31, 1991. The country became a member of the Commonwealth of Independent States (SUS) on December 21 of the same year. Independence was confirmed in a referendum on December 29, with 98 percent support.

A new constitution of December 8, 1992 stated that Uzbekistan is a secular state. As a substitute for real opposition, a number of regime metro parties were created and represented in the National Assembly, Oliy Majlis. In 1995, Karimov held a referendum in which 99.6 percent of voters, according to official figures, supported the proposal to extend his tenure as president until 2000. At the 2000 presidential election, he was re-elected for five new years by 91.9 percent, and by constitutional amendment in 2002, the president’s term of office was extended from five to seven years. Only government-controlled parties can legally stand for election, and opposition parties such as Birlik and Erk are illegal.

In 2008, Karimov signed a decree prohibiting all independent groups from nominating candidates for parliamentary and presidential elections. Consequently, only government-controlled parties retained the right to nominate candidates. In the 2007 elections, Karimov was re-elected for a new term with 90.7 percent support. The opposition and international observers believed the election was characterized by cheating.

According to the Organization for Security and Cooperation in Europe (OSCE), the authorities controlled all public appearances in connection with the election, and all state-controlled media agencies urged voters to vote for Karimov. The OSCE pointed out similar shortcomings in the 2015 presidential election, when Karimov was re-elected president again, this time with 90.4 percent support. Election observers from the SUS and the Shanghai Group, for their part, claimed that the election had been conducted democratically and fairly.

Prior to the election, commentators had speculated on a possible shift in power following a series of intrigues in Uzbekistan’s elite power. Karimov’s daughter, Gulnara Karimova, accused the head of Uzbek security service Rustam Inoyatov of trying to poison her as part of preventing her from taking over power after her father. In March 2014, Karimova was placed under house arrest in Tashkent, accused of corruption. During 2014, many of her properties must have been confiscated. The authorities must also have prosecuted several people in Karimova’s inner circle behind closed doors (Walker, 2014).

Islam Karimov died on September 2, 2016, and a few days after the Uzbek parliament appointed Oliy Majlis Shavkat Mirziyoyev as interim president. On December 4, 2016, Mirziyoyev was elected as the country’s president with 88.6 percent support. 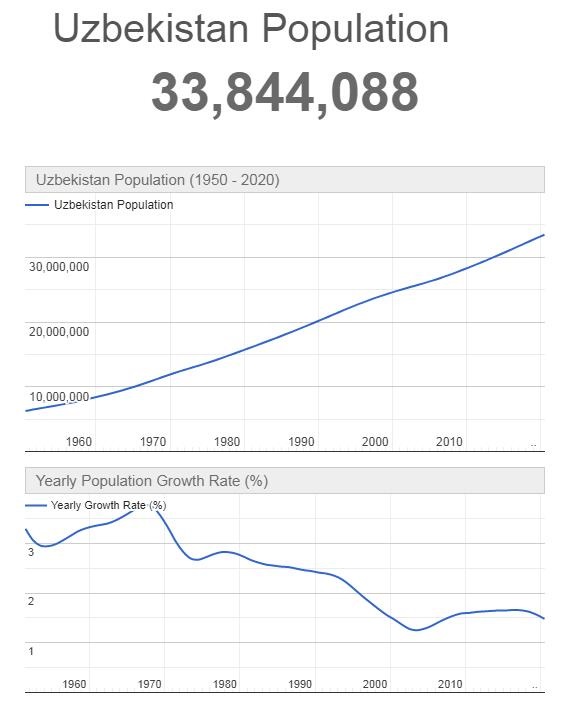