Turkmenistan. At the beginning of the year, Turkmenistan criticized the negative attitude of the international community to Afghanistan, saying that the fear of Islamic fundamentalism was excessive. Radical Islamist groups had hitherto not gained a foothold in Turkmenistan and the neutral country maintained diplomatic relations with the Taliban regime.

Following the September 11 terrorist attacks in the United States, Turkmenistan refused to open its US military bases in its war against Usama bin Laden’s terrorist network in Afghanistan. At the same time, the United States expressed concern that militant Islamists could flee Afghanistan over the border with Turkmenistan, even though Turkmenistan declared that refugees were not welcome. One million ethnic Turkmen live on the Afghan side of the border and refugee flows were difficult to control.

In October, aid missions began via Turkmenistan into war-ravaged Afghanistan. Until December, when Uzbekistan opened an important border bridge to Afghanistan, Turkmenistan was a leading channel for aid distribution.

More than half of Turkmenistan’s population lives in poverty. The standard of living fell sharply during the decade following the independence of the Soviet Union in 1991. But Turkmenistan is the world’s fourth richest nation in terms of gas reserves; There is hope for a new gas pipeline that will enable extensive exports to the western world. Most of the gas exports went to Russia in 2001.

Authoritarian and unpredictable President Saparmurat Nijazov, who isolated the country increasingly from the outside world, announced during the year that presidential elections would be possible in about nine years. Nijazov, who adopted the title Turkmenbasji (“the Turkmen chief”), has otherwise been appointed president for life and is surrounded by a very special cult of personality.

During the year, a discovery of an approximately 4,000-year-old writing was made during excavations in Ashgabad, the capital of Turkmenistan. The finding suggested that Central Asia had a civilization comparable to that of Mesopotamia hundreds of years before the Chinese developed their writing. 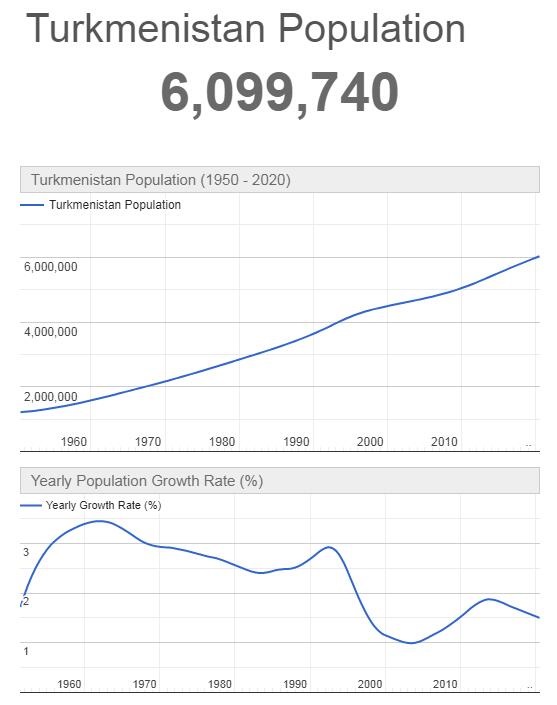