Subsequent massacres in June 1998 led Britain and other NATO members to declare the need to intervene in the conflict. After a brief ceasefire in the second half of the year – used by the UCK to carry out its own persecution policy of the Serbian minority in the province – the Serbian army moved back into the province. In the spring of 1999, following negotiations from the US and the EU, a round of negotiations was held in Rambouillet, France. They tried to impose a protectorate solution on Yugoslavia, which the country rejected and it opened the way to war. Yugoslavia was portrayed in the international media as the culprit who opposed a negotiating solution and at the same time was isolated from its traditional ally Russia.

In March 1999 NATO begana massive bombing campaign against targets in Serbia, Montenegro and Kosova. The main participating countries in the war against Yugoslavia were the United Kingdom and the United States, but aircraft, ships, etc. also participated. from i.e. Germany, Italy, France and Turkey. The bombers flew so high that they were out of reach of the Yugoslav aircraft. That, in turn, made the bombings less accurate, and hundreds of Serbs and Kosova Albanians died during the attacks. The war triggered a comprehensive Serbian revenge campaign against Kosova. A campaign that sent hundreds of thousands to flee to neighboring countries and Montenegro. NATO’s “smart” bomb attacks destroyed hundreds of bridges, factories and public buildings – including the state TV station, schools, a hospital and the Chinese Embassy in Belgrade.

Just as a violent propaganda war against NATO was launched in Yugoslavia, the Western world media began a violent propaganda war against Yugoslavia. One of the countries where manipulation was strongest was in Denmark, which was reflected in the fact that the war here found the greatest support within the NATO bloc. Nevertheless, a large number of demonstrations and peace arrangements were held to support the end of the war.

In early June, the G8 group sent former Russian Prime Minister Viktor Chernomyrdin and former Finnish President Martti Ahtisaari to negotiate the terms of a ceasefire. The ceasefire proposal was less extensive than the Rambouillet proposal, but implied that Kosova should be transformed into a NATO-controlled protectorate with a symbolic presence of Russian forces. The bombings were canceled on June 10, and after negotiations with NATO military leaders, the Yugoslav forces agreed to accept the entry of a UN force – KFOR – consisting of 35,000 soldiers. The ceasefire agreement recognized the supremacy of Yugoslavia over Kosova, but at the same time the province was in reality transformed into a protectorate under NATO control and with political support from the UN.

While the Serbs had previously carried out ethnic cleansing targeting the Kosovan Albanians, the cleansing was now targeting the Serbs and Gypsies, costing dozens of lives after KFOR’s arrival in the province. The UCK partisans were incorporated into Kosovo police, but at the same time the guerrilla was not completely disarmed. While the many Albanian refugees returned to Kosova, other thousands had to flee from their homes to Serbia.

The railway uniting Montenegro with Serbia was reopened in October 1999 and the ban on flights to Yugoslavia was lifted in February 2000. At the same time, the political distance between Montenegro and Serbia was increasing and in November Montenegro unilaterally introduced the German D-Mark as a means of payment.

One of the Serbian ultranationalist paramilitary leaders and chairman of the Party of a Unified Serbia, Arkan – whose real name was Zeljko Raznjatovic – was assassinated in January 2000 at a hotel in Belgrade. It triggered a series of political killings that also reached Defense Minister Pavle Bulatovic, who was murdered in February. 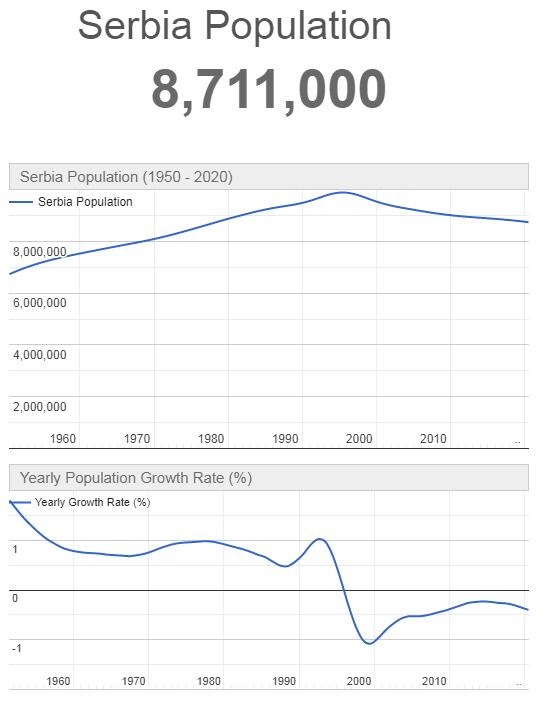