Samoa. In the March parliamentary elections, Prime Minister Tuilaepa Sailele Malielegao’s party, Human Rights Protection Party, HRPP, lost some seats and remained at 23, while the opposition Samoan National Development Party, SNDP, gained 13 seats. The number of independent members nearly doubled to 13. When the newly elected parliament was assembled, Tuilaepa Sailele Malielegaoi received support from 28 of the 49 members and sworn in for his second term.

A government spokesman warned in November that the harvesting of Samoa’s forests is happening at a rate that threatens to wipe out the country’s timber reserves within ten years. The government therefore plans, among other things, stricter rules against felling.

Gross national product (GNP, per resident and year): 4100 US$

State and form of government
Constitution of 1962
Parliamentary democracy (in the Commonwealth)
Parliament: Legislative assembly (Fono) with at least 50 members (10% women), election every 5 years
Election of the head of state by Fono every 5 J.
Voting age 21 J.

Employees by economic sector: no information

Unemployment (in% of all economically active persons)
no information 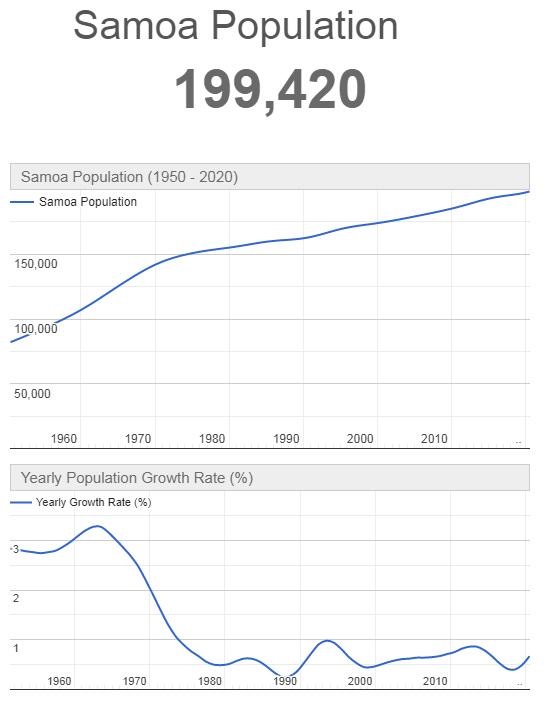