Northern Macedonia (until 2019 Macedonia). Ethnic contradictions overcame violence in Macedonia during the year, which otherwise escaped the discharges that affected the other former Yugoslav republics.

A new Albanian guerrilla, the National Liberation Army UCK, took up arms against the Macedonian majority at the beginning of the year. Fighting raged mainly in the Albanian-dominated northwestern Macedonia. After strong pressure from the Western powers, which at all costs wanted to avoid a new full-scale Balkan war, a peace agreement was signed in August. In accordance with the agreement, UCK surrendered its weapons to NATO, which sent a force to monitor disarmament. The promised amnesty for guerrillas also came, but the reform package that would strengthen the rights of Albanians was delayed by Macedonian nationalists in Parliament. In November, reforms were finally adopted regarding, among other things. the language, education and political representation of the Albanians. The unifying government formed during the crisis burst when the Social Democrats jumped off.

In December, a deadline for the adoption of a law on decentralization of power expired, also under the peace agreement. The law was a prerequisite for a promised donor conference under the auspices of the EU.

In July, around 20,000 in Skopje demonstrated against a parliamentary proposal to overhaul municipal borders against Albania and to give more power to Albanians living in certain areas of Macedonia. Nevertheless, in August Parliament passed the law on the revision of the border against Albania, and at the same time decided to grant extensive autonomy to the Albanians, who are the dominant group in certain areas of the country. An attempt by the Macedonian nationalists in November to repeal the new laws failed, as they only managed to garner 26.5% support ifbm. a referendum on the issue.

Also in November, Hari Kostov resigned as prime minister. The post was temporarily taken over by Radmila Sekerinska. In December, Vlado Buckovski was inaugurated as new prime minister and formed a new government.

In July 2005, Parliament passed a new law that allowed Albanians to raise their flag in the areas where they are in the majority. After Macedonia, together with Albania and Croatia in 2003, signed the North American-Adriatic agreement to pave the way for the accession of the three countries to NATO, Macedonia initiated a series of reforms to pave the way for accession in 2009.

The main opposition party, VMRO-DPMNE, won the parliamentary elections in July 2006 by 40% of the vote, while the Social Democrats had to settle for 24%. OIRM-PDNM leader Nikola Gruevski was appointed new prime minister.

Interior Minister Ljube Boskovski and Police Officer Johan Tarkulovski were summoned by the War Criminal Court in The Hague, charged with the killing of 7 Albanians in the village of Ljuboten in 2001. If they are found guilty, they will be sentenced to life imprisonment.

The June 2008 parliamentary elections were won by the Conservative Coalition, which went up 18 seats to 63. The Socialist-led opposition went back 5 seats to 27. The election was marked by only a few irregularities. 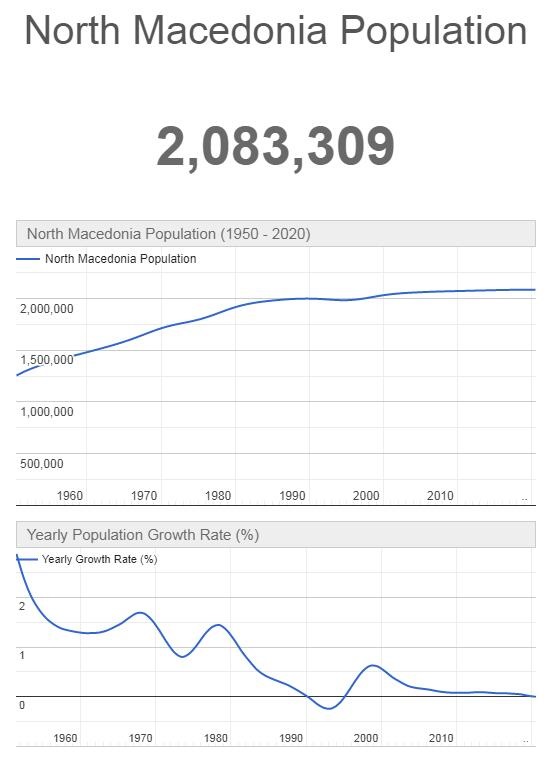