There are many delicious fish dishes near bodies of water, for example at Lake Skadar. The fish is prepared together with fruit or vegetables. Frying or baking the fish is common. But there are also unusual-sounding dishes such as eel on a stick.

In the mountains of Montenegro, people like to eat hearty. There is a lot of cheese and meat. Fruits and vegetables are not so easy to grow at high altitudes and are therefore less likely to be served. Mountain dishes such as kacamak are famous. It’s polenta with potatoes and a certain cheese.

State and form of government
Constitution of 2007
Republic
Parliament (Skupstina) with 81 members; Election every 4 years
Direct election of the head of state every 5 years (one re-election)
Suffrage from 18 years of age 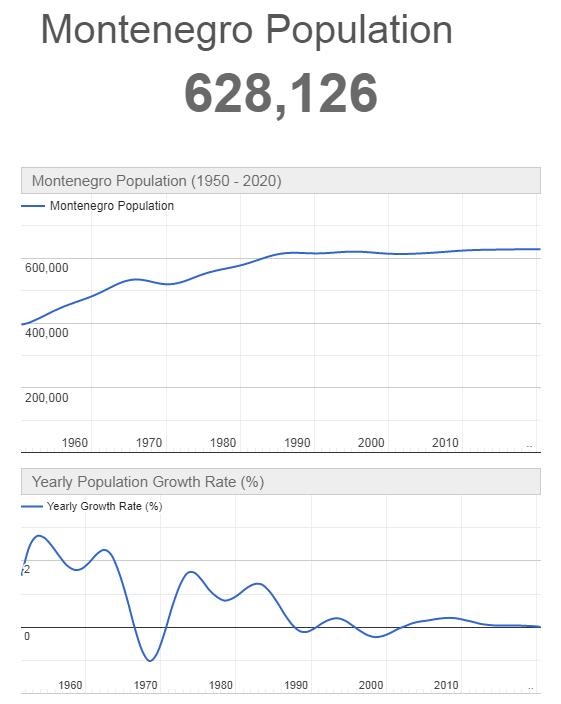 Danilo died in 1735 and his nephew Sava succeeded him by election. His very long government (1735-82) is characterized by the contrast between the Russophile and the Venetian political tendencies. Sava remains fundamentally faithful to Venice, but, of a docile and pious nature, entirely devoted to religion, he is unable to assert himself or his politics. Thus it happens that a relative of his, the vladika, takes over the government Basilio (1752-1766), intriguing, ambitious and simulator who knows very well how to exploit the widespread sympathies that the population had for Russia. Dead Basil, still living Sava, an enigmatic figure of adventurer appears on the scene of Montenegrin history, known under the name of Šćepan Mali (Stephen the Little), who, pretending to be Tsar Peter III of Russia and continuing the political directives of Basilio, despite the aversion of Russia and Venice, manages to dominate Montenegro until 1773. Even after the disappearance of Šćepan Mali, Sava cannot take back the reins of the government, exercised by the governors, members of the Radonić family, who, almost continuing the Venetian governors, they had made this office a hereditary prerogative of their family.

Quite different from Sava is the strong political temperament of Peter I (1782-1830). He begins by affirming the power of the vladika in front of the governors and on the outside he confronts, and in the bloody battle of Krusa (1796) he defeats and gets rid of, the Shkoder Pasha Maḥmüd Bushātī, a very enemy of Montenegro.

From 1797 to 1814 all his efforts were concentrated on obtaining the Bocche di Cattaro, which after the fall of the Republic of Venice had remained without a sovereign. To obtain them, the vladiha fights valiantly on the side of Russia against the French, especially in the wars of the V and VI coalition, but nothing can be achieved, as the Congress of Vienna in 1815 assigns them to Austria. Peter I was responsible for the first codification of Montenegrin law, which took place in 1798 with the promulgation of the Zakonik.